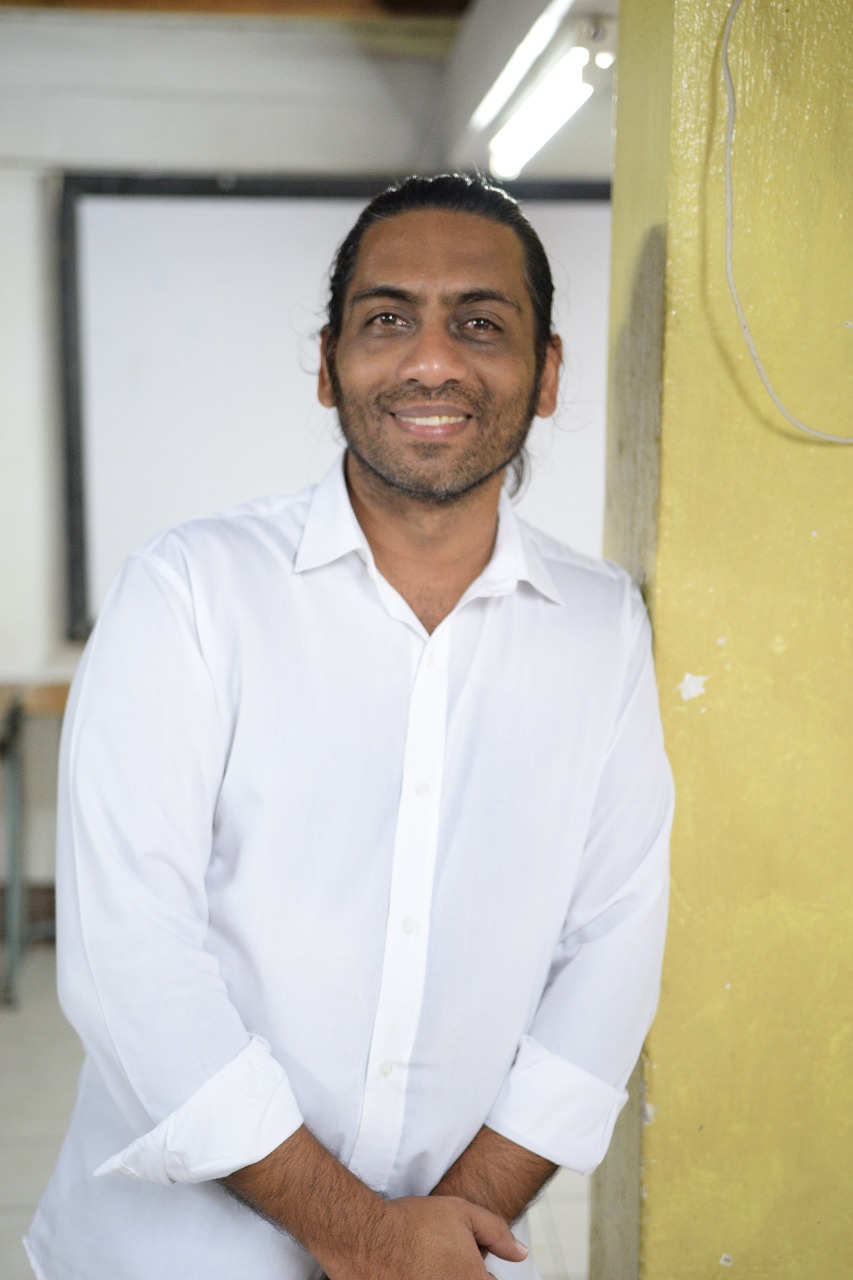 December 1931, six thirty p.m. Somewhere above the Andes Mountain range, Antoine, a veteran pilot of La Poste Française, a mail company, knew the chances of coming out of this flight alive were running low. A couple of things had gone wrong since the beginning. Ten hours before, on take-off, he had sensed something fishy with the instrument panel. Six hours later, all his apprehensions were confirmed; navigational and communication systems had both gone berserk. To make matters worse, he had learned thirty minutes ago, through radio transmission, that a huge storm was forming about seventy miles ahead and that he should try to avoid it by drifting east twenty-five degrees from his normal path.

Antoine realized the precariousness of the situation. Without a proper compass to rely upon, how would he find his way on such risky grounds? It was almost night now, behind him Léon his co-pilot, a fresh recruit from Bordeaux, was feverishly fastening and unclipping his seat belt to no end.

« Let’s turn around and find some place to land » he cried once more in Antoine’s ears, over the deafening roar of the engines.
But the pilot did not answer.

« This way we’re doomed. And you know it. » Léon tried again.

Antoine remained silent. He checked the fuel level. Bah… shallow. They’d been zigzagging a lot due to the various issues. What he knew for certain was that going back wasn’t an option. The whole place was stuffed with tips and rocky terrain – won’t do.

Léon was still young in the job. He’d read about heroic crash landings in books. So Antoine didn’t mind too much. Right now all his efforts were geared towards the only strategy he believed was worth a try: accelerate and drift east. He had to fly right through the monster before the latter spread, keeping in mind that storms in this part of the world had that sinister reputation: they expanded at breakneck speeds. Many pilots had found themselves trapped inside these demons. For Antoine and his ageing freight plane L’hirondelle, it was now a desperate race against the clock.

Then suddenly it appeared, just a few miles away, like the worst of nightmares. Antoine whistled in deference. Léon freaked out and started laughing nervously. The storm was right there. Gigantic, phenomenal and coming from every direction at the same time… Like a colossal black wave, it scrubbed the highest peaks, bringing the tallest pine-trees tumbling to their feet, with extraordinary rage.

Antoine scrutinized the horizon for the last moments of daylight left. He was still hoping for a way out or at least anticipate one. Nothing. The cancer had spread all over. In his head the pilot perceived a distinctive call: « CHARGE!! » He closed his eyes and tried to compose himself. What were the standard procedures again? First, he had to get in touch with the base crew and inform them of his position. Second, in view of future darkness, his hands had to be fully accustomed to buttons, levers, keys and the lot. Third, Léon that young bastard had to fasten his seatbelt for good, and shut up.

By the time Antoine’s eyes reopened, sheer obscurity prevailed. He could sense imminent danger now. As the first gusts hit the plane, he felt the whole metallic structure start to shake violently. Throughout his eventful career he had known lots of ups and downs: engine breakdowns, fuel shortage and equipment malfunctions. Once after a crash landing in the Sahara, he had spent five days and five nights walking to find water. Three more to reach civilization. However, he had never fought a storm. Especially not one of this magnitude… The radio was dead. Thank god Léon lay quiet for now, shell shocked, while Antoine’s hands were busy as they had ever been.

A new wave of gusts hit the plane. This time Antoine thought everything was over. They did a full 360 degree swirl, the outer steel sheets shrieked and pulled ragingly. Soon Antoine became aware that bits and pieces of L’hirondelle were being carried away as the intensity of the squall trebled. Clearly bolts and screws were no match against such havoc.

Antoine’s arms were aching badly. Maneuvering the stick under extreme conditions was overwhelming. He had not rested for hours and he was in sweat. He considered his options. The fuselage wouldn’t last for long. Furthermore rain, thunder and lightning had just joined in. With his eyes getting used to the dark he had managed 25% visibility. Now it was close to zero. Actually to see anything at all, Antoine was totally dependent upon the momentary sparkles of lightning…

It was no use hesitating anymore. Gathering all the strength he had left, Antoine clenched the stick with both hands and pulled it towards him. With what seemed to be an absurd effort L’hirondelle pointed its old nose towards the sky and aimed at the highest clouds above. As he emerged to the other side Antoine was charmed by the remarkable change in surroundings. Simply put, he had traded hell for heaven in the twinkle of an eye.

Underneath, compact and compressed, lay an unlimited cushion of clouds. It looked like cotton and Antoine thought it felt like it too. He could still hear an echo of the turmoil in the distance but up here it felt like a toothless beast. Antoine checked the fuel gauge again: nearly done… He knew the only means to come out alive of this errand would be to fly very fast past the storm and quickly find a landing spot through an opening in the clouds. Without being pessimistic, he knew how all this would end… Strangely enough he didn’t worry too much about the stakes. He had led a fulfilled life – thirty years of aviation in the lap. Started quite young as a mechanic apprentice right up to the post of senior pilot he had achieved in France’s most reputed mail company. He had seen it all. Together with other friends he had discovered new routes and tried several types of planes as the years went by. In many a way he had been a pioneer… So now, with fate knocking at his door, he was rather inclined to welcome it with a wink.

One after the other, stars were lighting up for their nocturnal office. Antoine closed his eyes and made a wish. When he opened them again his prayer had been heard: the whole sky was illuminating sumptuously like a huge Christmas tree. Magical. Thousands of stars like thousands of souls knowing precisely, as if, which space to occupy in the immensity. The atmosphere had turned phantasmagoric. All the light coming from above was now reflecting on the surface of the clouds and in turn on the plane’s frame molding L’hirondelle into some improbable U.F.O! So much so, Antoine had to put his sunglasses on to protect from the glare!!

And his mind began to wander. He reflected upon his freight. Sixty-four huge bags full of hundreds of letters, postcards and parcels each, totaling an estimated charge of 1.2 tons. That was quite a load! 100,000 people were directly concerned, perhaps more. Antoine tried to picture them. They all seemed somewhat anxious… That gift or that letter he was bringing them from the edges of the world was so precious to them! Hope, Joy, Love, it was only today that Antoine fully realized how much of a vital and yet invisible link he had been in the lives of numerous people across the years…

Numerous as the stars, he smiled. Never had they shone so intensely… Now, each time he gazed at one, he could see the faces of his own loved ones revealing themselves in flashes. His wife and kids, his parents, his friends, all the people who had counted in his life… For years Antoine had considered stars as fascinating question marks; tonight they were his soul mates for eternity.

And L’hirondelle carried on its journey into the light… 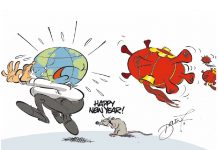 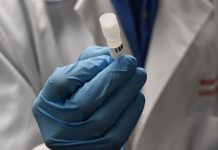 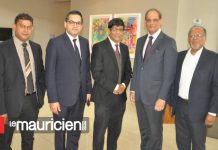