There are a number of posts that political nominees can occupy. They may have to handle extremely delicate dossiers of national importance and no government anywhere in the world can afford to let sensitive information be available to people it doesn’t trust. A person from non-governmental circles, however much qualified and independent-minded he may be, might always be tempted to leak certain information. This can be embarrassing to the government and may even destabilize it  –  a situation that will not be of any good to the country. Don’t trust a stranger is a wise policy.

However, certain nominations are carried out on dubious grounds. The posts go to uncles, aunts, family members, relatives, agents, old friends, candidates who lost the elections or who were denied a ticket but who were promised “something” as a gift, or those who have been financially supporting the political Party. The posts are also distributed on the basis of religion or caste.

This type of nomination is clearly unfair. Job-seekers are automatically disadvantaged given that they are less connected or not connected at all with political personalities. Besides, it is discriminatory. At a time when we are talking of modernizing our island, there’s no place for putting family first. Many of the nominees are most of the time incompetent yet they get paid. We have had instances where jobs were tailor-made. People are no longer willing to accept this situation as the protest march in Port Louis has demonstrated. They have said a resounding NO to impunity. The government cannot go on pretending it hasn’t heard.

Why is a committee not set up to select candidates? The posts can be advertised. The government can propose its own names. Responsible and reputable individuals will chair the committee to look into the candidates’ track record, background, experience, knowledge and understanding of the jobs, their capacity for producing results and their ability to decide and even oppose unnecessary interference from above (in short, people who are not yes men).

How much salary the candidates will draw must be made known before, not after, their nomination. The committee’s decision will be final. Thus, we will be spared the policy of imposing handpicked persons on us. The public will know whether the person is fit or not because nomination procedures would be clear right from the beginning. People will themselves see that in this system there is practically no place for preferential treatment.

I have nothing against political nominations if they are done the right way. A politician must be able to tell me as a citizen why his 75-year-old father is suitable for a certain post and not somebody else. It’s the job of the government to justify why a nominee obtains Rs 165,000 monthly. A politician must be able to tell me why nominees are getting all types of privileges when more than 60,000 citizens are currently threatened with joblessness and many others are short of money as a direct result of the pandemic or the oil spill. The performance of nominees must also be evaluated. In case they are not productive, they will have to go.  Transparency in nominations would be a remarkable step in the good direction. Once this becomes a norm, subsequent governments will follow along the same line.

Under all governments, we have had opportunists pressing for favours. This has formed into a habit and governments have played the game. That is how certain individuals have made fortunes to the detriment of others. There must be zero tolerance for this kind of mentality. As long as we have bann roder bout around, and as long as the governments tolerate them, injustice will prevail.

The smoker knows that smoking isn’t healthy yet goes on with it. The government very well knows that nepotism is unethical yet carries on with it. Both are guilty of addiction to bad habits. But bad habits can be broken. All it demands is a strong will. Does this government have this will?

It’s time to begin a reform. 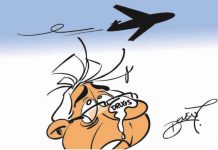 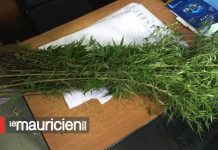