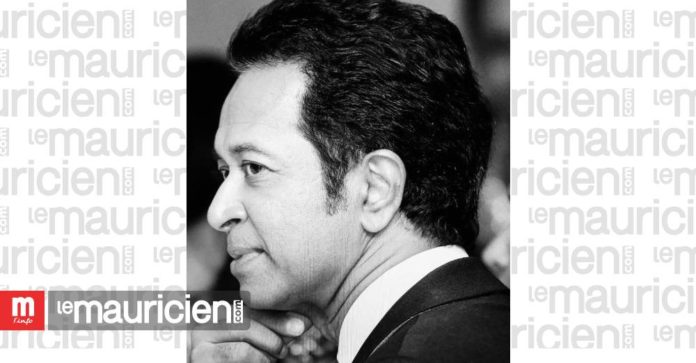 The story begins in the afternoon of 9 March 1988, whilst I was driving back home after work, with my father Somdath and my mother Chandranee. We worked in close proximity to one another:  my father and I were practising at the Bar, whilst my mother was Deputy General Manager of the Mauritius Government Tourist Office (now the MTPA). She told us that one Marianne Wiggins, an American travel writer for a prestigious magazine, had paid her a courtesy call at her office, and that her husband was a writer.

I immediately queried about his identity. When she told us it was Salman Rushdie, I exclaimed: “Rushdie? The Salman Rushdie?” We were dumbfounded, as Rushdie was by then already a famous writer within Commonwealth literary circles. He had won the prestigious English Booker Prize in 1981 for his book Midnight’s Children, which I had sent my father whilst studying in London.

I immediately suggested that we invite the Rushdies home for dinner. My parents readily agreed. So did the Rushdies, despite their tight schedule. They cancelled a prior official engagement, and came home on the very next day. We spent a delightful ‘literary’ evening, and the conversation flowed freely. My father, a writer and poet, was transported by the exchanges with his fellow writer. They even spoke in Hindi, which happens to be their common mother tongue. I watched in awe. Rushdie, who was then 41, had a piercing, but gentle look. He struck me as someone very calm and composed – not to mention his utter mastery of the English language and his quest for literary perfection.

Rushdie told us that his first draft of Midnight’s Children had taken nearly two years to write, but that its polishing process spanned over three years. He also told us that he had a new publication in the pipeline, whose outline had taken him a year to write. He added that, three years on, its perfected version was imminent. He did not divulge the book’s title, but apprehended that its release might create some ripples. Little was he to imagine that the book, which came out six months later under the title The Satanic Verses, would instead create a tsunami that would nearly engulf his life 34 years later.

Before he left, my father gifted Rushdie one of his poetry books in Hindi; and I asked him to autograph our copy of Midnight’s Children, which he gladly obliged. And before I leave, I shall let my father recount the fateful evening, as he had done the following year in an article in 5-Plus Magazine, entitled With Salman Rushdie in Mauritius:

“Salman Rushdie was in Mauritius in March last year. As he was not a celebrity then – at least as far as Mauritius was concerned – no fuss was made about him either in the press or at the MBC/TV. Last year I wrote about him in an article entitled « Random Literary Notes » which was published in L’Express on November 4. Who cared even then?

However, today it is different. Salman Rushdie has become a household name because a price has been set upon his head for having written The Satanic Verses. The whole world is watching and wondering how it will all end.

Salman Rushdie came to Mauritius with his wife, Marianne Wiggins, an American writer, and they stayed at the Royal Palm Hotel. When I learned that he was here, we arranged to have dinner together on March 10. It was kind of his wife and him to turn down the official invitation of a VIP to spend an evening with my family and myself.

I knew Rushdie for having read his book Midnight’s Children which my son Sanjay had sent me from London, where it had created quite a sensation after winning the Booker Prize in 1981. When he came home, he accepted gladly to sign the book for us.

As he could read Hindi, I gave him my third collection of poems, Nashe Ki Khoj Mein (In quest of Intoxication), which was published in India. Later, his wife was going to write about it and tell us: “Somdath’s poems have given us much joy…I’ve positively demanded of Salman that he reads the poems first in Hindi so my imagination can freely dance to their music, before he translates. Someday, it would be wonderful to hear Somdath recite them himself”.

When I saw the pictures of Salman Rushdie recently in the press, I hardly recognised him without a beard. His beard had become part of my souvenir of him. And I have the souvenir of a sympathetic man who was fond of talking. No dull moments with him.

He told us that he took five years to write Midnight’s Children and he added that in it he wanted to capture the Bombay of the fifties. It is a book about children who were born in India on Independence night, August 14-15, 1947.

Being himself born in Bombay in 1947, he felt no doubt some affinity with them. We learned from him that his family came from Kashmir. Hence his reference to it in the book Midnight’s Children was followed by Shame, a novel which is set in Pakistan.

When he came to Mauritius, he had just completed another novel and he felt he deserved a holiday. What kind of novel was it?  I understood that it revolved around the life of an Indian film star, but he did not say that its title was The Satanic Verses. Little did I imagine at that time that we were talking about an explosive book that was going to become the centre of a terrible storm.

Having known Salman Rushdie personally, I can feel his trials and tribulations more acutely. The fundamental issue to my mind is freedom of expression together with all its limitations. A visit which could have remained without any great interest has now become part of our history. Just as we speak of the coming of writers of English like Joseph Conrad and Mark Twain to Mauritius, we shall have henceforth to speak also of the coming of Salman Rushdie. I feel happy to have been in the privileged position of witnessing the visit and to have recorded it for the benefit of my countrymen”. 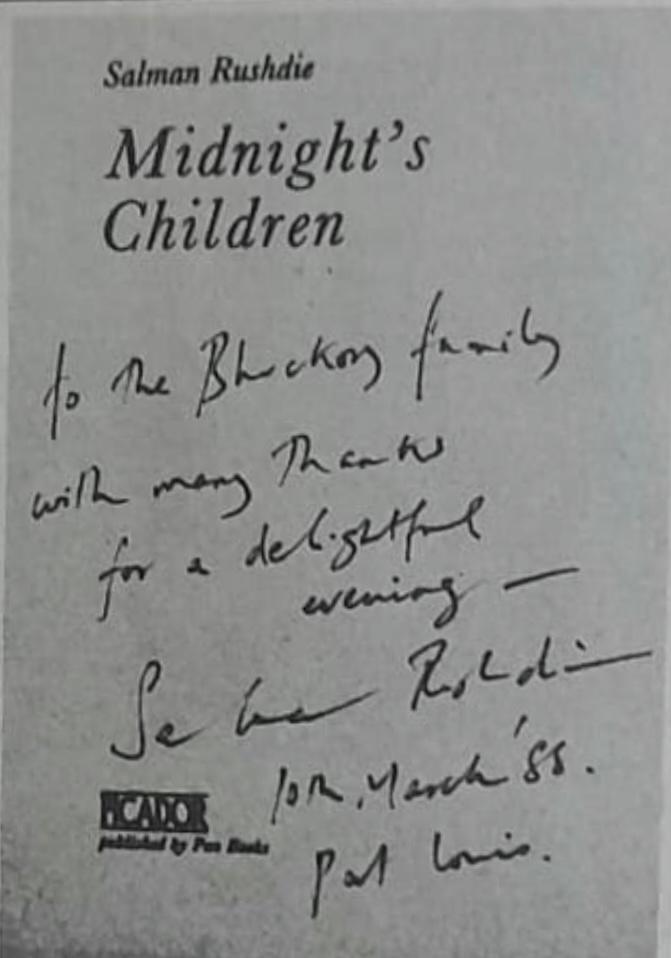