I have deliberately allowed the din surrounding the 2022-23 Budget to subside to offer a few humble comments and make some observations, free from all partisan considerations, but nevertheless  determined to call a spade a spade.

The Budget Speech and the ensuing debates yielded, in the most, what we have been so used to witness, a tedious speech that as usual escaped the comprehension of the ordinary man watching it live on TV – indeed even high-calibre intellectuals with no basic knowledge of economics and budget  intricacies -,  who only managed to know something popular had been announced judging from the ‘tap latab’.  And that lengthy speech must have attracted a record number of ‘tab  latab’, while it can be a safe guess to say that most of those ‘taper latab‘ could not fully grasp all the implications, short and long term, of some of the measures they so noisily applauded.  For how long government will be able to sustain the burden of some munificence (however much welcome to alleviate sufferings), manifestly short-term, a dominant characteristic of this present Budget. 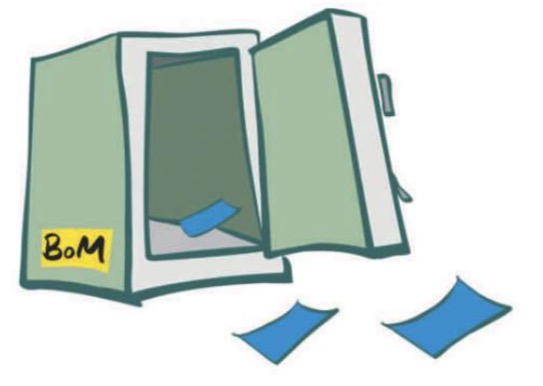 Sir Winston Churchill once compared a good speech to a skirt: ‘long enough to cover the subject, but short enough to attract attention’. Our Chancellor has his own methods, and tricks for that matter, to make a Budget Speech appear what it is not in reality and attract undeserved ‘tap latab’.

To come to the debates that ensued, wrapped up pronto, it was overall a drab performance with most speakers, hampered it is true by Covid-19 restrictions, especially the neophytes, reciting, monotonously, from their written notes just to be part of the show. For or against, there were a fair number of good interventions, to defend sides, albeit at times exaggerately biased, on both sides, a barrage of heavy artillery heralding ‘doom and gloom’ on that side, while it was only ‘marvel‘ on the opposite side – and guilty of conniving in promoting that fake sense of ‘bien-être’ -, the entire show reminiscent of a ‘penalty shoot-out’, and a good lot of balderdash and repetitions, just to be part of that annual mass and enjoy to  be zoomed live on TV for minutes running,  and inevitably also an occasion  to sing the praises of the Boss in the best manifestation of fawning! While we cannot omit those speakers, taking full advantage of the gift of the gab and a good command of the language of Shakespeare, using rumbling words and expressions in at times theatrical postures, somewhat restricted by the sitting position, to play for the gallery, and to attract some ‘tap latab’. Here, I have particularly in mind that one who argued the present ruling incumbents are ‘results-oriented’ – attempting a shot at redemption (?). What results? Those numerous backpedalling and cover-ups, or Metro Express? That one – a sample of ‘their’ sense of priority – to be the ‘cherry on the cake’ in the sense it deserves, not far ahead!!! Attendons voir.

There have also been extra-parliamentary comments, worth to be considered, and to cut short I’ll limit myself to only two which suffice to raise serious interrogations. Firstly, what Sithanen wrote in a press article published in a daily on Friday June 10 – that short delay for an analysis of that level speaks for itself.  However much we may have disagreed with Sithanen with some of his measures when he was Minister of Finance, on two occasions, yet he remains a top economist, albeit a maladroit politician.  He must have measured his words when he spoke of ‘fiscal skulduggery and shuttling and shuffling of money’ from different funds shrouded in mystery, severe indictment to say the least, even not to have to mention the (ill)famous CSG, the latter we remember considered by someone writing in these very columns not so long ago a ‘disaster in the making’. But Padayachy ‘persiste et signe’ with his baby. Here the questions that arise: ‘Can Sithanen be wrong, and what if he is right?

Secondly, we have Pierre Dinan, who for years has offered his enlightened analyses and comments, in another article who had this to say, inter alia: ‘Ce qui frappe, c’est la réduction de la dette publique…Il faudra faire attention, car c’est une dette publique que nous aurons à gérer. Nous devons assurer nos responsabilités vis-à-vis de ceux qui viendront…’ Simple constat ou mise en garde! (Here, this reminds me on what Herbert Hoover, 31st President of the United States, once said: ‘Blessed are the young, for they shall inherit the debt’, a sarcastic parody of Jesus Christ’s words in his famous Sermon on the Mount: ‘Blessed are the mild-tempered, for they shall inherit the earth’. (Gospel of Matthew chapter 5, verse 5.) That same person who after the presentation of the 2021-22 Budget had this to say: ‘Comment va-t-il balancer son Budget? ‘ One year later Sithanen has provided the answer. Is Pierre Dinan, through his apparently more ‘amenable’ posture this time, inviting us to read between the lines?

Moreover, there was some common reasoning in the comments of Duval, Bérenger and Sithanen, all three former Ministers of Finance, although the resemblance stops there, and which cannot be a mere coincidence. While at the same time it is appropriate to remind that of all Ministers of Finance since Independence, only Padayachy was a former top gun of the Bank of Mauritius. And when we consider what the present government has made of the Central Bank since Padayachy has been holding the strings of the purse – reducing it in the words of one commentator into a ‘wing of the Ministry of Finance’, attracting in the process severe words of caution from the IMF -, the choice of Pravind Jugnauth to pick him as his successor to the portfolio he held for three long years along with his position as Prime Minister may possibly explain a lot of things.

I deem it appropriate to come back to Sithanen’s remarks on the Budget, indeed an eye-opener. Granted, Sithanen is not a choir boy, but his ‘fiscal skulduggery’, among other comments, should remind us of the economic collapse of Sri Lanka which manifestly did not occur overnight, but the consequence of years of mismanagement of the national economy, indebtedness, abuses and deviations of a ruling clique. Do not these remind us what has been going on here for a certain amount of time, more precisely since beginning of 2017? The shrewd reader should have no difficulty to understand the choice of this date.

P.S.: I have always wondered, along with numerous others I am sure, why so much fuss around the presentation  of the   Budget, why  all this ‘carnival’ mobilizing the media,  with photo-taking to ornament the show. Is there any replica of this anywhere else in the world?