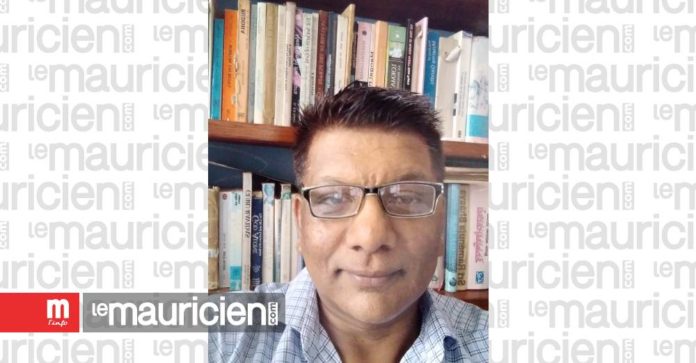 I believe it’s a story worth telling since it is about the disappearance of a way of life or may I say its demise.

A way of life which we were in control of and which brings genuine happiness, inner peace and as the French would say “la joie de vivre”.

A humble life with a lack of abundance saves us from greed and procures us with great source of happiness and as Louis Armstrong sang “what a wonderful world”.

At no point am I pretending that things were easy, or it were the good old days. No! Far from it, all I am saying is that despite the harshness of life, scarcity and even poverty the small pleasures of life brought warmth, joy and happiness just like “I see friends shaking hands, saying how do you do, they are saying I love you.” Men in my neighborhood will shake hands if not acknowledge each other by a sign of hand across the street. Today people drive in their berlin not even seeing the faces of the neighbours going by.

The carefree youth of these days in the City of Port-Louis had this one huge playground called the Champs de Mars. It was a twice daily pilgrimage 7 days out of 7.

Under the green of La Colline Monroe, the rainbow adorning le Pouce mountain, in the shadow of Signal Mountain, all the youth, elders and kids would converge to Champs de Mars for a couple of hours to practice some sports, chill and relax. Parents would spend quality time watching their kids growing by playing on the swings, slide and the merry go round with other kids.

The elders would come to enjoy the playful atmosphere and enjoy some fresh air flowing down  Le Pouce Mountain to cool down the city.

As for the youth of my generation and before that, it was a place to express our freedom in practising our favourite sports. Every part and parcel of the Champs de Mars ground was busy with ongoing football games. The semi pros would play on the YMFA football ground opposite the DAV college or on the ASPL 2000 pitch. Amateurs like us would either play behind the goalposts of the YMFA or on any unoccupied plot of land. We could manage a small DIY football pitch, and this was a daily occurrence from Monday to Friday. Some more privileged kids would practice tennis or others would practice yoga and stretching under the kiosk where once upon a time people used to watch TV. This is how life was wonderful from Monday to Friday under the skies of blue and clouds of white of our beloved Champs de Mars.

In the morning we were even luckier to watch the horses training. Man and stallion in communion training at their own sport.

Coming Saturday morning if you wanted to get a nice pitch to play you had to wait at a goalpost as from 4.00 a.m. My friends relate to me they’ll first go to Providence hotel to have tea and bread, butter and then head for Champs de Mars to reserve the half side of the pitch. On the other side there will be a lone figure with a ball patiently reserving the other side of the pitch waiting for his teammates. By 5a.m we would all meet and play until exhaustion until up to 8.00 a.m, if not later.

Of course, on Saturday we had the horserace, and it was part of the folklore of the capital. People would flock from all around the island and enjoy the bright blessed day as it is often in Port-Louis to watch horse races, betting, playing darts, and of course enjoy the Champs de Mars typical food, baja so-so, noodles, halim etc and head back home, happy or sad depending on their win or loss. All in all, it was our Mauritian way of life on Saturday just like on Sunday we head for the beach with our family.

On Sunday evening Champs de Mars becomes place of gathering. To chillax before getting ready for the week of hard work ahead.

Some families would come in their cars, others on foot to enjoy, glason rape, mervey and pickled fruits or simply the fresh breeze.

It was also an opportunity for us young stallion which we believed we were to check the pretty ladies and why not vice versa.

These moments of peace would last until late in the evening and sometimes we would return to enjoy the cool breeze during hot summer night and enjoy the famous ice-cream cone. It’s on the pitch of the YMFA that the fireworks would be launched on the celebration of Independence Day and in the dark sacred night we would watch a choreography of lights and colours in awe and amazement.

I don’t remember how old I was when my Father first took my brother, sisters and myself to Champs de Mars to play in the playground (jardin d’enfants) or fly kites, but I sure remember that I played my first football game on the YMFA pitch when I was in standard 6th in Bon Secours RCA Primary School. We went there to practise, for the inter primary school competition in Port-Louis.

It was there as well that in the 80s I watched the first women football match, and of course the pitch was surrounded by supporters just behind the fence and we had quite a few jokes to enliven the game.

All this will disappear now! Football Ground has already been replaced by parking lots and now the last vestige, the YMFA, by paddocks for horses. A recreational space turned solely in a gambling den where our youth will slowly but surely abandon themselves in the easy life of leisure, gambling and vice.

Black will turn white and red, blue yellow and green will fade and instead of bloom we will see gloom for me and you.

Power and greed have wiped away a wonderful way of life and citizens of Port-Louis and Mauritius are watching, doing nothing running the race of life with their blinkers on like their favourite horses.

Ray Charles would probably say: the greatest tragedy of men is to have eyes but fail to see.

Inspired by current events and the song what a wonderful world by Louis Armstrong.