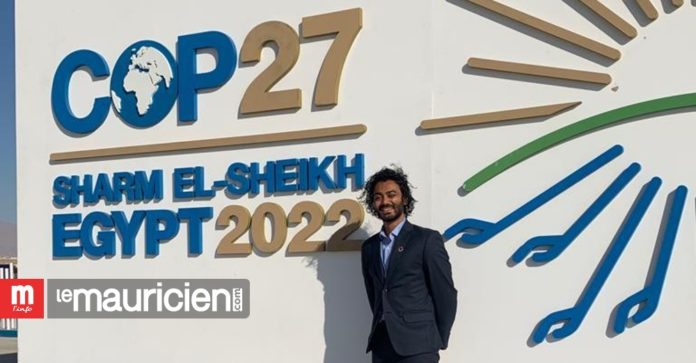 After two weeks of intensive negotiations, COP27 concluded the weekend before last, where parties agreed upon the ‘Sharm-El-Sheikh Implementation Plan.’ Despite the historic victory of implementing a Loss and Damage Fund, could we really consider COP27 an overall success?

Box: What is Loss and Damage?

According to the United Nations, the term “loss and damage” refers to the permanent loss or repairable damage caused by climate change, including both severe weather events like cyclones or droughts, and slow-onset events, such as sea level rise and desertification. It can also refer to economic or noneconomic harm, such as loss of life, livelihoods, or cultural heritage.

COP27 had a focus on Loss and Damage like never before.

Given the innumerable climate disasters coming into the negotiations, the issue of loss and damage had to be seriously and rightfully acted upon during these two weeks. Only recently, one-third of Pakistan was flooded, with 33 million people displaced; there were devastating drought and famine in Somalia, heatwaves across Europe, historic floods in Nigeria, and sea level rise and coastal erosion forcing Pacific Islanders to relocate.

In the negotiation itself, the Global South was more aligned than ever before. The Alliance of Small Island States (AOSIS), but also the G77 and China, and the Least Developed Countries (LDCs) all spoke with one voice to demand climate justice.

In the streets, civil societies, NGOs, and youth movements all came together with protests in the COP venue to demand what is right: protect the most vulnerable and pay up for the damages.

Finally, after two weeks of negotiation, developed countries, with the leadership of the European Union, agreed to establish a Loss and Damage Fund. While only a small step towards it, this is still a historic moment that sets us on a pathway to climate justice.

As you can imagine, establishing a monetary fund for developing countries is more complex than just one agreement. When it comes to money, complexities pop up rapidly and easily. So, concretely, how does this Loss and Damage fund work – is it all rainbows and sunshine?

How does the Loss and Damage Fund work?

There are two aspects you need to understand with the Loss and Damage Fund.

Firstly, it is not because governments agreed to gather some money, that the money is already here. To work out the details and operationalize this fund, a committee – called the Transitional Committee for the Loss and Damage Fund – 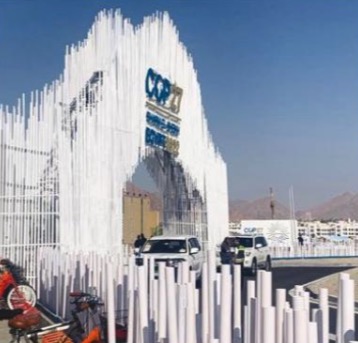 has been created. The committee is formed of 24 members – in which 14 are from developing countries, and 10 from developed countries. The Transitional Committee will need to think about how the funds will flow for both slow onset climatic processes like sea level rise and extreme weather events like storms and droughts. The Committee will report to next year’s COP28 in Dubai on how to operationalize the fund. (Loss and Damage Coalition, 2022)

Secondly, the money is worthless if there are no rules on how to use it. This is where the Santiago Network comes along. It is a set of rules that will tell us how to use the financial facility. The Santiago Network aims to provide reliable support for the most vulnerable countries while empowering the frontline communities affected by loss and damage. The good news is that COP27 negotiators agreed upon the mechanisms to operationalize the network. The bad news is that there is little finance that has been committed to support the operation (Earth Bulletin, 2022).

There is still room for improvement…

Unfortunately, a regrettable aspect is that COP27 failed to deliver on implementing Loss and Damage as a separate element within the new collective goal on climate finance. Let me explain.

The 100 billion USD promise of developed countries to developing countries does not encompass loss and damage, it only considers adaptation (adapting to the consequences of climate change) and mitigation (reducing the effects of climate change). Developing countries made it clear from the start that they wanted the new climate finance goal to include this third pillar of loss and damage into the new climate finance goal. Having this new pillar would ensure that any financial commitments to handle loss and damage are aligned with the UNFCCC principles of equity, the historical responsibilities of developed countries, and the common but differentiated responsibilities of all nations (CBDR). In other words, implementing Loss and Damage as a separate element within the new collective goal on climate finance ensures that the topic is automatically considered when discussing climate finance.

However, developed countries refused, and vigorously opposed any efforts to expand the mandate of the new climate finance goal beyond adaptation and mitigation. Because of this opposition, no decisions on the scale, scope, quality, and access to the Loss and Damage Fund were made.

What does it mean for us, Mauritians?

As a small island developing state, we are automatically considered as one of the most vulnerable countries to the effects of climate change due to our geographical positioning and size. As a matter of fact, we are so much at risk that the 2018 World Risk Report ranked us 16th among the highest disaster risk countries (United Nations Environment Programme, 2018).

In recent years, not only have the frequency and intensity of the cyclones, torrential rains and flash floods increased; they now threaten our people’s lives. This year’s class IV cyclone Batsirai is proof of that.

While some might be secure, others are losing their crops and houses due to these climate disasters. All this loss (material and sentimental) and damage (financial, physical) that we, as Mauritians, didn’t ask for is now finally being paid by the ones that created this situation in the first place – the biggest polluters of our planet.

So, what does the creation of this Loss and Damage Fund mean? Very simply put – we are finally getting justice.

The fact that developed countries agreed to establish a fund for Loss and Damage at COP27 is a cause for optimism and provides a basis for progress. The Alliance of Small Island States have been battling and pushing harder than ever to establish this fund to demand climate justice. As Mauritians and as one of the most vulnerable nations to the effect of climate change, we have to be proud of this success.

However, let’s remember that in the overall spectrum of climate action, this fund is not saving our lives – it only prevents us from crashing. Enacting upon Loss and Damage is just acknowledging that mitigating emissions and adapting to the crisis is simply not enough – we now need to repair the actual damages that this crisis entails. If the climate crisis is a plane ready to crash, agreeing upon the Loss and Damage fund is simply agreeing to finance our life jacket and mask.

Let’s remember that this battle has been ongoing for 30 years, especially for small island nations. Yes, we can rejoice ourselves that history has been made – but after how many battles and disasters? How many lives have to suffer before global decisions are acted upon?

Let’s remember that while this was a massive breakthrough for climate justice, other elements of the Sharm-el-Sheikh outcome were disappointing. There was a pushback against a final call to phase out all fossil fuels – blocked by Russia, Saudi Arabia, and Iran. While countries keep referring to 1.5C, they fail to take the necessary action to stay below this limit to prevent future harm from happening.

Let’s remember that there were 636 lobbyists from the oil and gas industries registered to attend COP27. This total, in addition to a rise of more than 25% from last year, was more than the combined number of delegates of the 10 most impacted countries.

We must ensure these relative baby steps towards climate justice don’t disguise backward or sidewards steps. While more developed countries have committed finance for Loss and Damage, very little of this finance is new and additional. With the decision for a Loss and Damage Fund at COP27, pressure must continue during 2023 to ensure that the process to operationalize the fund focuses on mobilizing a variety of sources, with developed countries’ public finance contribution at the core, and polluter pays levies on the fossil fuel industries.

The Loss and Damage Fund is just the launchpad. There is much more to do, including scaling up mitigation ambition and action to keep 1.5°c alive and provide adequate finance to meet the full spectrum of the needs on both adaptation and loss and damage.

* Yuv Sungkur is a Mauritian climate advocate. He is passionate about climate change issues and fighting its impact on Small Islands Developing States. He spoke at the COY16 youth climate conference in Glasgow, TEDxTalk in Mauritius, and now serves as a Global Youth Ambassador for the NGO Their World, which allowed him to speak alongside UN Secretary-General Antonio Guterres during the United Nations General Assembly in New York in September 2022. He continued on this momentum as a youth delegate for the African Mobility Initiative (ACMI) which allowed him to fly to COP 27 to represent the interests of Mauritian youth on various climate-related issues (education, climate migration, loss of cultural heritage).