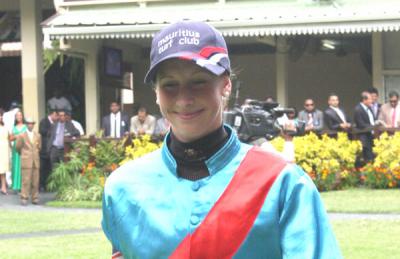 A dramatic shoot out between French rider Guenet Barbara and Alice Mills of Great Britain has added extra spice to the climax of the Fegentri Lady Riders competition at the Sun Resorts International Jockeys’ Weekend. Champ De Mars now traditionally stages the final of the worldwide competition with the top eight amateurs battling it out on the 202 year old course. This time only eight points separate the experienced Ms Barbara and the 27 year old British girl who led the competition at one stage this season after a triumph at the Curragh in Ireland.
While the French rider is back in a bid to add the Fegentri title to her list of achievements it is Alice Mills one and only chance as the British prefer to give a different rider a once in a lifetime opportunity to ride the tracks around the world and finish up at the ancient and atmospheric track in the middle of Port Louis. She said: «We have a selection process in England and although everyone would like to do it not many can afford the entire year riding in a competition. With all the travel and all the races and if you are in full time employment it makes life very difficult. This year there have been 28 races all over the world and more countries entering riders than ever before. Because I am self employed and work freelance I had the opportunity to organize myself and say yes.»
She makes it sound simple but this lady who devotes her life to horses has to fund herself and pay an agent, Russ James, who sources her rides on both flat and jump courses. The money is brought in by riding out for stables around the country and to make ends meet she sold her flat and « sofa surfs », as she calls it, around the homes of friends and relatives, working on a tight schedule. You only have to look at the amateurs jockeys’ web site to see just how dodgy this is as it lists help for riders in bereavement, debt, Gamblers anonymous, Injured jockeys, National Drinkline, National Drugs line and, of course, the Samaritans!
She admits: « Once you are in that’s what you do , when you are in racing you eat, sleep and drink racing and when it finishes some struggle with life afterwards. It is a difficult industry with everything often out of your own hands and when you finish when you are still young, sometimes through injury or lack of opportunity and even if you see it through there is still a lifetime ahead. «It is addictive and an adrenalin thrilled buzz. I have just started building up my own business Forever Living making Aloe Vera based products which eventually I can turn into a full time career, but I am not thinking about it yet!» She freely admits she has been lucky and has had only two layoffs through injury in her career, once with a broken collar bone and the other, more lengthy spell out when the hoof of a horse with a broken leg caught her in the face and fractured eight bones at Cheltenham.»
She added: «In ten years I have been very fortunate, very lucky. I am not superstitious and never worry about it. They say statistically you will have a fall one in every ten rides and minor injuries one in every 25 and a serious injury one in every 250! I have had around six hundred rides – that is why I consider myself very lucky, but it is one of the things that go with the job. There is a lot of titanium in there now my face now and it was a frustrating few weeks when I was recovering as there was no money coming in at all. There is no fund for amateurs.» But the trip around the globe has more than compensated and she says: It has been fabulous going to so many countries and so many different courses.»
«It has given me the chance to see the world and meet a lot of fabulous people with the same interest and here we are at the fabulous Long Beach Hotel in the sun. I can’t complain. I love it. I am fortunate in England as there is a fund to pay for my flights for the year, whereas in some countries there is no funding so they have to find their own sponsor or fund it themselves. The horses are all drawn and obviously luck comes into it and I lost my lead in the competition when I drew a complete dud in Germany which tailed off and the French girl won the race to take over at the top of the table. There are 20 points for a win and 12 for second place so that is how tight it is. I have looked at the horse I have been drawn and while it is very young it comes from a good yard and would have been one of my choices. It is fairly consistent and although this is a little longer race than normal it has a record of finishing strongly.» 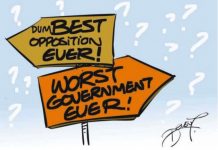 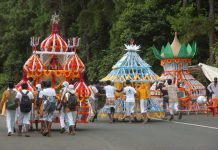 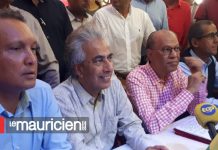