Between the middle of March and the end of May 2020, the vast majority of Mauritians and around half of the world’s population in more than 80 countries were in confinement (or a large-scale quarantine) to prevent the spread of the lethal Coronavirus. During the Age of Indenture, or between the 1830s and the early 1900s, there were frequent outbreaks of epidemics in Mauritius and in many parts of the world. As a result, the local British colonial government passed quarantine laws (these were the predecessors to the Quarantine Law which is being enforced today in Mauritius) establishing special sites which were designated as quarantine stations or quarantine zones which were also known locally as lazaretos.

In those restricted areas, sick people and newly arriving passengers, mainly indentured workers like Immigrant Kabutri and some free passengers, were kept in quarantine or separate from the rest of the population. These quarantine stations were specially used during periods of epidemics such as the Cholera Epidemic of the 1850s, the Malaria Epidemic of the 1860s, the Bubonic Plague of the early 1900s, and the Spanish Flu Epidemic of the late 1910s. During those decades, several quarantine stations were established some distance from human settlements on the Mauritian coast and islets such as at the former Ile aux Tonneliers, Ile aux Benitiers, Pointe aux Cannoniers, Orphans Asylum at Pamplemousses, Flat Island, and Ilot Gabriel.

Flat Island is located at a distance of around 12 kilometres to the north of Mauritius, it stretches over an area of more than 300 acres and it is the largest islet off the Mauritian coast. During the second half of the 19th century and first half of the 20th century, Flat Island was the most important quarantine station. Between 1856 and early 1900s, thousands of indentured and ex-indentured labourers, free passengers, and Mauritians were placed in quarantine there. It is also interesting to note that the Flat Island Quarantine Station is also the setting of Jean Marie Le Clezio’s famous novel La Quarantaine which was published in 1995 in France by Editions Gallimard.

During the course of the nineteenth century, Liberated Africans, like Immigrant Yawanekah, some British soldiers and even some Chinese workers were forced to stay on Flat Island for a period of anywhere between 1 to 3 months or more, just like the indentured Indian labourers. During a period of more than 75 years, individuals found on ships just arriving, mostly Indian labourers from India, who suffered from malaria, chickenpox, cholera, smallpox, dysentery, and other illnesses were placed in quarantine on Flat Island. Ever since the 1850s, this strategy of the local British government was to prevent infectious diseases from entering Mauritius and contaminating the local population just like today.

The practice of quarantine in British Mauritius dates to the earliest days of the indentured labour system in Mauritius. As early as 1829, the local British colonial government considered sending some of the recently introduced 1100 Indian and Chinese indentured labourers who were infected with cholera to Flat Island. In 1856, more than 750 indentured labourers were sent to the island and an estimated 280 individuals died within a month of their arrival. In 1879, dozens of indentured labourers, who had been imprisoned at the Port Louis Prisons on Maillard Street, where the Ex-NPF building is located, were landed on Flat Island during a suspected cholera outbreak in the prison complex.

The Construction of the Flat Island Quarantine Station

Between 1856 and 1857, numerous stone and wooden buildings and structures were built on Flat Island at a cost of thousands of pounds sterling to the local colonial treasury. These buildings consisted of hospitals, living areas for individuals placed in quarantine such as the coolie camps, living quarters and working areas/offices for the medical, police, and immigration officials/officers who were in charge of the quarantine station. They also consisted of cook houses and storage areas.

During the same period, a small pier was built on the eastern side of the island as well as a long wooden jetty was erected on the western side of the island at Palissades Bay. Most of the stone structures and buildings were erected near Palissades Bay. Several pathways, vegetable gardens, and grazing areas for livestock were also created. Most of the buildings and structures which were built on Flat Island during the second half of the 1850s were erected by ex-indentured labourers.

Without a doubt, the most famous building located on the island is the lighthouse which stands on a 100-metre high hill and became operational during the mid-1850s. One of the most famous visitors to Flat Island was Nicholas Pike, the American Consul and famous naturalist in Mauritius, who in 1870 visited the island along with Governor Sir Hamilton Gordon and his retinue. A few years later, in his work on Mauritius entitled Sub-Tropical Rambles in the Land of the Aphanateryx, which was published during the mid-1870s, he provided an important description of the island. Pike was also the first person to recognise the historic importance of Flat Island which only over the past two decades, Mauritians and tourists have started to understand its historic and heritage value.

The Historic and Heritage Value of Flat Island

Between the 1910s and the 1930s, on some rare occasions, this site was still being used when there were suspected cases of contagious diseases in Mauritius and on ships arriving in Port Louis harbour. By the 1940s, the structures of the Flat Island Quarantine Station were no longer in use, they were abandoned and reclaimed by the island’s vegetation and wildlife.  There are other places around the world which share an almost similar history with Flat Island such as Nelson Island, located off the coast of Trinidad in the southern Caribbean Sea, and Nukulau Island, located off the coast of Fiji in the southern Pacific Ocean. These two islands, just like Flat Island, were also used as quarantine stations for indentured labourers during the late 19th and early 20th centuries in the name of public health. 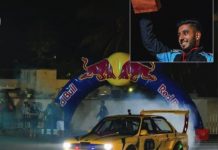 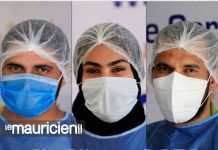