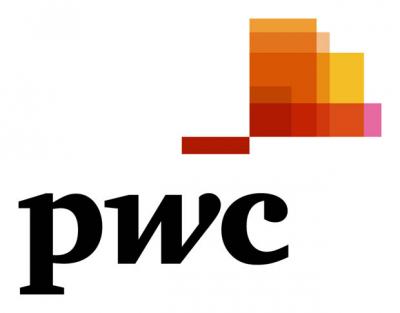 The Honorable Minister Xavier-Luc Duval presented his third budget and set out a strategy to put Mauritius back on a path of long term growth through further diversification of the economy, without forgetting the less fortunate. This vision would be achieved through an agenda focused on the enhancement of national productivity and more efficient delivery of public services. The outcome would be better growth, investment, and job creation.
Difficult economic conditions and delayed structural reforms have gradually resulted in a loss of resilience. The economy is slowing down, GDP growth fell to 3.2%, and the level of private investments is on the decline. With the fiscal space being constrained by lower revenues and additional expenditures, the budget deficit could only go one way to increase sharply to 3.7% in 2013 (compared to an estimated 2.2% in 2012) while the debt to GDP ratio moved to 54.8% (compared to 53.7% in 2o12). However, this upward trend seems to be temporary and the budget deficit, together with the debt to GDP ratio, are expected to be on a downward slope to 2.5% and 51.16% respectively in 2016. So we hope ?
Despite this, Mauritius augurs well against its counterparts and few countries can boast of such sound macro-economic fundamentals. However, at a time where investor confidence is at its lowest, the business community is craving for that spark to greater things. Has the budget lived up to this aspiration ?
The Minister announced an ambitious plan to create the “next wave of prosperity” centered on different pillars, including the ocean economy, petroleum hub, film industry, and Africa strategy. Whilst these certainly lay down the foundation for a more visionary Mauritius, so often have we seen projects being abandoned or simply not progressed. Let’s hope that the roadmap sets the way to turn these dreams into reality. In terms of the Africa strategy, the Government dedicated Rs 500 M to set up a Mauritius-Africa Fund, with as main objective to participate in the equity financing of businesses investing in Africa. However, such active and direct involvement is not Government’s role. At PwC, we have always advocated less Government in such undertakings and we would recommend a measure to exit from this equity venture. The facilitation of global business companies to deal with residents is a move in the right direction to allow companies to enhance their commercial presence in Mauritius. In the longer term, we can expect further integration of the global business sector and the domestic economy.
We also welcome the use of technology to make public administration more efficient through online systems for occupational permit applications, delivery and land use permits, payment to the National Transport Authority, Registrar of Companies, etc. This would certainly facilitate business transaction and reduce bottlenecks. However, we note the recruitment of additional public servants in various ministries. Service quality does not come with larger staff base, but through more efficient delivery. Benchmarking our public administration against other countries provides some interesting insights (refer to diagram). Mauritius has 1 public officer for every 20 inhabitants, Singapore, 1 for every 40, and the UK, 1 for every 140. Clearly, we can see how efficient our public administration is ! Whilst the move towards a greater efficiency is desirable, we have yet a long way to go.
SMEs were also a key feature of the Budget and Government showed the way to the further democratization of the economy by buying more services from SMEs. Government procurement from SMEs is expected to increase to 20% by 2016. The new loan scheme backed by Government guarantees would reduce the cost of funding and improve the competitiveness of a sector, which contributes to 40% of the GDP.
Overall, the Budget lays down a path for future growth, but the big question remains whether this can become reality or will it be business as usual. 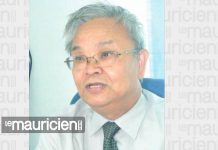 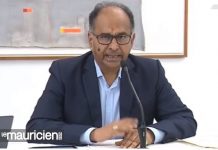 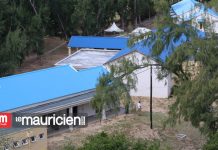