Mauritius is a fairly well developed country which has progressed considerably over the last 60 years in the economic, political and social spheres. It has adopted, unreservedly, the western model of society in nearly all aspects of human activities.

This model of development has benefitted immensely Mauritian society in terms of higher standards of living. Social markers of human welfare, such as literacy levels, life expectancies and infant mortality have all vastly improved over the past decades. However, these improvements in human welfare have environmental, health and social costs which are now becoming impossible to ignore. Large increases in economic output were possible by the reckless exploitation of local natural resources such as forests, fertile lands, beaches and lagoons. Whilst human welfare rose, there was a concomitant increase in noncommunicable diseases, mental stress and chemical poisoning. Furthermore, severe social stresses are becoming widespread as can be seen in the rise of violent crimes, child and spouse abuses for instance.

Nevertheless, Mauritian society has proved itself to be very resilient in the face of such pressures accruing from modernity. In addition to costly internal dynamics, Mauritian society has to face a number of challenges that come from the rest of the world and from the dysfunctions of our modern industrial civilization (MIC) which emerged in late 18th century England where the industrial revolution first began. Over the past three centuries, MIC has proved itself to be spectacularly powerful and has conquered the whole world as there are very few regions on Earth that can be said to be exempt from its touch, for the better or the worse. MIC has 3 main characteristics which are central to its mode of functioning. It is (1) expansionist, (2) linear and (3) mainly dependent on fossil fuels.

(1) Expansionist: Our civilisation has created an economic system that requires growth at any costs and that has become the main concern of Governments, the private sector and citizens. But growth is exponential in nature as it feeds on itself. For instance, at a modest rate of 3% annual rate, an economic system doubles its output every 25 years and increases by a factor of 19 over a century. Now to increase economic output year in and year out requires more material resources and energy and generates even more wastes. It is clear that such an exponential system would sooner or later overshoot its own resource base thereby creating intractable problems. Amazingly, over most of the 20th century, the world economy has been able to maintain exponential growth for certain critical resources like oil, coal and natural gas. However, the available evidence is that major constraints over the supply of these resources are expected during the 21st century. For instance, supply constraints for oil have manifested themselves since 2010 and will continue to do so in the future. Given the non renewable and finite nature of oil, it follows that a point will be reached whereby the remaining resource base will be unable to maintain current production. Therefore, annual oil production declines as time goes by. This phenomenon is called Peak Oil. Supply constraints are also expected for coal and natural gas by 2030 or 2040 respectively called Peak Coal or Peak Natural Gas. Similar supply constraints are beginning to show up in global fisheries, forest products, agricultural outputs, diverse minerals and even construction sands.

(2) Linear: The economic system of MIC is mainly linear in functioning given that raw natural resources are extracted from the environment, transformed into goods which are subsequently discarded. Although recycling is an important feature of MIC, it is not sufficient to offset the linear nature of our economic system. Hence resources, renewable or not, are slowly but surely and irrevocably being depleted beyond points of no return. The current fashion for a circular economy is a belated attempt to remedy the situation. It is a welcomed move but largely insufficient to reverse the massive stream of wastes MIC generates or to reduce depletion of natural resources to a manageable level.

(3) Dependency on fossil fuels : 80% of energy used by MIC consists of fossil fuels with declining resource bases. The current world efforts to replace fossil fuels with renewable energies are insufficient to offset impacts of depletion on supply. Furthermore, for certain critical uses such as transport it is very difficult to replace oil with renewable energies alt hough electric cars, trains or busses help to some extent. Hence, oil supply constraints will lead to intractable transportation issues resulting in severe economic disruptions.

Those 3 characteristics put together mean that MIC is an unsustainable system that will inevitably overshoot its resource base and thus set off severe crises on multiple fronts. The exact timing and severity of the different crises are very difficult to pinpoint accurately and will probably vary across different regions in the world. But the near future occurrences of severe crises are largely unavoidable. 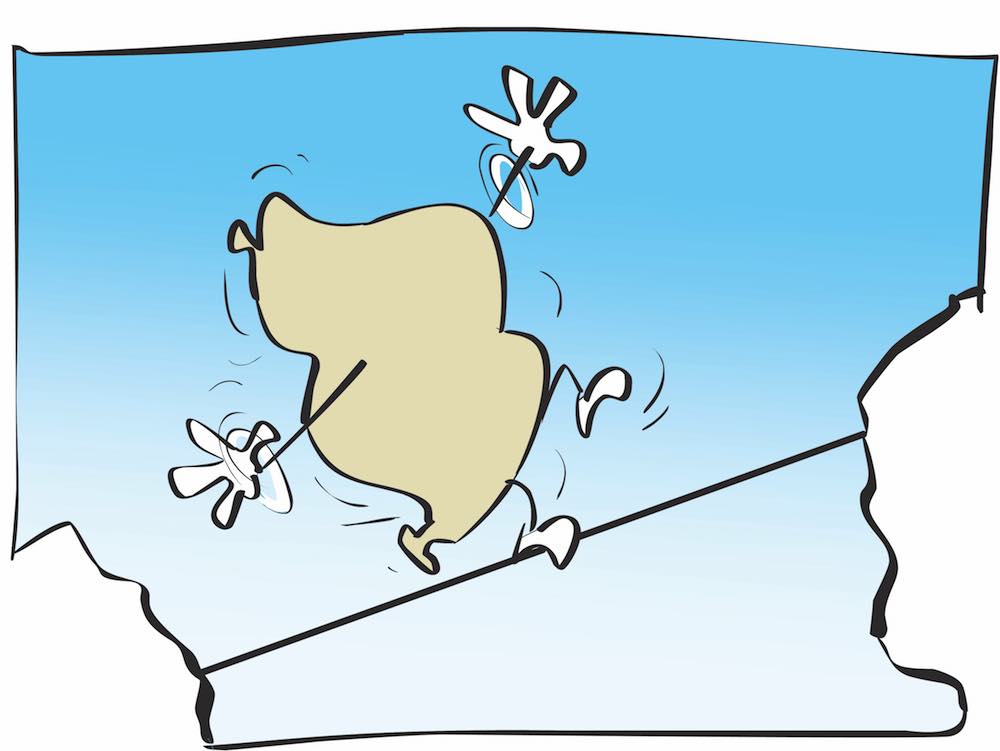 Although the whole world is attempting a transition to renewable energies, to consolidate food security and to promote sustainable production of goods and services, it is highly probable that such measures will not prevent severe impacts on human society. This is because (1) our economic system is dependent on exponential growth which neither renewable energy nor sustainable production systems can sustain over the medium or long term and (2) because we are short of time given that the CAFEE crisis has already begun. Any transition to sustainability inevitably takes time given the complexities involved. After all, to retool any economic system is a mighty task.

The main impacts may consist of reduced affordability and availability of Food, Energy and Water (FEW). Although technology has a role to play in mitigating impacts, it cannot be relied upon as the main response to the CAFEE crisis. This is because the situation has been created by our gluttonous modern way of life that demands ever increasing consumption of energy and resources. Our gluttony cannot be cured by technology.

Reduced affordability and availability of FEW may push economic systems to breaking point resulting in reduced economic output, lowered standards of living and limited economic opportunities for large sections of the world population. Many societies across the world may experience decline, turmoil and violence resulting in human misery. It is time to plan for the consequences on society of our collective failure to make an orderly transition to sustainable energy and production systems.

Indeed our most potent response to reduce human misery ought to be changes in our patterns of consumption and ways of life as storms gather strength throughout the world. In that respect a deep understanding of the dynamics of society in the current age and throughout History will be critical in crafting intelligent responses to the current CAFEE crisis.

For instance, it would be worthwhile to examine in detail how societies fared during the difficult years of World War 2 and thereafter. There are lessons therein that could be invaluable to learn for urgent application. Hence inputs from historians, anthropologists and sociologists are important right now in the quest for sustainability. Society needs to hear from these people because the past holds secrets of importance to all of us.