The binary of thought process

To fundamentally understand the relationship behind the different approaches between a fox and hedgehog one must delve into the defence mechanisms of these animals. The fox seeks to cunningly evade its predator and the hedgehog has built-in spikes as defence. The binary is found in the strategic approach one takes.

From Isaiah Berlin, a philosopher, the main difference comes from the singularity of thought of the hedgehog and the malleability of thought of the fox. To quote directly from Berlin, hedgehogs “relate everything to a single central vision… a single, universal, organizing principle in terms of which alone all that they are and say has significance” and foxes, on the other hand, are “those who pursue many ends, often unrelated and even contradictory, connected”. In essence, the hedgehog thinks and acts deeply within one paradigm with much certainty while the fox explores outside of it, essentially taking more risk.

This simple analogy can be further explored to picture the complexity of how one builds an ethical and moral stand towards its environment. In absolute terms, the hedgehog will generally be grounded within a framework which has been proven to work, in essence, a formula, a recipe or moral code. Whereas the fox could be more inclined to be in “win at all cost mentality”, as in if survival is the goal, the methodology used just needs to prove effective.

So, would the world be a better place to live in with foxes, albeit benevolent ones, in a leadership role, and competent hedgehogs as executives? 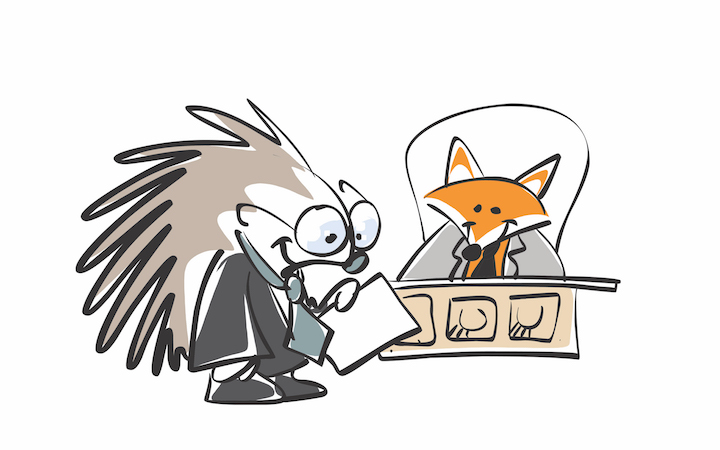