The Rich Legacy of Premchand

Premchand was a versatile writer who began his literary career around the turn of the last century. He was equally at home in Urdu and Hindi. To him, in fact, goes the distinction of creating the short story as well as the realistic novel in both languages.

Background to His Works

The Age of Premchand extends from 1880 to 1936 – a significant period in the history of India. The Indian struggle for freedom gathered momentum. The Indian National Congress was functioning under moderate adherents before Mohandas Karamchand Gandhi took it control. Surprisingly, in the twenties, the man who was later referred to as the “Apostle of peace and non-violence” was considered an extremist. He wished to organise mass movements against the British Empire which meant courting imprisonment and other hardships.

By 1936, when Premchand was no more, the political ideology of Gandhi was beginning to look subdued and liberal. After the mutiny of the sepoys in 1857 the subcontinent began to witness the emergence of modernism. It was a slow and painful process as medieval and backward forces stood on the way. Railways, telegraphic lines, tap-water, schools, western science and knowledge were opening new horizons for Indians.

At the same time, feudalism in the countryside, caste, untouchability and communal feelings stood in the path of progress. The work of Premchand, it can be said, faithfully reflects the Indian scene with all its pulls and urges. He strongly opposed slavish imitation of western ways and institutions. He is hailed as the finest exponent of the peasantry in Indian literature. His own personality had a homespun aura. Its human aspect was highly developed. He felt that industrialisation would usher in an era when the humble peasant would be deprived of the land that was so dear to him. Besides, it would also entail the exploitation of the common man. He did not realise that, for one thing, the machine eliminates human drudgery.

Dhanpat Rai, known as from 1910 by the pen name of Premchand, was born on July 31st 1880 at Lamahi, a village some four miles away from Varanasi (Benaras) in humble circumstances. However, he had access to a good education in Persian and Urdu letters as was to be expected in a literate family of the Kayasth community noted for producing men of letters, lawyers and teachers. He described the difficulties he had to encounter in his early years in a biographical sketch Jivan-Sar (The substance of life).

By the time he started writing, Premchand’s life was very active. By the time he died, he had left fourteen published novels, about three hundred short stories, countless letters and essays, several plays together with a number of translations and adaptations. He also had a busy career as editor and publisher. Premchand was a passionate advocate of both the Independence movement and Hindu-Muslim harmony. As such, he wrote many editorials about India’s political and communal problems and played an active part in the movement for Hindustani as a national language. It also goes to his credit that he encouraged younger writers like Jayshankar Prasad and Jainendra Kumar to come forward with their works. His productivity is all the more surprising when one realises that he suffered from poor health throughout more of his life.

The clue to reach an understanding of Premchand’s literature is to appreciate it as an artistic perception and delineation by a socially sensitive person who was explicitly committed to social sources and the social function of art and considered humankind as essentially a social, political and historical entity. For Premchand “Art is Par excellence the social product of individuals, a form of labour which provides social man with the materially expressed, imaginative, therefore, ideological versions of his place in the world in specific historical times and place”. For Premchand art was a fundamental human activity which depicts ordinary human beings toiling at times in very harsh and unbelievable conditions.

The plots of most of his early tales were full of chivalric idealism and noble sacrifice, disguises and extraordinary adventures. After some time, he sought inspiration from village life which became the subject for his best work. The villages of eastern Uttar Pradesh, specifically the country districts around Allahabad and Benaras – apparently perfectly ordered according to mechanically exact social regulations that had functioned more or less unchanged for centuries – offered to the writer an endlessly fascinating stage for the interplay of a variety of diverse characters, at every stage of evolution, operating within a rigid, efficient and sometimes cruel and inhuman social structure.

The caste system, crushing poverty and brutal exploitation of landowners, money lenders, the terror at the possibility of disgrace, the shame of widowhood, the proverbial conservatism of the peasant are but a few of the recurring strands in the fabric of his portrayal of village life. From the early stories Premchand’s compassion, humour and psychological understanding of the villagers are apparent. In the introduction to Deliverance and other stories (1969) which he has himself translated from the original Hindi, David Rubin, whose publications include After the Raj, a critical study of British fiction dealing with India since 1947, and translations of the poetry of Nirala and Laxmiprasad Devkota, writes, “There is probably some influence of Maupassant in Premchand’s preoccupation with the structure of his plots and the occasional trick endings”. For him, the best stories of the late twenties and thirties are more often than not free from these characteristics but many of the early stories as well. Garib Ki Hay (The power of a Curse), for example achieves a high degree of success.

Premchand was, no doubt, influenced by Charles Dickens, Count Leo Tolstoy, Anton Chekov and Maxim Gorky, among others, and strongly impressed by Karl Marx. He very early directed his fiction towards social reform. The inhumanity of the caste system and the sad plight of women are but two of the problems that arouse his indignation. The romantic heroism of the earliest tales is replaced by an idealistic view of agitation against British oppression and biting satire against those Indians  – as in Chakma (A little trick) and Satyagrah (A moral victory) – who set their personal interest above the freedom movement. He acquired his idealist concept of the potential regeneration of character through the experience of the sacrifice and goodness of others from Gandhi and George Eliot’s Silas Marner, which he freely translated in a Hindi version.

Although with maturity Premchand’s narration becomes increasingly dramatic and objective, and the presentation of characters immensely subtler than in the early works, the didactic and reformist impulse remains strong in his fiction. In Bare Bhai Saheb (My Big Brother), a potentially ludicrous situation is developed with pathos, although the touch remains light and the story genuinely funny. In the better known kafan (The Shroud), “the scarcely tolerable grimness of the characters’ lives is developed in the mode of grotesque comedy with the reader left free to draw his own conclusions.” The story also illustrates how sheer poverty can dehumanize humans.

His elaborate novel Rangabhoomi has as its main protagonist Surdas who has been referred to as “a unique character in the history of the Indian novel”. He is a blind beggar who runs after vehicles. While earning money thus, he combines in his self, generosity of heart, self-respect and the capacity to fight for popular rights. The central thread of the novel is life of the village community with all its poverty and suffering. His other novels have Krishna, Roothi Rani, Nirmala, Gaban, Vardan and Godan as titles. Some of them were originally written in Urdu and subsequently translated into Hindi.

In Godan the last scene which describes the death of Hori is considered as one of the greatest scenes in the novel. He is not even conscious of his last act, giving the gift of a cow, a noble gesture deeply rooted in the collective unconscious mind of the community. His death is not an end of life but a consummation of his experiences and realization of his destiny.

The magnificent portrayal of Hori should not bar our vision of the purpose of the novel. The anguish which characterizes Hori’s life has “a lyrical poignancy about it but cannot, on its own, fulfill the needs of a novel of this genre which is epical in nature”.

The novel was adopted for the screen way back in 1963. So was Shatranj ke khilari, (The Chess Players) perhaps Premchand’s best known story. It happens to be the only full-length feature film of Satyajit Ray.

Premchand died on October 8th 1936 while he was working on Mangal Sutra leaving a rich legacy which tells us about the exploitation of man by man and the heroic struggles of the peasant for survival. He belongs to all times. 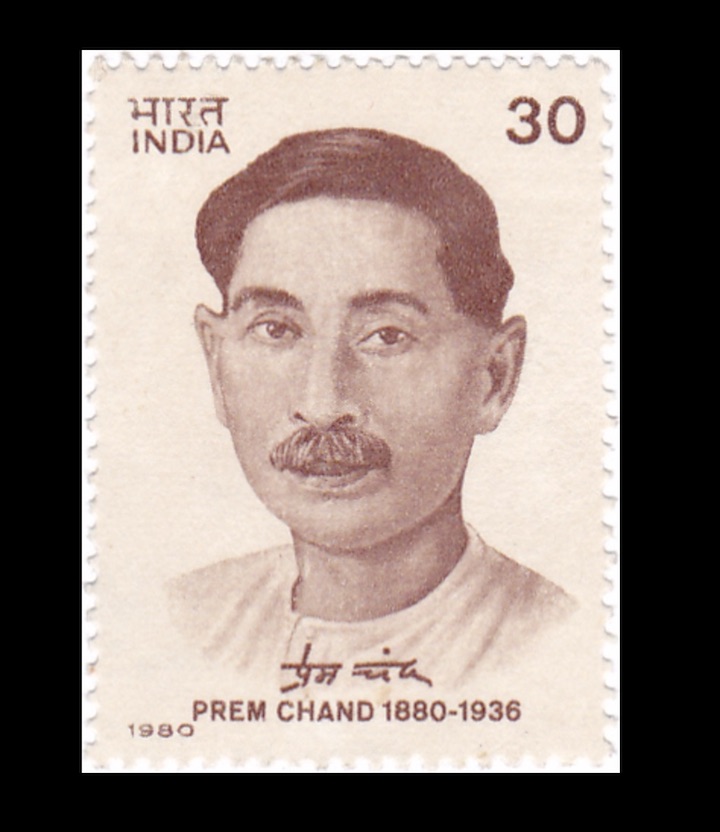