This Saturday, July 11th 2020, “Kolektif Konversasyon Solider” (KKS) is organizing a “Manifestation Solider” in Port Louis starting at Cathedral Square for all Mauritians across the island. The plan is to meet at noon at Cathedral Square before walking through Port Louis along a pre-determined route to end at Place d’Armes—finishing, symbolically, in front of the Mauritian Parliament.

KKS is a citizen’s movement, led by a “re-groupement” of numerous trade-unions, NGOs, civic associations, public figures, and non-mainstream political parties across Mauritius. There are over 300 representatives from these associations participating in Saturdays march alongside with their organizations’ members, and what is expected to be a massive Mauritian public.

While early figures for the event were estimated with a relatively high number of attendees—with the increasing amount of mega-scandals and lay-offs across the island in recent weeks–a sense of generalized and complete disgust with the current Mauritian Government has instilled itself amongst the Mauritian public, thereby exponentially fueling the likely attendance for the July 11th event.
Initially planned solely as a “March of Solidarity” to reclaim all the constitutional, human rights, and workers rights violations that have resulted from the passing of the “Covid-19 Bill” and “Quarantine Act Bill” on May 15th 2020, as well as the grotesquely abusive and opaque 2020-2021 Budget that the Mauritian Government passed in the absence of the Parliamentary Opposition Members—the July 11th “Manifestation Solidaire” has however quickly turned into a what is being perceived by many across the island as a grassroots call-to-arms for the Mauritian population to demand the immediate resignation of the current “L’Alliance Morisien” regime from Government, and the immediate scheduling of new General Elections in Mauritius.
The people of Mauritius have clearly had enough: they are no longer willing to be taken for granted by a Government that plays by its own rules, ignoring the will of the people–and for what seems like the first time in decades they are putting all divisions and political colors aside, to mobilize as one people, in order to make their discontent felt and heard. Loudly.

On Saturday July 11, 2020, the people of Mauritius will mark history as they embark into a new era of civic engagement in Mauritius. Whilst this is just the beginning, make no mistake: it promises to be a turning point in the history of our country for years to come.

These voices cannot and will not be silenced; for, as with the voice of God: you cannot silence the voice of the people. 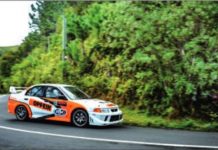 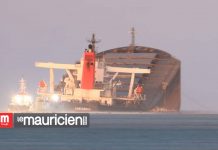 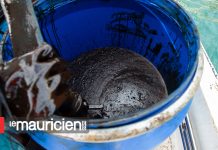