Nowadays, general trends worldwide advocate collaborative and communicative process in planning whereby the elected representatives need to get back to the people on crucial issues prior to taking major decisions, through the bottom-up approach. This practice has

been strongly advocated during many international conferences, amongst others, the World Commission on Environment and Development (WCED) and the United Nations Conference on Environment and Development (UNCED). Sustainable development has required planning to move away from the scientific expert based on practical rationality to the collaborative and communicative approach through public debate and discourse.

However, it is still common belief in Mauritius that when a government has been elected for a period of 5 years, the elected representatives in power can decide everything for the population, especially when the government representatives are in majority. This has been evident in many infrastructural projects under different governments, and lately in the Metro Express project where there has been a total absence of public participation (PP). It has also been perceived to be very prominent during the COVID-19 period when the population has been gagged with the compulsory masks and confinements and the Wakashio oil spills. The results have been a massive outcry and social outburst when Mauritians both locally and all over the world took to the streets to express disapproval of the Government’s wrongdoings and the decline in democracy. Is this the beginning of the end of democracy?

Public participation can be described as a deliberative process by which interested or affected citizens, civil society organisations, and government actors are involved in policy-making before a political decision is taken. Early theoretical work on the subject of public or community participation emanates from Arnstein which recognizes that there are eight levels of participation, from manipulation or therapy of citizens, through to consultation, and to what we might now view as genuine participation with full citizens’ control. The bottom rungs of the ladder are manipulation and therapy which describe levels of « non-participation ». The power holders here take all the decisions on behalf of the community resulting in a Coercive Governance.

At rungs 3 and 4, although the citizens are informed and consulted, they lack the power to ensure that their views will be heeded by the powerful; hence a kind of tokenism. Here, there is no follow-through and hence no assurance of changing the status quo. At rung 5, placation is simply a higher level tokenism whereby the community can advise, but, the power holders retain the right to decide. Further up the ladder there are levels of citizen power with increasing degrees of decision-making. At rung 6, citizens can enter into a partnership that enables them to negotiate and engage in trade-offs with the power holders. At the topmost rungs 7 and 8, with delegated power and citizen control, the community obtains the majority of decision-making seats, or full managerial power.

The latest in the PP approach is that developed by the International Association for Public Participation (IAP2), where five types of public participation approaches have been identified with an increasing level of public impact. These are (1) to inform (2) to consult (3) to involve (4) to collaborate and (5) to empower.

Three main levels can be discerned from this table: (1) Access to information, (2) Consultation and (3) Active engagement through dialogue and partnership.

2.Consultation is a form of participation where the government invites the public to provide its opinion, comments, views and feedback on a specific document. It can be reactive when the government requests for consultation. It can also be proactive, when citizens remind the government about the need for them to be asked to comment on laws which will affect them.

3.Active involvement means collaboration and jointly undertaken responsibilities at all stages of the decision-making process. It may be described as a situation where the representatives of the public sit at the same table with government representatives and where the initiative can come from both sides.

It is obvious that to have an efficient PP, the citizens should have access to the right and timely information so as to have consultation and active involvement. However, the access to information which is a fundamental pillar for good governance as well as an effective tool against corruption in turn requires the adoption of the Freedom of Information Act which is long overdue. While many jurisdictions have adopted a more or less similar legislation to the Freedom of Information Act enacted by the UK in 2000, Mauritius is still in the process of enacting one. It is to be noted that in the Government Programme 2015-2019 the present Government had promised: “A Freedom of Information Act will be brought forward to promote transparency and accountability in public administration and more particularly in contract allocations.

However, I would caution that PP is not easy. A number of challenges can be obstacles to an efficient PP. These will include among others the high cost factor, the delay in taking the necessary right decision, the technical issues not necessarily understood by all the citizens, the culture gap between government officials and the citizens, the complex protocol for carrying out the PP process and a lack of will power from the government. Identifying and addressing these barriers is imperative prior to embarking on PP in decision-making.

I would also hasten to point out that I am not against development, but against Unsustainable Development which privileges only a few, but does not care for the masses and the present and future young generations at large. Sustainability can only be guaranteed by PP. Imagine what it would have been like if Government had allowed the population to participate in the development of the Metro Express project! It would have been one of a kind! A Government that works alongside its people by getting its projects endorsed is always a winner.

As the saying goes – Never underestimate the Power of the Common Man. 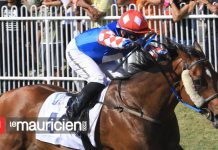 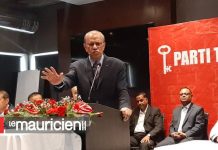