What a short, sweet and sharp theory on: “ Who’s behind the Presidential Saga?” by your correspondent Ahmad Macky which was published in your paper on the 21st March 2018! In this article, one does not have to look too far, to find the real answer that has provoked the resignation of the President of the Republic and to establish the true identity of those who might be behind the Presidential saga.

The author has hit the nail on the head. All the essential ingredients which can be regarded as relevant theories are justified in Macky’s analysis, especially when he wrote (1) a dangerous hidden agenda by the detractors of the government (2) President was advised to institute her own Commission of Inquiry (3) That exercise could be regarded as “Un Coup d’Etat académique” against the PM and his government.

In fact, there was no need in that short analysis for the author to mention names of who were involved behind the Presidential Saga. It is clear that anybody who follows politics could identify the bare faces of certain Opposition members who have tried to make the whole issue of the President’s problem as a mere capital politics for their own interest.

Macky’s short analysis portrays a sort of “modus operandi” by the detractors of this go- vernment to not only destabilize the PM and his government but to torpedo its existence for good once for all. But alas their motives failed completely, thanks to the media.

It remains to be seen whether or not the Commission Inquiry which the PM intends to institute soon will have its fruits. In the meantime the analysis of Ahmad Macky says a lot, only if one could understand its true message. 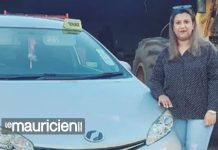 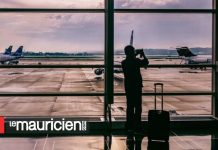