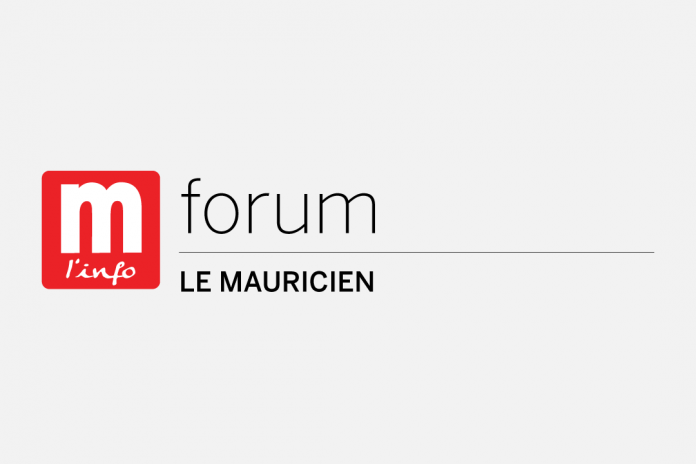 I love Switzerland. It is one of the most beautiful countries in Europe and probably in the world. Frankly, there is likely to be no argument about that! Switzerland shares its borders, among others, with Austria, France, Germany and Italy. It is a land of towering mountains, huge lakes and rivers and gorgeous valleys and hills where cattle graze lazily amidst some of the most breath-taking landscapes one ever lays eyes on. The natural sceneries and the countless eye-catching vignettes that pop up all over the beautiful country as one drives around, are simply out of this world. Indeed, Switzerland is a jewel of nature. There is nothing about Switzerland that one cannot like. In short, Switzerland is one of a kind of country.

I have been to Switzerland a few times in the past and I have always loved to go back. This past September, my wife and I made a short stop in Geneva, one of the country’s beautiful cities, to visit a good friend and brother of mine who, by the way, actually lives in France but in the border town of Ornex that is just a few minutes’ drive from Geneva. We were literally awed by the wonderful sceneries that pop up all around the moment we landed
in the lovely Swiss city! Geneva is fabulously clean and beautiful and very welcoming and
embracing. The Swiss people are extremely warm and friendly. You sure feel at home anywhere you go in this great city. It has an obvious cosmopolitan flair having the United Nations’ other Head Quarters in Europe with some of its specialized Agencies as well some other international centres located there. Among others, we may mention: the IRCRC (Red Cross & Red Crescent), (which actually originated in Geneva), WHO, ITU, ILO, WMO, UNCHR, FIFA … The famous Palais des Nations, which is a huge, old, eye-catching building, occupies a vast area with a most commanding lay-out. The main entrance to the complex is just amazing and, I may add, a trifl e intimidating, as one walks up the walkway beautifully lined with a colourful display of the fl ags of the member-nations all fl uttering in the wind. In fact, I did get the rare privilege to take a tour of the place under the guidance of my friend, who worked for the Organization and knew people there. It was quite an experience!

Also, worth mentioning is the fact that Geneva is renowned as one of the foremost banking centres in the world while in its famous rue du Rhône one comes across some of the well-known million-dollar Jewellery Shops. Besides, we should also not forget to
mention the many famous brands of Swiss-made watches well reputed the world over and, of course, the worldfamous, delicious and much adored Swiss Chocolates. Geneva, along with Zurich, are the two largest cities of beautiful Switzerland. My wife and I made the
trip to beautiful Geneva aboard the high-speed French TGV from Paris. The journey was smooth and pleasant. The railway tracks runs through some of the loveliest landscapes I could imagine. It was a thoroughly satisfying trip — smooth and relaxing.

We planned to spend a couple of days with our friend, who had worked for years in Geneva with an International organization and is now enjoying his well-deserved retirement in a small town in rural France near the Swiss border not far from the Alps. We would spend three beautiful days with him and his lovely family. Geneva, as alluded earlier, is a
beautiful and colourful city. It is located on Lake Leman, which houses, among others, on its shore, the famous Castle of Chillon — made famous by Lord Byron, Victorian poet in his
famous long, sad meandering poem about a prisoner languishing there, lamenting helplessly on his fate in his jail cell where his “hair had turned grey — but not with years” and who, when finally got his freedom he, understandably, hailed it “with a sigh!”
Switzerland is a democratic Confederation- la Confédération Helvétique.

It is made up of twenty-six Cantons and the city of Bern is its administrative capital. The legislative powers are vested in a Federal Assembly made up of representatives from every Canton. Geographically, Switzerland is land-locked. It has a population of some eight million, concentrated mostly on the Swiss plateau where are also its located two largest cities, as mentioned before, Zurich and Geneva. Linguistically, the Swiss people speak three languages: German, French and Romansh. Switzerland is a peaceful country.
It pursues a policy of strict neutrality. Its governing body comprises representative
from the Cantons, one of whom rotates as Head or Prime Minister and serves a one-year term only. The system has worked beautifully for the Swiss people, I was assured.
There are many beautiful sights to see in and around Geneva alone and each drive is an experience in itself.

In fact, my friend and his charming wife would take us on a couple of these wonderful drives in and outside the city. It was always smooth, refreshing and enjoyable. The air was ever pure and fresh and the weather was always great and to crown it all our hosts were of such pleasant company! Indeed, it looked like we had picked the best time to visit Europe’s most beautiful country. Indeed, the weather would be wonderful during the whole duration of our stay.

A short visit to Les Diablerets — a ski resort town in the Canton of Valais in the Alps valley, which is a couple of hours by car from Geneva — was quite an experience! It takes great skill and concentration to drive along the ‘carved’ road that zig-zags up the mountain offering along the way some of the most fascinating vignettes below as the car ‘climbed’ the lovely stiff road up the mountain. Our host, it appeared, was an ace at handling
the ‘crooked’ road. He felt at ease and relaxed.

Understandably, Les Diablerets is a well-known ski resort right by the Alps, which was still capped with snow. We could see the téléphérique (lifts) still operating. They take tourists
to the mountain top to enjoy the spectacular view below over a coffee or drink with friends and family in the lovely restaurants and Cafés. It is, indeed, a sight to see. Just magnificent — no doubt about it! Also, we were privileged by our good friends and hosts to another lovely drive to Chexbres, an agricultural town down Lake Leman. It is a wine growing village right across the lake and the French town of Evian. Chexbres is reputed for its vineyards which look like carefully carved and layered up in terraces in the valley offering wonderful views of the whole vineyards. It was the season of the Vendanges and, sure, there were lots of activities going on in the farms. Wine-growing is a lucrative industry in Switzerland. Swiss wine, I was told, was well reputed. As a matter of fact, my friend and host apprised me that “one could not buy Swiss wines anywhere else except in Switzerland.”

—”And,” my friend added. “Believe me, they’re all of great quality!” By the way, also worth mentioning about the wine growing village is one interesting fact. During the crop season, when the grape vines are laden with the ripe juicy fruits, which one can well see from the streets that run along the vignobles, many farmers, graciously leave pairs of small cutters/ knives handy on the wall that fences the vineyard for motorists, who might be tempted to taste the grapes. They are free to stop and help themselves to a few bunches before they continue on their journey. I thought it was a most beautiful gesture on the part of the farmers! No wonder so many motorists — especially those with children — throng Chexbres in summer!

We rounded up our stay in Geneva with a visit to Lac d’Annecy — a marvellous holiday spot. However, unlike, Les Diablerets and Chexbres, which are Swiss towns, Lac d’Annecy
is in France, located in La Haute Savoie, close to Geneva across the Swiss border. It is a beautiful lakeside town that offers lots of water sports activities. It is always jammed with
tourists and visitors. The countryside in La Haute-Savoie is as glamorous as anywhere in Switzerland. Lac d’Annecy is just a couple of hours from Geneva. Switzerland, as a country, is matchless for its natural splendors. It is a ravishing country on all counts. The
cities are gorgeous and the people are wonderful. Wherever you turn, you see nature, glowing in the early fall colours and the resplendent sun. The colour green dominates. There is beauty everywhere. The air feels so fresh! And, I confess that all the time I was there, I could not help thinking of how Moghul Emperor Akbar, the Great, felt when he fi rst set foot in trip in the Indian State of Kashmir.  He was so smitten by the splendors of
the Himalayan state that he could not help muttering to himself: — “If ever there’s a heaven on earth, this is it, this is it!” And Kashmir, as everybody knows, is hailed by millions as “the Switzerland of the East”. In the same vein then, I can safely aver that “Beautiful Switzerland” is no less! 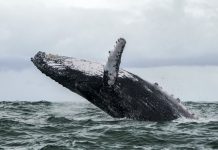 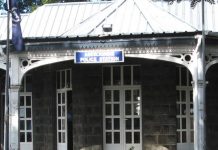 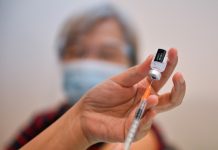 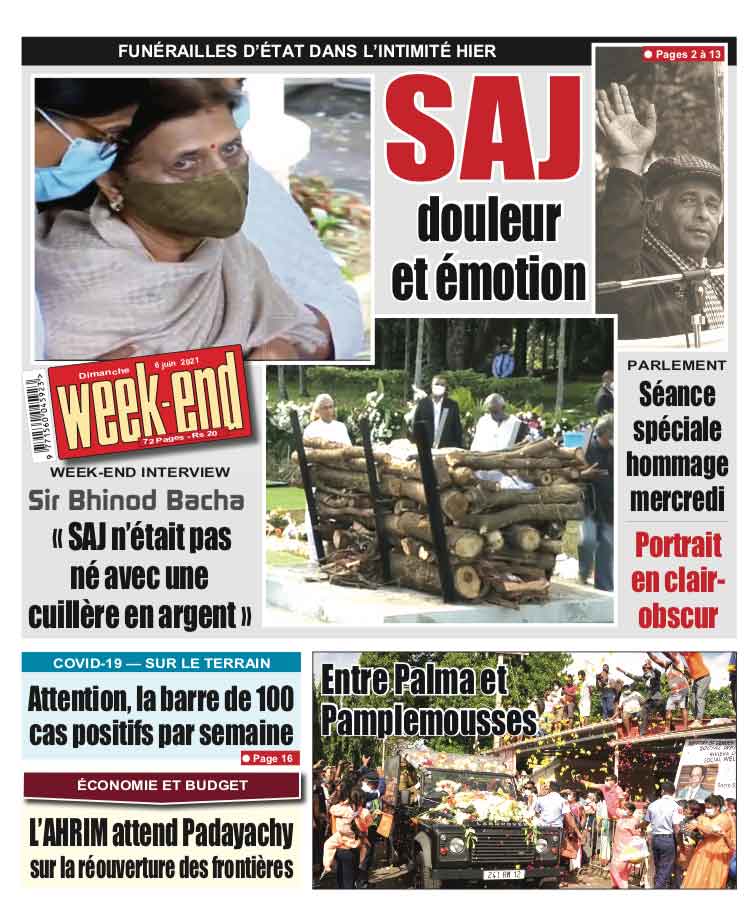