En marge des festivités organisées dans le cadre du 45ème anniversaire de l’indépendance de Maurice, un Mauricien, Christian Cuniah, diplômé de Birkbeck College, University of London, s’interroge sur ce que nous célébrons réellement. Nous publions ci-dessous son article.
For most people, the event symbolizes the fact that we are no longer a colony, but instead have a greater measure of control over our political destiny by virtue of our right as adults to a democratic vote. However unlike other ex-colonies where independence was a real achievement, gained after many years of conflict and struggle, Mauritius did not have to fight for its freedom from colonial rule. On the contrary, the British were keen to hand over the island, while some of our leaders were bitterly opposed to independence. To gloss over this fundamental disunity at the time of the birth of our nation, and to frame our history instead as one of ‘liberation’ is misleading and unhelpful. It may also help to explain why many of us struggle to see ourselves as a nation forging ahead with a programme which is beneficial to us all. Since 1968 onwards our government has invested time and money in ‘celebrations’ which are designed to engender pride in our sovereign nation.
However, to what extent is this undeniably successful marketing and branding exercise merely masking some fundamental problems? Several decades have now passed since the British devolved power to us, leaving a rich legacy in many domains, but also some historical anomalies – like the best loser system – which we have had plenty of time to improve on or amend. But have we really moved forward and improved the institutions and traditions bequeathed to us and enriched the lives of our citizens, not only materially but also spiritually and intellectually? The 12th March is a good opportunity for us to assess our recent history and to ponder our future. First of all, we must collectively recognize that events and attitudes around the time of independence caused a great deal of harm to our fledgling nation. The opposition to independence and fear-mongering generated by some of our politicians undoubtedly fostered an exodus of a swathe of our middle classes and the loss of this intellectual elite cannot be underestimated. We plodded forward in the 1970s and the sense of insecurity between communities, gradually dissipated. But had we all been given a fair chance to progress under this new independent regime? In the 1980s a political party claiming to represent ALL Mauritians came to the forefront. It was good news for the population who voted for this change; but did the politicians deliver what was expected of them? Sadly not, and ‘scientific communalism’ became the new buzzword for an outmoded  attitude which continues to overshadow the functioning of our political system. The 12th March is a time to ask ourselves what are we doing to further the progress of our nation? Are all social groups offered the same opportunities?  If so, why do certain names appear and re-appear among our political elite? Is it nepotism and dynasty or true democracy? Does the political class represent Mauritians adequately and effectively? Are appointees to public office transparently elected or nominated, and do they work for the public good or to further private interests? Should we have blind faith in our justice and legal systems? What is an acceptable number of annual unexplained deaths in police custody, allegations of brutality, and unsolved crimes? Is anyone monitoring allegations of corruption or misuse of office, or can such actions be carried out with impunity in the Republic of Mauritius? Is our headlong plunge into a free market economy, our relentless marketing of ourselves as a prime destination for wealthy investors and holidaymakers damaging the core ethos of a country once famed for hospitality and where collective needs took priority over individual profit?
We cannot evaluate the country’s progress merely in terms of economic indicators; we need to look at simple human values: fairness, equality, justice and human rights. Is it not time that we Mauritians who consider ourselves citizens of a nation first and members of a community second or not at all, decide finally to reject the old style of communal-based politics and act together to ensure that come 12 March 2018, when our country attains its 50th birthday, we are represented by transparently elected public officials who are motivated by national not narrow sectarian or personal interests, and where the rights of every citizen to fair treatment and equal opportunity are not only respected but guaranteed? 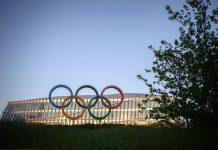 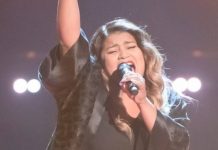