Little Portion Films started in 2014 with a group of friends who happened to be lay Franciscans, that is Franciscans who don’t live in community but are nevertheless part of a worldwide community. We got together to form the steering group for a film centred around a Friar and his Franciscan Friary which turned into a modern day version for a fi lm on the life of St Francis. The result, two years later, was the film, ‘Finding Saint Francis’ which premiered at the British Film Institute and today with the fi lm script ‘Tipping Point’.

Why did we do what we did? Well, we were a group of friends, united by a common purpose, which was to let as many people, in as many countries as possible, learn about an extraordinary individual. A man who, over the course of 800 years, has, and still is, turning the world upside down. A person who is at the forefront of peace, who stands for justice for all, who is the patron saint of the environment, who champions the poor, who was the humblest of people, filled with joy and love for all of creation. We need such a role model in today’s society and such a person is epitomised by our current Pope.

There is such imbalance in the world. We are depleting our worldwide resources at an alarming rate. We are losing thousands of species on an escalating scale. We are increasing our world population faster than ever before. There is an alarming disparity between rich and poor and the gap is growing. There are looming problems with the climate crisis, migrations caused by war, famine and lack of water.

There is religious intolerance causing widespread terrorism. Franciscans stand for equality, fraternity, care for all of creation, simple living, joy, the belief that this world has been created by God for a purpose, that there is an inherent balance and harmony in creation and that we have the responsibility and privilege of working to find, maintain and enhance that balance and harmony which will allow all people, and all creation, to enjoy their benefits. When I first read ‘Laudato Si’ I realised that all this had been addressed and answered in religious terms by the Pope’s encyclical..

We need to join together across the world to help solve these problems. We need role models who show us the way forward. Role models like Pope Francis and his namesake Francis of Assisi. We believe that fi lm has the ability to reach the ends of the earth and is one of the richest ways of communicating our message to a world-wide audience. To this end my Mauritian friend and adviser, Jeewan Ramlugun, and the Little Portion Film Team of Franciscans would like to make a present of the fi lm, ‘Finding Saint Francis’, to his Holiness the Pope on his visit to Mauritius. We wish his Holiness and all Mauritians great joy for his visit. 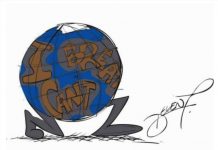 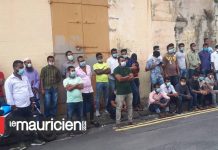 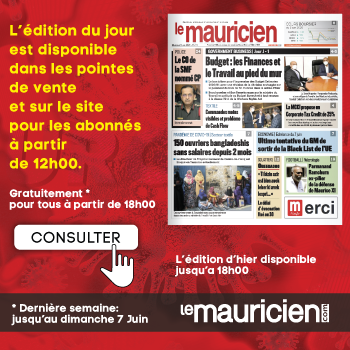