‘From all that terror teaches, from lies of tongue and pen,

From all the easy speeches that comfort cruel men,

From sale and profanation of honour and the sword,

From sleep and from damnation, deliver us, good Lord.’

(A Hymn: O God of Earth and Altar by Gilbert Keith Chesterton)

On the 12th March 2018, we celebrated our 50th anniversary of independence. We reached an important milestone in our history as a nation where for a moment we reflected on our past to prepare for the future, the future of being Mauritian and of civic patriotism. We stood back to reflect on the sense of being Mauritian at a time where our country is facing significant challenges, especially our relationships with the rest of the world. It is now crucial to think about how to equip ourselves for globalisation, a new perspective on citizenship, the future of local government, social integration, relationship between all communities and multiculturalism and even the shape of public services. The government intends to open up our economy and country to the rest of the world as explained in the Budget speech 2018-19. But the issue with the idea of offering foreigners the opportunity to obtain Mauritian citizenship through a non-refundable contribution of USD 1 million to a Mauritius Sovereign Fund with or without qualifying period is what does being Mauritian mean? We must have a clear vision of what being Mauritian means and what gives us purpose as a nation.

Being clear of what being Mauritian means in the post-independence era is essential if we are to forge the best relationships with the rest of the world especially with India and China. With the end of the sugar production quotas and relative economic decline since 2011, Mauritius should not lose confidence in itself and its role in the world. In recent years, Mauritius could not face up with great constitutional questions for fear of losing our Mauritian identity. Being Mauritian embraces the claimed qualities that connect and distinguish the Mauritian people and create the basis of their unity, identity and expressions of Mauritian culture such as habits, behaviours and symbols that have a customary quality easily recognisable with Mauritius. Mauritius is building its unity to form a more perfect nation where a Mauritian can be Hindu, Muslim, Christian or of any other religious faith. If 50 years on, we are still building this unity, it is because there is always a risk, as when people feel insecure; they tend to retreat into more exclusive identities established on 19th century concepts of blood, race and class. Therefore, if we do not promote the qualities of being Mauritian, we will be at risk of having a divided society.

I shall insist on the fact that we should be clear about what is the meaning of being Mauritian. No society can develop and prosper if the diverse cultures despite their differences do not find the essential common purpose to live in peace with one another. Therefore, if 50 years after our independence, we are still building this unity to define what being Mauritian means, how can we sell a privilege which is still in development stage? Anthony Giddens defines citizenship as ‘people living within the borders of a political system are citizens, having common rights and duties and regarding themselves as part of a nation’. Therefore any citizen of a country can aspire to become Prime Minister or Mayor. One notable example is of Adolf Hitler who was born in Austria in 1889 and became a citizen of Germany in 1932 and Chancellor, the following year. If the government intends to provide the Mauritian citizenship against financial contributions, should foreigners interested in the scheme learn how to become a Mauritian first? Will there be a qualifying period where a foreigner would learn about the Mauritian culture prior to obtaining citizenship? I am pleased to learn that the Mauritian citizenship is worth USD 1 million but yet I am surprised that politicians have considered trading our identity that is still under construction to people with economic power who in turn would have increasing political influence. 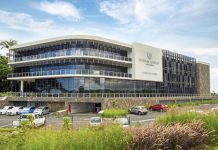 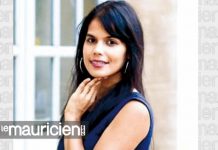 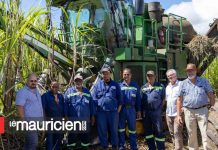