Every ‘cité’ (now known as Résidence) drags with it a negative outlook. Let’s not go there.

Let’s look at the rays of sunshine piercing through any dark traits a ‘cité’ could uphold. Cité Mangalkhan is rich in potentials even though its circumstances hinder a full spreading of its wings.

It’s been months since I have been nurturing a relationship with a group of children at an association called “Vent d’un Rêve”. “Vent d’un Rêve” beautifully and lovingly took the initiative to bless these kids with different extra-curricular activities fostering music appreciation and talent from early childhood with the dream of building up an orchestra.

I do what I call “self-reinforcement work” with these kids. They come from different backgrounds, soft to tough, and each kid adds some spices to the environment in which we find ourselves for 45mins to 2hours.

Love duly applied can save a mile. Beyond the background, beyond the issues, beyond the perception, little hearts on feet are paving their way through a life that has been less favourable to them. Some come from broken families, others are exposed, despite themselves, to a variety of issues and thankfully, a couple of them stem up from a healthier setting. Behind closed doors, they are being shaped up unknown to themselves and many are at the mercy of an unstable cocoon.

The joy they express, the smiles naturally emerging, the innocent laughs filling up the room and this AFFECTION freely, freely offered and hungrily sought is overwhelming and would melt any hard hearted.

Vania is one of these little treasures. Born in a house where drugs lead the show, Vania’s mind operates like a flower with some petals missing but whose beauty does not fade. She can be mischievous at times, but the look in her eyes every time I gently speak to her with tenderness, gives me direct way to her heart. Love is an easy talk but such a hard walk, especially in this materialistic and selfish world. But when it is offered, especially to those who the world would see as a reject, love has a blooming effect. Vania is shining out of her bubble at a gentle pace.

Zeca is a little boy whose mouth literally stopped uttering lengthy words at the loss of his dad. During an activity before Easter, I asked the children to shape up an Easter egg with paper, on whose back they would write a word to their special person. I asked Zeca to whom he would dedicate his word, he said; “mo papa”. I came to know about the loss of his dad after the activity. That had touched my heart because even though part of his world is shattered, even though his confidence went inexistent, Zeca loves playing, joyfully does so. He is slowly but surely finding his way out of that shell that kept his words locked up. Drops of love and sincere attention can help  rescue souls.

The goal is to help rebuild a sense of belonging and hope within their hearts. The activities I do; personality charts, writing Thank You cards, drawing their dream and sticking their illustration of it in a place that would set their mind on reaching out to it, among others, aim to trigger that inner desire to press on through life, to overcome their challenging surrounding, to unplug that circuit that would knock the happy wind out of their sails.

What strikes me most, is their simplicity, how they bring their talents forward, their joy, that special grin and above all, this fountain of love they all are. Some would like any adolescent, be rebellious, and does that stop them from expressing their best musical talents?

Ryan, who walked through “Vent d’un Rêve”, ended up singing at The Voice Kids in France. Lorenzo and Deborah, two grown-ups, were among the first to embrace a structured journey in “Vent d’un Rêve”. They are working to becoming fully fledged teachers and are already sharing their musical knowledge with the little ones.

Most of the time when we hear, “li sorti dan site”, our thoughts radically shift to some pretty demeaning ones. The very fact that, they could be as good as a kid from a so called reputed town, does not compute with our brain. I encourage you, with me first, to push the reset button. There are indeed some sad realities, sad mentalities entangled in a disordered pattern. The same situations transposed in a ‘richer environment’ would definitely echo a different response. Pulling back the veil on our blindsided mind-set would be the first step to giving a chance to these kids to rule out any possibilities of unmet destinies.

Wrong is right and right is wrong nowadays. People are so less accountable for their responsibilities and choices. We tend to choose the easy path, the easy thoughts, the easy judgements and criticism. I might sound judgmental here, depending on points of views, but what makes a human being truly honourable are values like compassion, care, helpfulness, selflessness and sincerity, only to mention some. These values are ingrained in any person. The sad thing though, is that most people buried these at the expense of shallow living. A little push of our own would definitely help excavate the beauty of humanism.

Pride is part of our DNA. However, there is a difference between healthy and unhealthy pride. We individually have the final say here. A “cité” does not qualify its people, we do! Let’s undo or outdo this trend leaving room to that humanity residing within each and every one of us. Let’s learn to separate the who from our do, thus levelling each and everyone’s worth to a simple four-letter word; LOVE!

*The names of Vania and Zeca are replacements for the real names. 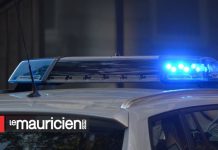 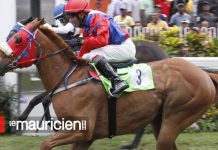 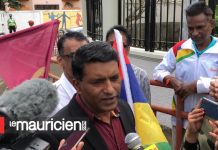