The man is in his late 50s. One day he feels his feet are getting numb. He has difficulty standing on his feet. Gradually his hands start becoming numb too. He cannot hold anything. He doesn’t understand what’s going on. He’s under panic. Every one of his faculties is very much alive except his sense of touch. Life becomes impossible. He’s condemned to keep the bed.

He’s taken to a private doctor. A few medicines are prescribed. The doctor says the patient must be under stress. The medicines turn out to be just vitamins. There’s no improvement in the patient’s condition. He continues to suffer. It’s clear the doctor has understood absolutely nothing about what’s ailing the man. The family takes him to the nearest hospital. He’s admitted.

A doctor (in the 50s or thereabouts) and two male nurses arrive without delay. The doctor asks him to stand. The man says he can’t. The nurses help him out of the bed. He collapses. Is he diabetic? Yes. Is he suffering from hypertension? No. Is he under medication? Yes. He has a stent in the heart. The doctor says he has no exact idea what’s the problem. He mentions something like cerebral accident. The doctor tells him to take a rest and adds that he would be seeing him at about 2.00 p.m. It gives the patient some hope. The doctor appears to be experienced. The patient is keen to know what he is suffering from. He had never been a victim of such a debilitating disease.

The scene takes place in a ward. Some of the patients are therefore aware of the predicament of the man. The patient next to him tells him that everything will be all right. The doctor will come. At 2.00 p.m. the doctor never comes. Instead, a nurse arrives to announce that the doctor wouldn’t be coming. It appears he’ll be taken up in a family function. He won’t be here the next day either since it’s a public holiday. The doctor has recommended that the patient continues to take his prescribed medicines as usual. So the patient decides there’s no point staying in the hospital. His relative takes him home. Everyone is still in the dark about the man’s disease.

The family is sick with anxiety. They’re afraid he might die at any moment. The patient is in-capacitated. He gives up all hope. They decide to take him to a doctor in Quatre-Bornes. The doctor is attentive and suggests that it may be a neurological disorder. He refers the patient to a clinic where he can obtain the services of a specialist. The latter confirms the doctor’s conclusions. It has to do with some Syndrome. He explains the nature of the problem in simple language. It has nothing to do with cerebral accident or stress. No medicines are needed because there are none for this uncommon disease. The patient will get well with time. The symptoms will disappear gradually. It could take one week, two weeks, one month or even more. At least, now, the patient and his family are clear about the nature of his disease.

Medical negligence is when a patient fails to receive the attention and the care he is entitled to. Both doctors (the one who prescribed vitamins and the one at the hospital) failed to examine the case thoroughly. They didn’t make the necessary efforts to find out what the ailment was all about. They never bothered. At the hospital, the doctor faulted by not keeping his word to see the patient as promised. If he was unable to see the patient for one reason for another, shouldn’t the case have been referred to another doctor? He also faulted when he said that it might be cerebral accident when this was clearly not the case. Scaring a patient unnecessarily is not the role of a doctor. Why did the nurse hint that the patient sees elsewhere?

Neglecting a patient constitutes a serious breach of contract. Every patient, however complicated his/her case, must be given due attention. This is a sacrosanct principle. It can’t be otherwise. Yet this patient had to leave the hospital without receiving the care he deserved as a taxpayer. Luckily, he had the means to go to a clinic. But many others don’t have the money to see a private doctor or go to the clinic. What happens to them?

Many doctors and nurses in our hospitals are dedicated and responsible. They will do the necessary for their patients. However, we do have a few, as we have seen, who don’t give the best of themselves. Doctors and nurses must remember that they cannot take a salary and then perform their duties badly and indifferently.

Neglecting a patient is also a breach of duty.

The second case concerns a man in his 60s. A hard-cover novel slips from his hand one evening and falls on his toe. Later, he remarks some pus oozing out of the yellowish nail. He’s diabetic, so he is worried. He drops at the hospital one Sunday where a young doctor notes down all the details before sending him to another young doctor. The patient is seated while the doctor is standing. It’s from a good distance, therefore, that he takes a cursory look at the toe. He prescribes an injection and medicines. The nail must be removed, he adds. The man is scared. He’s under tension. There’s no other way, says the doctor. Any doctor would say the same thing, he assures the patient.

At the clinic, he seeks a second opinion and a specialist, after a meticulous examination of the toe, prescribes medicines and says that the nail doesn’t have to be taken out. Let’s see how the medicines will work. The wound gets healed eventually. The patient can wear his shoes normally.

Jumping to conclusion, as the (young) doctor at the hospital did, is, in my view, medical negligence.

Author’s Note: The accounts given above are authentic. Nothing has been made up anywhere. 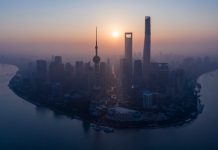