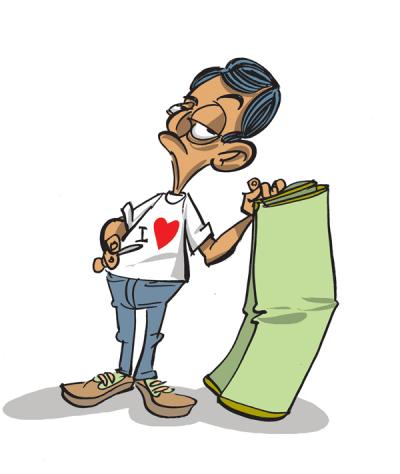 Naïve and simplistic Pran Chopra certainly got more than he bargained for, when his failure to keep up with current local events turned his whole day topsy-turvy. Everyone knew what would be taking place on 2nd December 2012, except him ; the Village Elections 2012. Pran was allergic to the National TV and Radio channels and had no time to peruse the papers.
Anyway, there he was, on the bus, tired of his routine clerical job in a scrawny office and fed up with his wife’s daily nagging, trying to get away from it all. He was off to Le Morne Beach to spend a day all by himself on that fateful Sunday. He was dozing off comfortably, with a drip of saliva slowly trickling down his chin when the bus drew to a sudden halt. They were in Flic-en-Flac. He opened his eyes in shock as five police officers swarmed into the bus. Disgruntled and panicked, he looked down but that move seemed suspicious to a police officer, who shook him by the collar and demanded his name.
“Pra-Pra-Pra-Pran Chopra, Sir,” he mumbled.
“Trying to be the great villain Pran or Prem Chopra ? What’s up with that big red heart on your T-Shirt ? Man up !” jeered the police officer, as they all got off the bus after realizing that all was well.
“What the hell was that all about ?” thought a less-than-impressed Pran. Soon enough, he cheered up as he reached the beach. Nothing like a chilled beer to continue the day on a perfect note and forget that policeman’s face ! However, he was bemused by an unusual electrifying atmosphere that had gripped the West Coast. There seemed to be more people than usual and everyone was over-excited.
He went into a shop and asked for a can of beer.
“Are you mad ? Get out !” shouted the owner.
Maddened, he went to another shop.
“Hey ! Do you want me to go to jail ? Get lost !” shouted the owner.
Pran Chopra went into four more shops and got booted out in the same fashion. He was, by then, like a ruffled peacock. As he walked along the coast, he saw a group of people standing by a table, with the symbol of boxer shorts adorning a huge banner.
“Maybe they are collecting boxer shorts for the destitute,” he thought.
Instinctively, he took out his spare crumpled boxer shorts from his rucksack and handed that to them.
“What’s wrong with you ?” they demanded.
“Must be our opponents messing with us. Look at that stupid red heart on his T-Shirt !” said someone.
The group of people then gathered twigs and filao seeds, which they threw at poor Pran. The latter ran away until he was left out of breath.
As he walked, he felt hot and took out his foldable mat and spread it on top of himself to shelter his burning head. Looking around, he saw banners all over the place, with symbols of scarecrows, mosquitoes, snakes and skirts. Then, he understood that it was Election Day in the villages all over the island. Ah, that explained everything.
“Stupid symbols ! Why, one day, they might even propose a toilet as a symbol. Ridiculous thing about the alcohol sales ban too. What about the bottle of rum in my bag ?” he thought, as he walked, huffing and puffing.
At the same time, he heard a huge commotion from behind. There was a political rally going on. “Vote for nine mats !” boomed the speakers on a lorry. Someone saw him walking with his mat and pulled him on top of the lorry and clapped him on the shoulders. At the same time he was being pulled up, his mat fell on the road. “My mat !” he muttered feebly but that was to no avail. There he was, on top of the lorry, caught up in the momentum of the rally.
However, a barrage of police jeeps soon appeared out of nowhere. Everyone tried to make a dash but Pran was transfixed. A policeman pulled him down and searched his rucksack.
“Ah, bottle of rum, heh ? I recognize you, fellow with that stupid T-Shirt ! Lock him up !” he shouted.
But as we well know, every dog has its day. Leaving his rucksack behind, Pran got an unexplainable source of courage. He started running for dear life, through the sugarcane fields, crossing the rivers, mountains, everything, while tearing away his unlucky T-Shirt ! Good thing he did not have any ID on him. What was supposed to be a day devoted to relaxation and peace of mind, turned out to be totally the opposite for Pran Chopra, as he reached home, bruised, sweaty and tired like a mangled dog ! From Zero to Super-Zero ! Ignorance, unfortunately, did not turn out to be bliss for him ! Needless to say that Pran Chopra learnt a tough lesson and has been making gargantuan efforts in watching the National TV channel news ever since, sipping a hot chocolate simultaneously to make it more digestible ! 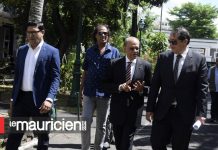 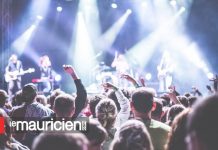 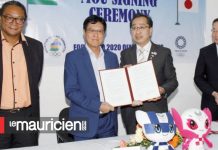