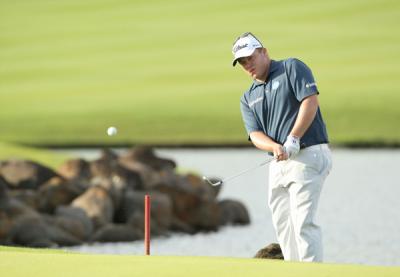 Veteran Singaporean Mardan Mamat battled to a four-under-par 67 to lie three strokes behind new leader George Coetzee after the third round of the inaugural AfrAsia Bank Mauritius Open yesterday at Bel Ombre Golf Course. The four-time Asian Tour winner traded five birdies against a bogey at the Heritage Golf Club to lie in solo in the fourth position heading into the final day of the €1 million (approximately US$1.1 million) tournament tri-sanctioned by the Asian, European and Sunshine Tours.
South African star Coetzee equaled the course record with a brilliant 65 to surge one shot ahead of countryman Thomas Aiken and overnight leader Thorbjorn Olesen of Denmark who returned a 68 and 70 respectively. Asian Tour regular Carlos Pigem of Spain dropped two late bogeys for a 69 to earn a share of fifth place  amongst others, Australian Nathan Holman, four back of Coetzee, who leads on 11-under-par 202. Power-packed Coetzee, who is ranked 63rd in the world, crafted four birdies on the card and holed out for a stunning eagle from the fairway on the par five seventh hole to charge into contention for a career seventh victory at the magnificent Heritage course.
«As I walked off the course, I told my manager I don’t know how I’m shooting under par the way I’m playing, but obviously the course must suit my eye pretty well,» smiled the 28-year-old. «I’m pretty happy with the way things turned out in the end. I don’t know if I’m getting that winning feeling again. With golf, you never know what’s coming tomorrow, but I’ll definitely be giving it my best.»
Mardan, 47, snared a long birdie on the opening hole and made further gains on five and seven to turn in 33. He rolled in two more birdies against a dropped shot on 15 on a day when the players faced windy and rainy conditions for much of the day. «I had a pretty good start, birdied from long range from outside the green. From there, I kept the momentum going. It’s a tough first nine and I managed to play it in three under. I was pleased with that,» said Mardan, whose last victory was in the Philippines in November.
«Before the start, I told myself to prepare for the bad weather. I clocked it into my head and played it one shot at a time and kept myself dry. The birdie on 18 was a bonus. I played a good shot from out of the (fairway) bunker to about eight feet. I’ve practiced that shot previously and it felt comfortable. It’s not an easy shot but when you practice, you feel confident.»
Three behind Coetzee, Mardan is counting on his putter to strike it hot come Sunday. «I like the way I’m striking the ball. Even in the wind, I’m hitting it good. I need to hole some putts. Missed a few today and hopefully I can hole a few more,» he said. The 24-year-old Pigem, who is playing in his third year on the Asian Tour, was disappointed to drop shots on 16 and 17 as he ended the day four back. «We know that 16 and 17 are tough holes. I hit a bad shot on 16 and didn’t get up and down and missed the fairway on 17. A disappointing finish, but tomorrow, we’ll try to catch the leader. You need to hit the fairways here as the rough is quite tough and the pins will get tougher every day,» he said.
Thai teenager Jazz Janewattananond was amongst a handful who stayed bogey-free, a 68 moving him up to a share of ninth place on 207. «I didn’t make mistakes. Kind of a day where you feel you will play well although I didn’t make too many putts. Playing in the rain was a new experience as we normally get rain and lightning in Asia. It came down pretty hard but I managed to get through it. I was really happy with how I handled that,» said Jazz. 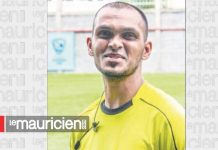 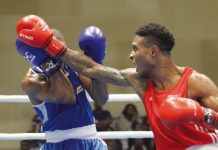 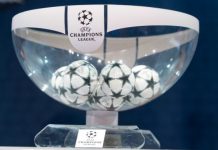