One should not disregard the fact that the Spanish influenza was in its initial phase considered a benign seasonal flu but gradually turned lethal with a global reach infecting about 500 million people and killing at least 50 million of them. That happened a century ago, between 1918 and 1920. The Spanish influenza goes down in World Health history as one of the most fatal epidemics to have hit the globe, surpassing the death toll of 25 million estimated for the Black Death (1347-1352).

In her book “PALE RIDER: THE SPANISH FLU of 1918 and HOW IT CHANGED THE WORLD”, Laura Spinney, a Science journalist, argues that one of the factors why the “Spanish” flu spread so rapidly, infecting 30 percent of the world population, stems from the fact that news censorship imposed by a number of European countries during wartime kept the large majority of their populations in the dark. Suppressing public information campaign about the manifestation of the flu was done purposely: to avoid depressing the morale of the population in the war-ridden countries and to try to play off the enemy. That was done at the expense of the lives of millions of people. The exception was Spain which remained neutral during the war and had no qualms about delivering essential information about the flu in its territory so that its people were warned to face the danger.

The unfortunate thing about Spain was that when the Spanish King Alfonso and his entire cabinet were gripped with the hitherto unnamed flu, it made headlines mostly in the affected European countries which put a lid on the development of the epidemics. Rather than taking steps to tackle the spread, they lost no time in pointing the accusing finger at Spain from where, they said, the virus sprang up crossing the Spanish borders to reach the European countries. They even mischievously attached a name to the flu – the “Spanish influenza” – a name that was going to stick forever, much to the anger of the Spanish King.
However, the source of the scourge was “definitely not Spain”, argues Laura Spinney. Nor could it be established with certainty from where it originated.
However, Spinney holds the view on the weight of her research works, that most likely the epidemic had its roots in the Shansi province of China, where a pneumonic plague erupted in 1917. From there, it was likely the flu was transmitted by a corps of 135,000 Chinese labourers transiting the US on their way to the military camp at Etaples in Northern France. The Chinese labourers were hired for digging trenches during wartime. Soon the whole European continent was affected.

It was on March 4, 1918 that the first wave of the flu was reported in the US. About hundred soldiers on a Kansas military base were complaining about fever, headache, and dizziness and coughing. These symptoms were brushed aside as a mild seasonal flu. But it was realized after sometime that the flu was lethal as the death counts became a matter of concern.

Within a period of four months, the second wave of the flu swept across Europe. A contributing factor to the spread of the disease in Europe was the heavy movements of infected military personnel and the population in general by land and sea transports. It was also argued that the Chinese labourers engaged in France had infected a large part of the population and by ricochet, the virus travelled to the other parts of the world, even to remote places infecting 500 million of the world population and decimating at least 50 million of those who could not resist its mad fury.

Dr. Momplé warned that “alcohol does not keep off the disease”

Mauritius could have averted the wrath of the Spanish flu if only a serious concern was shown to guard the island from the intrusion of the epidemic, although the local authorities were cautioned beforehand about several ports in the Indian Ocean region having been “infected”. Though the pandemic flu was dying out in the midst of 1919, it nonetheless took hold of the island causing havoc.

In April 1919 two steamers suspected of carrying infected passengers reached the harbour. Though the ‘Beira’ and its passengers coming from South Africa were held in quarantine on Flat Island, the French ship, ‘Orénoque’, sailing from Marseille and Reunion was not subjected to quarantine control. The ship obtained clearance to allow its passengers to come on land. That double-standard attitude was, perhaps, a serious lapse that would cost Mauritius very dear in terms of loss of human lives. The introduction of the Spanish flu on our soil was a “great calamity that has befallen the colony”, said Sir Henry Leclézio in the Council of Government on 10 June 1919.

By the time, the Director of the Medical and Health Department, Dr. J.M Momplé, reacted by issuing an official notice on 16 May informing the inhabitants to take precautions to ward off the onslaught of the epidemic, the flu was already ploughing people to death. Two weeks before the Government officially recognised the existence of the pestilence in Mauritius, several police constables in Port Louis were diagnosed with symptoms of the flu. Then, in the following week, it was announced some residents in the Eastern suburb of Port Louis had succumbed to a mysterious disease.

“Keep yourself fit”, read the notice placarded on public buildings and shops’ fronts, “by attending to your general health. As the infection is rapidly destroyed by the sunlight and fresh air, live in the open air and keep doors and windows wide open as much as possible…”.

Dr. Momplé warned that “alcohol does not keep off the disease” and advised that home treatment was to be followed, namely, the patient “should go to bed at once and be kept warm, but he should not be given solid food except a dose of Epsom salt, Castor oil and plenty of hot drinks…”
But soon confusion and panic set in as the disease began felling its victims at a rapid pace so that on the single day of 24 May 1919, 239 deaths in Port Louis alone were reported.

The Civil hospital in Port Louis was overcrowded with people desperate for medical assistance so much so that many were diverted to schools transformed into makeshift hospitals. Volunteers from various government services were called to assist those needing help because the hospital personnel were reeling under intense pressure.

All social and business activities came to a standstill. Schools, banks and Government offices were closed. Train services operated occasionally and shops downed their shutters resulting in consumers facing acute shortages of household commodities while prices went skyrocketing.
But more distressing were the sights of carts, so called the ‘Dead Carts’, laden with coffins rumbling to the burial ground where at times many corpses were huddled together in a common grave. It was the Poor Law Department that was entrusted with the responsibility for collecting corpses and undertaking mass burial.

In many houses, the entire family was wiped out. Volunteers had to break open doors to remove dead bodies. While in others, the groans of those on their deathbeds and shrieks of relatives at the parting time of their dear ones rent the air. Many others recklessly indulged in alcohol hoping to beat back the flu.
The month of May 1919 was the peak of the Spanish flu in Mauritius when the highest number of deaths was recorded. In the Council of Government on 10 June 1919, the acting Governor, John Middleton, stated that only for the month of May, the total number of deaths attributable to the Spanish flu numbered 7197.

On the other hand, a chronicler of that time, A.F Fokeer in a booklet ‘The Spanish Influenza in Mauritius’ published in 1921 states that “the number of deaths regularly reported from 11th May to the end of July reached the figure of 15,000 or about one eighteenth of the population”.

Yet, in his book ‘Infectious Disease and Public Health Mauritius 1810-2010, Raj Boodhoo provides some data that give an insight into the grim situation. He refers to the Poor Law Commissioner’s report (1919) giving a death rate of 12,860 related to the flu and associated diseases such as pneumonia and bronchitis for the three month period of May, June and July 1919. That high mortality rate concerned the Indian population living on sugar estates and in villages. But an overall death count, according to the Medical and Health Department Report (1919) cited by Raj Boodhoo, shows a breakdown of the number of deaths for the month of May as 4680, June 4442 and July 347.
According to Raj Boodhoo, the number of patients who went for treatment in public hospitals was 25,073 and the number for those who went to public dispensaries was 78,546.

Mauritius was fortunate that the Spanish influenza was tapering off after July 1919, claiming fewer victims.

Today one must reflect whether the Coronavirus can be an ‘offspring’ of that deadly Spanish influenza that ravaged the world 100 years ago. 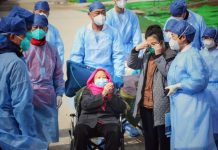 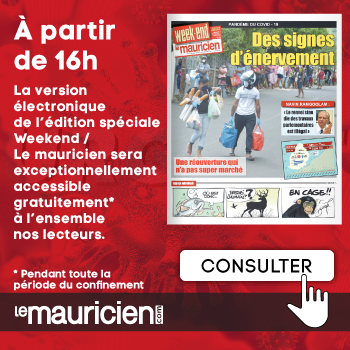 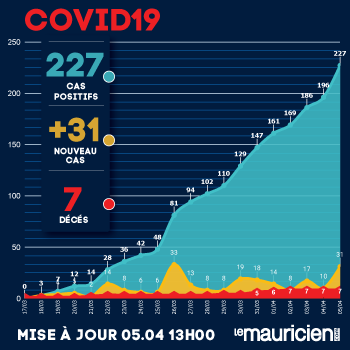