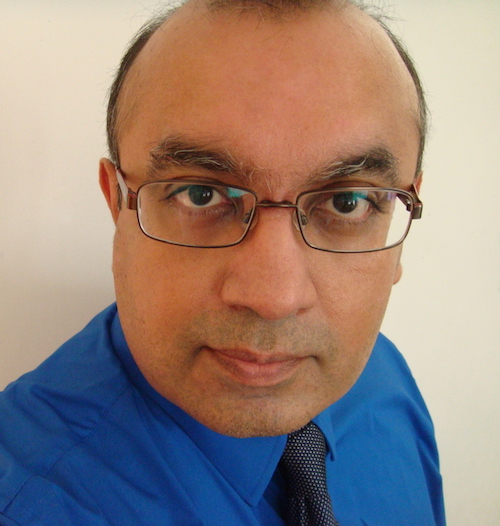 I don’t smoke. And I exercise.

The best policy on drugs for yourself is no first-use.

Looking at the experience of one famous scientist with mind-altering substances will provide important clues.

A psychologist born in 1931 who considered himself to be very mediocre but was driven enough to land an assistant-professorship at Harvard in 1958, be very successful by any objective measure and who started collecting things which included antiques, a sailboat and a Cessna 172 plane. But Alpert (RA) feels his life is too empty because it lacks enough meaning and the concepts he had learned and was now teaching didn’t free him from his neurosis. Trying marijuana a few years earlier thanks to his first patient and in an irregular fashion after that didn’t help either. Neither did spending $26,000 and five years in psychoanalysis. Or drinking heavily.

RA bumps into Leary (TL) at a nearby research centre where the latter had been hired after making quite an impression on the centre’s director in Italy. They become drinking buddies and a couple of years later decide to travel south with the first stop in Mexico. Tim gets there first and eventually tries nine Tionanactyl, the Magic Mushrooms of Mexico, and tells his friend that the six-hour experience is a bigger eye-opener than his fifteen years as a shrink. Their plan is scrapped after TL realises that traveling inside his mind would be far more interesting.

Flesh of the Gods Synthesised

A few months later RA is invited by Leary to try 10mg of psilocybin, a synthetic of the Magic Mushroom crafted by Sandoz, and soon enough he sees the different layers of his ego flash in front of him one after the other not unlike what people who’ve had near-death experiences have reported. His body then disappears bit by bit. He starts to panic as he thinks he’s dying because nothing in his upbringing has prepared him for this. But he notices that his awareness is still there witnessing everything with eerie calmness even though the body is gone. They take some psilocybin again weekly a few more times and also give it to a wide range of healthy people asking them to fill a survey at the end. Patterns start emerging highlighting the importance of set and setting (expectation and environment) in conditioning the reactions to the drug. But the main problem is that these new states of consciousness don’t last for more than a few hours.

Shifting to LSD
And Taking it More Often

RA then tried LSD, a more powerful hallucinogen, after TL had sampled it. He even took doses every four hours – about 2,400 micrograms every day – for three weeks with five other people. This allowed them to plateau at a very high level but they were frustrated to come down a few days after they stopped taking the drug. At around the same time they were introduced to relevant eastern spiritual literature. A 2,500-year-old book, the Tibetan Book of the Dead, stood out. It had been used for centuries by Lamas to help go through the 49 days between death and reincarnation by describing them and surprisingly these turned out to be extremely accurate accounts of their drug trips. This prompted RA to think about going to India to find out one of the guys who knew what these other forms of awareness were. Even though TL and a few other people who were experimenting with psychedelics had done that but hadn’t returned with all the crucial answers.

Not As Good As Meditation

Alpert eventually tags along with a guy he had walked through some LSD trips and who was off finding holy men in the east. Their journey began by looking for Sufis in Teheran, found one but didn’t feel anything. They then headed to Afghanistan, that Graveyard of Empires, then to India visiting Benares and Kashmir but they were still searching although one holy man they had given LSD told them that it was ‘good, but not as good as meditation’. The despair had become huge – RD had even stopped taking LSD so as not to make it any worse – and they were now in a restaurant in Kathmandu on their way to Japan when a guy, Bhagwan Dass (BD), walks in and sits at their table. As he feels that guy ‘knows’ he follows him back to India and eventually meets BD’s Guru, Maharaji Neem Karoli Baba (NKB).

NKB is somewhere between a devotee of Hanuman and the deity himself. The American quickly understands that the Guru basically has a copy of his life and thoughts in his head. So for example when RA thinks of asking him about LSD, some hours later a messenger brings him to Maharaji. The saint eventually gets Alpert to open his bottle of LSD and put three 305-microgram pills – a very big dose – into his palm before swallowing them. But RA is stunned that NKB has no reaction whatsoever for the whole day. That’s because the guy has no ego so there are no layers to decompose.

The Training Can Start

Our psychologist then gets a solid training in different strands of yoga, goes back to the United States, returns to India and soon becomes Ram Dass (RD) or servant of God. A few years later, in 1971, he publishes Be Here Now (BHN), an iconic book which chronicles his personal transformation, contains a guide to yoga and meditation as well as an interesting list of references. We’re now in 1972 and a teenager who had started smoking marijuana regularly two years earlier will soon be heading to the expensive Reed College, a private university that was on Leary’s college tour to popularise the use of LSD in spiritual discovery succinctly captured by the famous mantra « turn on, tune in, drop out ».

That teenager is Steve Jobs (SJ) and soon after arriving at Reed, as Isaacson tells us in the iBio, he befriends Daniel Kottke after discovering that Be Here Now had had a profound effect on both of them and that they dropped acid (take LSD). Jobs and Kottke share more books on eastern spirituality – these will later play a large role in informing the sleek design of Apple products – and set up a meditation room where they appear to be implementing recommendations from BHN. They ingest LSD there but not as often as they meditate.

A couple of years later when SJ is at Atari he organises a trip to India to find his guru and get enlightened essentially repeating the journey of Ram Dass. He goes to several interesting spots including Manali and Nainatal where NKB used to hang out. Unfortunately for Jobs the saint had left his body a few months before his arrival but he gets the opportunity to visit Haridwar right in the middle of the Kumbh Mela. In all SJ spent seven months in India. That’s long enough for her to figure out what to do with him. In 2015 Kottke was asked if Jobs took psychedelics after Apple was launched. He replied in the negative saying SJ focused all of his energy on making his company successful. 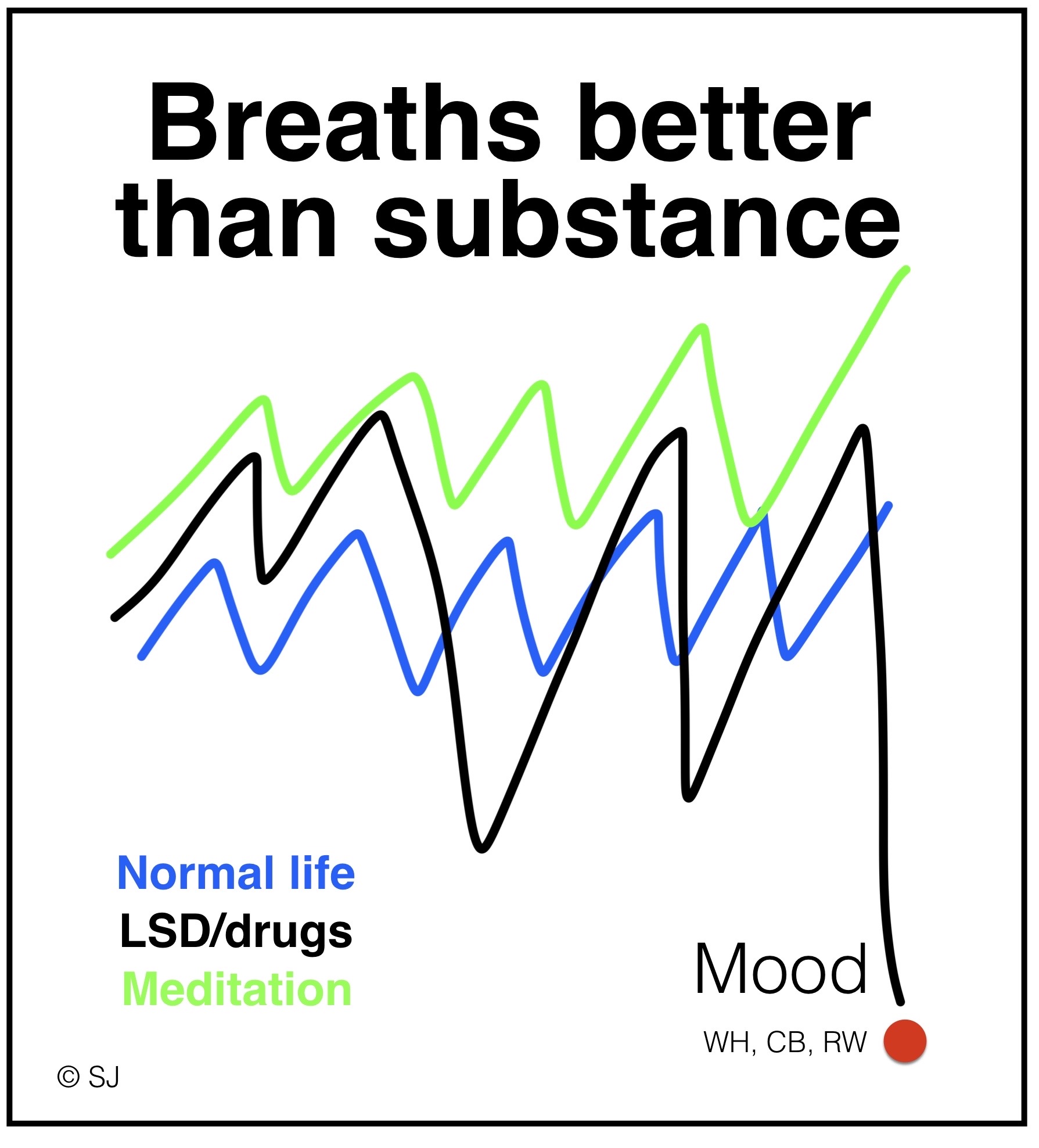 An interesting article in The Atlantic informs us that in 1998 42% of teenagers in Iceland aged 15 and 16 had been drunk the month before, 23% lit up cigarettes every day and 17% had tried cannabis. That was besides being among the heaviest teen drinkers in Europe. Thanks to adapting ground-breaking research by Harvey Milkman from Denver, Colorado the island nation was able within two decades to cut these numbers to 5%, 3% and 7%. How did they achieve so much so fast? By drilling good and frequently-updated data from questionnaires put to their teenagers that led the authorities to design after-school classes of music, art, hip hop and martial arts. This provided healthy stress-coping mechanisms to the surveyed to prove that life was fun. Parents were brought into the loop via some ingenious ways as time spent with them was along with frequency of organised activities participated per week two crucial factors that determined whether a teenager had one or more unhealthy habits.

We should note that marijuana served as a gateway drug for both Ram Dass and Steve Jobs. LSD and other drugs amplify your senses which means highs are higher than in a normal and drug-free life but lows are lower as sketched in the chart. Lows can be fatal for substance abusers – Whitney Houston (WH), Chester Bennington (CB) and Robin Williams (RW) to name just three. Meditation and yoga can provide interesting highs without the dangerous lows at very little or no cost. Introducing them in schools as early as possible will solve problems now and later especially if they are accompanied by a drastic toning down of rote-learning – a fuel for substance abuse – and interesting after-class activities that hook our teens on healthy journeys.