Sithanen is proposing Central Bank financing to give economic and financial firepower to government to tackle the Covid-19 and the economic crisis. His proposal that the Central Bank buys the Government bonds issued by government will monetise the debt but it will not impact on the level of debt. Sithanen got it wrong.

An eventual massive purchase of the newly issued debt by the Central Bank will facilitate its absorption but will not prevent the increase in the government debt ratio. The only way, from an accounting viewpoint, is by a transfer of central bank’s reserves or profits or by a permanent annotation on the asset side of its balance sheet. Only such a transfer from the Central Bank to the government will not have an impact on the government’s effective debt liabilities.

He also says that it must be timely and temporary.

My first issue is that this measure is applicable mostly in developed economies where it is likely to be less inflationary because supply tends to respond more rapidly to the incentives provided. Here this is not the case. In an open economy like ours, it is more likely that the « helicopter money » will accelerate the depreciation of the rupee, aggravate the already high debt to GDP ratio and ultimately the economy will end up with soaring levels of inflation. The depreciation of the rupee will be a boon to exporters but will have to pay the high price of social unrest as a result of falling real wages.

My second issue is as Martin Wolf puts it in FT : « Il n’y a que le provisoire qui dure »; these so-called temporary measures are likely to become a permanent feature jeopardising the scope for fiscal reforms and for creating the fiscal space to provide more resources for handling contagion and protecting the population, especially the persons likely to lose jobs as a result of the crisis. Sithanen is off the mark. We have very difficult days ahead and we have to prepare the population for that not to give them false hopes via « helicopter money ».

Government is bragging that Mauritius will be obtaining that much funds from the World Bank and the International Monetary Fund under its Extended Fund facility. But this money will not come without policy actions, notably on pensions, an employee remuneration, wage awards, civil service, etc .This IMF assistance is not without a requirement for policy actions to strengthen the fiscal position.

Look what is happening in Tunisia – after borrowing under the IMF Extended Fund Facility. Amongst other measures, it embarked on civil service reforms, like limiting recruitment in the civil service, as well as voluntary retirements.

Tunisia is borrowing about USD 750 mn under the IMF’s Rapid Financing Instrument. It will have to pursue fiscal reforms. Can we really avoid fiscal reform ? I doubt it ! 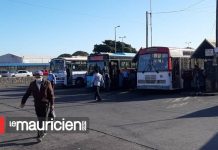 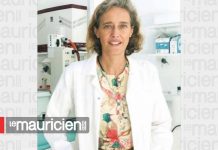