What is the common denominator among all these women: Josephine Cochrane, Katharine Burr Blodgett, Marie Van Brittan Brown, J.K. Rowling, Celine Dion, and Angelina Jolie? The answer to this question is simple. Whether they are inventors, authors, singers or actors, the work of these women share a common element and that element is intellectual property.

Today, we celebrate the World’s Intellectual Property Day. The theme chosen by the World Intellectual Property Organisation (WIPO) this year is: ‘Powering Change, Women in innovation and creativity’. The reason why the WIPO has laid emphasis on women this year is simply to highlight the contribution made by women in many fields and encourage more women to come forward and make their work known to the world. The WIPO also stresses on the legal framework available to protect the work of these creators and this legal framework is the protection of intellectual property.

Let us take the example of someone who has written a book. The person has invested much time, energy and money in writing, editing and publishing that book. Now imagine the situation where the book is being sold and the author does not receive any revenue out of the sale of his work or the book is being cited or used without any credit given to the author. To the layman’s eyes, this situation is unfair to the author. This is where the concept of intellectual property rights come to the rescue of creators. These rights confer on creators a moral and material protection over their creations.

To mark the World Intellectual Property Day and the contribution of women, here is a list of famous women inventors and their intellectual property rights: 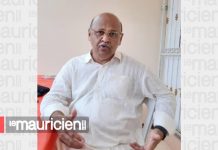