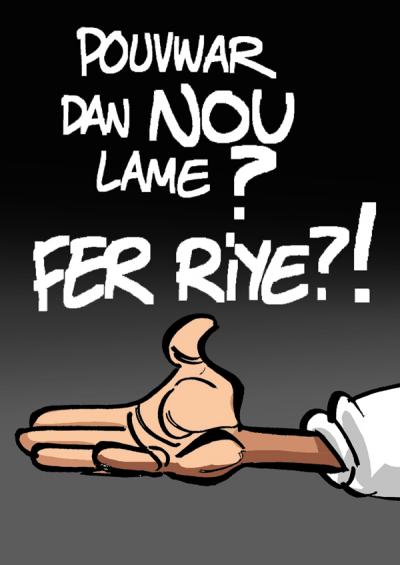 Kamla Persad-Bissessar is the Prime Minister of the Republic of Trinidad and Tobago. She is a Hindu in a country where, according to the 2011 census, Hindus constitute 18% of the population and Christians 55%. The remainder of the population is made up of Muslims (5%) and people having no religion or unwilling to state their religion. Furthermore, Trinidad and Tobago has a history similar in many ways to that of Mauritius. So, to many Mauritians, it must be amazing that religion is not a major issue when the people of Trinidad and Tobago decide to choose a Prime Minister.
The modern history of Trinidad and Tobago, which lies in the Caribbean, begins with the arrival of the Spanish on the island of Trinidad in the 1530s and African slaves who were brought in to work the land. The British conquered the island in 1797, expanded existing sugar plantations, and, for that purpose, imported more slaves. The abolition of slavery in 1833 resulted in a shortage of manpower, which the plantation owners filled by bringing in indentured labourers from India. In 1889, the British annexed the much smaller island of Tobago to Trinidad to create one colony. Under the leadership of Eric Williams, Trinidad and Tobago gained independence in 1962. The country became a republic in 1976 while retaining the British Privy Council as its final Court of Appeal.
Trinidad and Tobago, like Mauritius, has a President and a Prime Minister who commands the majority in the House of Representatives, the equivalent of our National Assembly, and as such holds real power. The country is divided into 41 constituencies, which each elects one member to sit in the House of Representatives. Despite its diverse population mix, the country does not have a mechanism similar to our best loser system. In the 2010 general elections, the coalition headed by Kamla Persad-Bissessar obtained 29 seats and the party led by Patrick Manning, the outgoing Prime Minister, the remaining 12 seats. As a result, Kamla Persad-Bissessar became the first woman Prime Minister of the country and the second Hindu to hold the post. The first one was Basdeo Panday who managed to command the most number of seats in the House of Representatives after the 1995 general elections. He was returned as Prime Minister at the 2000 general elections but lost his majority following defections in his party in 2001. He was defeated at the ensuing general elections and became the Leader of the Opposition.
The reason why in Mauritius, contrary to Trinidad and Tobago, general elections have never resulted in the appointment of a Prime Minister from a religious minority can be traced back to the 1948 general elections when suffrage was extended to all adults who could pass a simple literacy test. Consequently, for the first time, Hindus formed the majority of the electorate and most of the elected representatives were Hindus. The outcome frightened many Mauritians with a European way of living and of Christian faith who, in response, grouped themselves politically under the Ralliement Mauricien. The party, which later became the PMSD, was of the view that, with independence and the handing over of power to a Hindu dominated Labour Government by the British, Hindus would impose their religion and culture on the rest of the population. The party alleged that, with the advent of Hindu rule, the Marie Reine de la Paix monument would be replaced by a statue of the Mahatma Gandhi, and all men would be forced to wear a typical Indian dress called “langouti”.
History has shown that the fear was unfounded. However, it has created a barrier in the Mauritian political landscape with on one side mainly Hindus and on the other side the rest of the population. Its legacy also includes a frame of mind that only a Hindu can become the Prime Minister of Mauritius.
After independence in 1968, fear remained but this time it is instilled into the Hindu electorate who are often warned by their political leaders that Mauritius would step back into its colonial past in case “pouvoir sappe dans la main”. Colonial past evokes memories of White domination and conversion to Christianity by coercion. A clear repetition of this warning is the declaration by Navin Ramgoolam reported in Le Mauricien of 3rd October 2003 that “nous pé recule 50 ans en arrière” when Paul Bérenger became Prime Minister through the “arrangement à l’israélienne” included in the Medpoint Agreement.
“No passion so effectually robs the mind of all its powers of acting and reasoning as fear” (Edmund Burke, a philosopher and former member of the House of Commons in Britain). Therefore, in an environment purposefully manipulated to create fear, it is no wonder that Mauritians choose their Prime Minister and other political leaders on the basis of religious, ethnic and caste affiliations. We need to conquer our fear to emulate the example of Trinidad and Tobago. 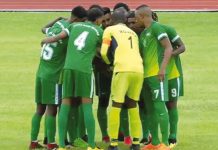 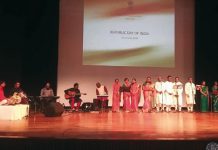 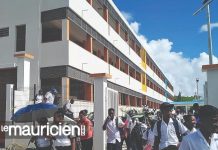