We often think that others (e.g., politicians, etc) have to change if we are to rid society of corrupt practices or that some institution (e.g., ECO, ICAC) would need to be created to eradicate corruption.   The truth is that we are the ones that need to change first.
To start with, those who go around asking politicians for donations for religious, sports and social events/projects need to realize that they are indirectly contributing to fostering corruption. Some even expect politicians to pay their CEB bills!  Many of these people would withdraw political support if they do not receive these occasional « gifts ».  What they tend to overlook is the source of all these « gifts ».  Who is financing the politicians and what do they expect in return?  This was the subject of an earlier article – http://www.lemauricien.com/article/governance-political-party-financing-…. People need to understand that when they ask politicians for donations or gifts, they are pushing these politicians to look for financing from any source, including illicit ones. The principles / values / programs of the politicians are rarely taken into account when people exercise their civic rights.  And at the end of the process, we reap what we sow.
Thus, it would appear that the first step required to reduce corruption is to stop asking (and to discourage others from asking) politicians for favours and insist on their doing their job as they are supposed to.  If we accept favours from politicians, or worse, ask them for favours, we shall lack the moral strength to hold them accountable.   And if they end up not delivering as they should, we shall have only ourselves to blame.
Some people seem to believe that voting for someone does not involve any cost to them and that they stand to gain if this apparently insignificant act is exchanged for something tangible like a pressure cooker (‘tempo’).  What they need to realize is that the act of putting a cross on the ballot paper is like signing a blank cheque for which we are all joint account holders.  In other words, those who get elected will be required to manage our funds, funds contributed by tax payers.  If we give this blank cheque to a dishonest person, the latter can do a lot of harm and significantly drain this account at our expense.
It takes two to tango.  If one partner withdraws, the dance ends.  Unfortunately, as far as corruption is concerned, the reality is that both partners are locked in an infernal dance where both firmly believe that they stand to gain a lot.   This contributes to the perception that corruption is not only endemic but also inevitable.
However, there is no denying the fact that there is a significant number of people who are not corrupt.  Unfortunately, many of these people choose to remain passive.  They refuse to move out of their comfort zone to influence others to bring about positive social change.   In other words, they refuse to exercise real leadership.  They go on hoping that some other leader would emerge to save them while they do nothing.  They end up placing their fates in the hands of people occupying positions of authority whom they often mistakenly label as ‘leaders’ while the latter are often motivated almost exclusively by their own selfish interests.   The end result is that we fail to educate a critical mass of people to reject corruption.
Many of us find it more convenient to see corruption as a technical problem for which a few known groups of individuals are responsible. This approach, however, creates an illusion that a technical solution is available, if only we could find the relevant expert.  We shall continue to live under this illusion as long as we refuse to see that corruption is a systemic problem that requires hard work and adaptation from all of us.  It is clear that we all have an active role to play, that we all have to change and/or help others to change if we are to resolve adaptive problems like corruption.   Adaptive challenges require real leadership at all levels of society, not just experts who would unilaterally solve our problems while we do nothing.
Corruption is comparable to a severe heart condition (another adaptive challenge). The patient may be treated by the best of doctors.  But if the patient refuses to take the prescribed medicine regularly, change his diet, do regular exercise, adopt a different life style resulting in lower stress levels – in other words if he refuses to put in the “hard work” to bring about the required changes –  his problem will not be resolved.  Good doctors, like good leaders, are very effective in explaining this to their patients.  They do not pretend that they would unilaterally solve their patients’ problem and still less to ‘change their lives’. 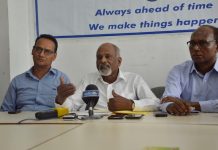 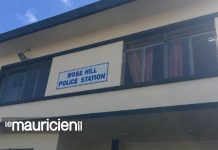 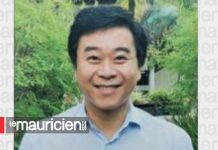