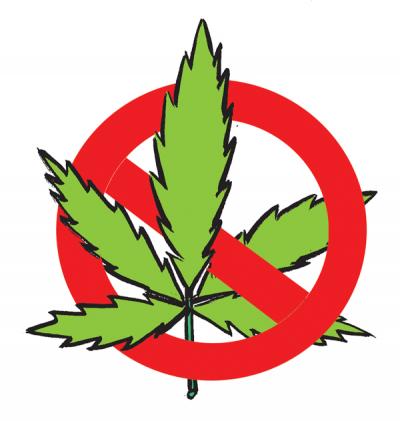 The few, mediocre and “cut-it-short” reasons in favour to the “legalise cannabis” propaganda have become a blind belief to many – especially to the youth – thanks to their frequent publications on social networks and the medias, reminding us one of the quotes from the Nazi propaganda minister Joseph Goebbels : “the most brilliant propagandist technique will yield no success unless one fundamental principle is borne in mind constantly – it must confine itself to a few points and repeat them over and over.”
Debunking the “Legalise Cannabis” propaganda??
Those few arguments for its legalisation are as follows : 1) even being illegal, cannabis is smoked by people of all class, faith, and age 2) smokers are taking risk of being jailed when buying, carrying, and smoking cannabis, 3) that the “Rasta” community is being constantly harassed and stigmatised by the police force, 4) people are being misinformed by its exaggerated negative effects on health, 5) that once jailed, pot-smokers are exposed to hard drugs which are available in between the prison walls 6) the availability of cigarettes and alcohol which kill millions yearly while cannabis does not kill any and 7) that it is overpriced though of being of poor quality, which makes the wealth of the mafias.
Let’s do a small exercise on “logic”. Do we legalise something just because : ??1) some people are already doing it?
2) some people are taking the risk to do that which is forbidden by law?
3) some community is being harassed and stigmatised by the police because that group of people is more likely to be practicing something which is forbidden by law?
4) some criminals believe that their information is genuine and consider those scientific evidences which prove the contrary of what they want to believe as hoaxes?
(Preventive measures compel me to produce definitions of the words criminal and crime : a) “Criminal”, a person who has committed a crime, b) “Crime”, an action or omission which constitutes an offence and is punishable by law)
5) some criminals are exposed to more vicious crimes which are available inside jails?
(Jails are supposed to be places where people are kept when they have been arrested and are being punished for a crime).
6) some worse practices are legal?
7) some extravagant wealth is needed to buy a poison which the mother earth is giving us gratuitously?
(Poison : a substance that when introduced into or absorbed by a living organism causes illness or death).
Cannabis is worse than tobacco and it kills
– “A study by the British Lung Foundation found that just three cannabis joints a day cause the same damage as 20 cigarettes.
And when cannabis and tobacco are smoked together, the effects are dramatically worse.
Evidence shows that tar from cannabis cigarettes contains 50% more cancer causing carcinogens than tobacco.” [1]
– “Researchers calculate that if 120,000 deaths are caused among 13million smokers, the corresponding figure among 3.2million cannabis smokers would be 30,000.
The drug can cause cancer, lung disease and abnormalities associated with serious mental illness.
Users are up to six times more likely to develop schizophrenia.” [2]
Cannabis is harmful for the society
“[…] the notion that marijuana is non-addictive is a myth. It’s true that marijuana-dependence expresses itself differently than alcohol dependence. Unfortunately, the dependence is every bit as real. There’s a reason it’s called « the drug of apathy. » It impairs an individual’s ability to make deep and meaningful attachments. It robs him of the ability to be intimate with other people. This promotes isolation, which feeds the need to smoke pot, which strains more relationships, which causes increased conflict in marriage or with co-workers and friends. You get the picture. It’s a vicious cycle. Heavy, long-term use of marijuana stunts emotional and social development. It kills motivation and prevents people from moving forward in their lives.” [3]
Conclusion
If we are saying ‘stop smoking cigarettes’, how can we, in the same breath, be supporting the use of cannabis, or any other smoked product for that matter? Smoking anything, even paper, or cho cho leaf for those of us from the country, is hazardous to your health. – Dayton Campbell, Jamaica Observer, Sunday, September 22, 2013. 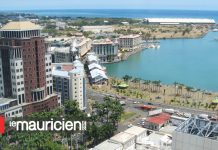 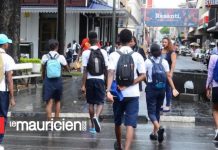