On Saturday 2nd June, some people assembled illegally to prevent the Gay Parade. Some of them had campaigned ferociously distributing death threats everywhere, organisers, media…The Police failed to do its job by not arresting. The Parade did not flow in the streets of Port Louis as it should have been.

I remember the first time I went to the Gay Parade, I was happy to be finally able to walk for something I believed now that the shackles of conservative journalism did not cling on to me. I felt free, a little apprehensive and I found love, it became a yearly rendez-vous, only interrupted once by hospitalisation. Everyone comes to walk for something. The parade was the first step in acknowledging that the LGBTQI community is here and must have the same rights. To me, it was like the women’s march to be recognised as legally independent beings. It also reminded many of them that despite being taunted daily at their workplace, in their families and many other walks of life for not fitting in to the norm, they had people supporting them. It meant a friend, an organisation to turn to when you felt like giving up on life because your colleague humiliated you in front of everyone, that your dad said openly for the 10th time that he would kill his son if he was gay, that you’ve been refused a house because you and your girlfriend are unwanted in the neighbourhood.

On Saturday, I felt cut bare, to the bone and if it wasn’t for the words and the hugs like those of Marie-Michèle Etienne, I wanted to go out and shake these people who preached hatred and death. I remember the first pamphlet more than 2 years ago. I wanted to say ‘Get a life!’

On saturday, I felt for the second time this year that part of me has been cut open but thankfully this time, I was with sensible people. Love ruled, the values we hold on to was much stronger than our anger. The Police as well as the PMO (because there’s no way the Police would not follow orders) have not applied the law. From last year, we know how a particular group operated. They first infiltrated the area through little groups showing a knowledge of the law, when there was no intervention from the authorities, they assembled. They used exactly the same tactics this year except that Police failed to stop them when they were in small groups, even less in a bigger one. To pray to disseminate intolerance, that’s just insane. But even more insane are the reactions of some politicians.

We need to do something, not wait for such things to happen to stand up. It starts by supporting openly human rights, by fighting patriarchy, not just on paper. It means acting even when there’s no one watching. Force authorities to do their job, the Police, the MPs, organisations working for human rights. They need to walk the talk and not just bla bla.

We can start by writing to the PM, to other organisations to ask what just happened ? Whether Mauritius should be reclassified as a ‘dangerous country’.

We must ask our organisations what they are doing to combat homophobia, patriarchy and all forms of intolerance?

If you’re not part of any organisation like me, it doesn’t mean you cannot act, you can ask questions to organisations you interact with. Take down the trolls on the internet with sensibility, with humanity, show them what love is about, how divine it is.

PS: Should you trolls contact my dad like last year because of my activism, please leave your full names, thank you. 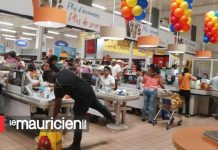 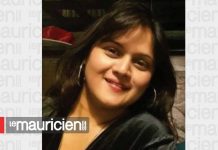 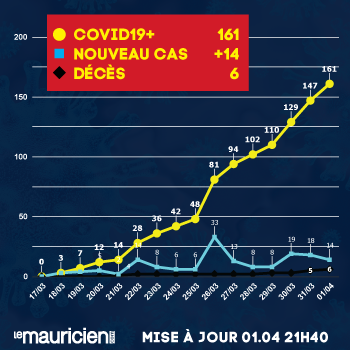