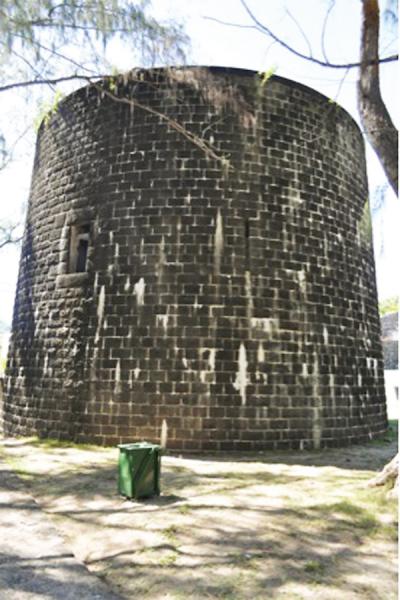 Along the coast of La Preneuse beach we can set our eyes on a majestic tower which watches over the sea. It is impressive because of its height and stature. Its presence is intricately linked to the history of our island.
The tower is slightly conical in shape and is mainly built with basalt rocks. It is about 10 metres high and has a 12 metre-diameter at the base. The thickness of the tower walls were designed to resist the attack and siege from the enemy. The tower is separated in several parts, a room which was the living quarters of the Chief Officer and another room similar to that of the officer’s but with the difference that 24 officers could share this room. It could hold between 20 to 40 soldiers. There was also a storeroom in which food was kept, an armoury where gun powder was stored and a tank in the basement for rainwater collected from the roof of the tower and stored in the tank via pipes. The roof is flat and carries one or two canons which could be rotated through 360°.
The Martello tower is originally of French design. In the 19th century conflicts, the British witnessing for the first time the robustness and efficiency of the tower as a defence structure in the Mortella Bay (1794) in Corsica, copied this idea and named it Martello Tower. Originally five towers were built along our coast by the British (from 1832-1835). They were built as a coastal defense structure in case of invasion by the French who at that time were unhappy with the British plan to abolish slavery. One was found at Tamarin, another at L’Harmonie (now a national monument), one at la Preneuse, one at Fort Victoria and the last one known as Cunningham’s Tower.
The British built some 215 such towers along the coasts of England, Scotland, Canada, South Africa and other colonies. This was because it was an effective defence structure which enabled the British Empire to protect its colonies. Its construction stopped around the year 1870 as the towers proved to be obsolete against new generation artillery.
The tower at La Preneuse is the only one which has remained intact. It was declared as a National Heritage site and converted into a museum. Concerning the other four towers, two were completely destroyed and the other two were partly damaged. The Martello Towers were never involved in any military action. The Cunningham Tower disappeared between 1880 and 1902 and information about the tower at Fort Victoria was last recorded in 1880. Oral accounts have it that in the 1930s the Tamarin tower had already been abandoned and the site littered with cannon balls.  In 1992 the NGO “Friends of the Environment” applied for and was granted permission by the National Monuments Board to restore the La Preneuse Tower of which only the stonework remained. Generous grants by the embassies of the United States, France and Britain as well as funds donated by the European Union and the local private sector permitted the interior woodwork to be replaced. To facilitate visitor access a door on the ground floor was opened and a staircase was built linking the ground floor to the first floor. Originally, there was no door on the ground floor and ladders were used to access the door on the first floor. Lighting was installed and the interior stonework sand-blasted to remove leached lime and cement. Cannons and other equipment of historical interest have been replaced on the site and replicas built and installed. The museum was opened to the public in 1999. 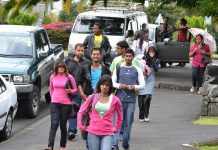 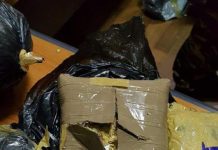 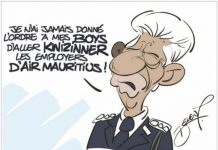