Coral reefs near Mauritius and elsewhere in the world continue to be stressed by rising water temperatures, overfishing and other factors, according to a new study by an international group of marine experts.
But long term prospects for the reefs around Mauritius are good, as long as they are properly managed and protected.
That’s the conclusion of the New York-based Wildlife Conservation Society (WCS), which recently released the world’s first map that rates the exposure of coral reefs to stress factors. The goal is to identify reef systems that have the best chance of success because their bio-diversity is high and stress levels are low.
« Coral reefs are not doing well now in Mauritius because there was a bleaching event in 2009, and then there is heavy fishing and pollution in some places, » said Tim Callahan, the Kenya-based senior conservationist at WCS and head of the coral reef research and conservation program. Bleaching is a period of exceptionally warm water that kills corals and turns them white.
« The map only tells you that in the long term the environmental conditions are good in Mauritius, but the human impact is not part of the map. That would be up to reef managers to get that in place. »
Stress factors on reefs include high temperatures, ultra-violet radiation, weather systems, sedimentation and tidal dynamics – environmental factors over which reef managers have little control. But human impacts also take a toll, such as overfishing and coastal development, and governments can play a key role in controlling these.
Globally, about 19 percent of the world’s reefs have died due to overfishing of algae-eating fish, pollution and temperature changes.  Another 15 percent are expected to die in the next 15 years. Healthy reefs are important because they supply fish that is the main food source for 100 million people, while reefs also offer protection against high waves.
« Coral reefs around the globe are under pressure from a variety of factors such as higher temperatures, sedimentation, and human-related activities such as fishing and coastal development, » Joseph Maina, an Australian marine conservationist and lead author of the study, said in a statement.
In the past, the best way to determine a reef’s health was to examine how it resisted past bleaching events and how fast the coral recovered. But this method is not comprehensive because coral reefs cover vast marine areas and can’t easily be monitored by a limited number of biologists.
Scientists formulated the map using satellite and tidal data, among other tools. It identifies reefs that can still be saved, and those that are most in peril.
Reunion won the « Most Likely to Succeed » award in recognition of improved reef protections. On a scale where maximum stress is one and minimum is 0, it scored 1.13.
The Chagos Islands, located in the biggest marine reserve in the world, scored a high climatic stress level of 0.80.
The study also recognized healthy reefs that are being well protected: Bonaire off Venezuela, the Hawaiian Islands, the Great Barrier Reef and New Caledonia.
The study said that fishing restrictions, management of watersheds through improved agricultural practices and reforming coastal watersheds would help restore ailing coral systems.
————————————————————————————————————————————— 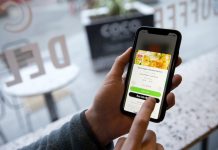 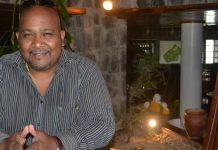 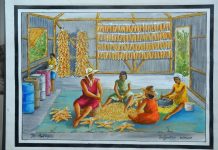