It is generally acknowledged that some of our electoral practices are archaic and that while they served us well in the past, they have now become the source of serious problems. Moreover, they belong to an era which preceded the widespread use of information technology. There is also considerable mistrust in certain quarters about the use of e-voting. And yet transactions worth millions of rupees take place daily over the internet and through Automatic Teller Machines (ATMs) across the country. We trust machines counting our bank notes and updating our bank accounts but insist on our votes being manually counted as they have always been.

Paradoxically, this over-reliance on human intervention often results in significant shortcomings as was evident in the recent General Elections. This article discusses some measures to deal with a few of the more obvious shortcomings.  Unless we want to go back to the practice of randomly selecting our representatives (prevalent in Ancient Greece), we have no other option than to set to work on modernising our electoral system inspired by others who have already travelled this route.

One way to simplify the process is to use the list of National Identity Card (NIC) holders available at Ministry of Social Integration, Social Security and National Solidarity. Holders are already expected to provide, among other documents, a proof of address while applying for the NIC. This address will determine the constituency where the voter will be allowed to vote and it will be the responsibility of the voter to inform the Social Security Office of any change of address and submit the relevant document.

We would thus do away with a wasteful duplication. There will be no need for compiling a separate list of voters or for annual updating of the electoral registers or visiting voters’ place of residence for verification. It follows that local voters will be required to show their National Identity card in order to be allowed to vote. No other document should be acceptable. If this process is adopted no NIC holder will ever be denied the right to vote. A simple process can be put in place for those who lose their NIC – there should not be too many of these. This would include presenting the relevant police report featuring a stamped photograph of the bearer. The NIC list is automatically updated once a person’s death is reported to the Civil Status office.

Other Commonwealth citizens would be required to register at the relevant office if they want their names to be included in the voters’ list and they will have to show a valid passport in order to be allowed to vote.

One approach among many would be to design the ballot papers differently and use Optical Marker Readers (OMR) similar to those that are used to score multiple-choice questions in certain examinations. Voters will simply be required to darken a square or circle next to the name of the person they wish to vote. Ballot papers will be kept face down in a tray that will simply be inserted in the OMR at the end of the polling day without having to be transported elsewhere and/or stored for the night.  The savings in transportation costs, security and salary payable to the army of government officers involved in the registration of voters and in elections should suffice to pay for the machines. The use of OMRs would be a transition to the use of electronic voting machines (or even voting via the internet on smart phones / tablets as Estonians have been doing since 2005). We should find ways to integrate adequate controls in e-voting and thus avoid throwing away the baby with the bath water.

In order to facilitate the process, we should ensure that only genuine candidates stand for elections.  Some constituencies had more than seventy candidates in the recent General Elections!  This can only delay the counting process.  Prospective candidates may be required to pay an electoral deposit that would be high enough to discourage frivolous ones. Moreover, the public should not encourage jokers who appear during every election. Elections should be treated with the seriousness they deserve. There are more appropriate venues for jokers to display their talent.

While the above proposals will effectively deal with some of the shortcomings noted during the recent General Elections, they would not suffice to ensure that the electoral process is fully ‘free and fair’.  For this one would need to implement most of the recommendations contained in the Sachs Commission Report (http://electoral.govmu.org/English/Reports/Documents/Sachs%20Report.doc) which deals with issues like election finance and expenses, proportional representation and the role of the Electoral Supervisory Commission, among others. We don’t need to re-invent the wheel.

Finally, we should implement measures to regulate the use of social media during electoral campaigns. The influence of Facebook in recent US presidential elections and in the Brexit referendum, as well as the role of organisations like Cambridge Analytica is now public knowledge. The practice of deliberately publishing fake information using social media has also reached our shores. This trend is likely to worsen with time. Should we consider switching off the social media in the final days of electoral campaigns? This would probably be as unpopular as the prohibition of the sale of alcoholic drinks in the days preceding the polls was when it was first imposed.  If we want to ensure that elections are fair and that voters are not deliberately misled, something drastic needs to be done to curtail the potential negative impact of social media on election results.

The above proposals are far from perfect. The aim of this article is to trigger a debate which will ultimately yield a series of measures that would subsequently be introduced through relevant amendments to current legislation. 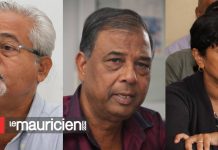 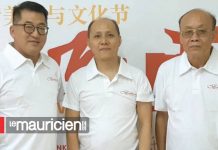 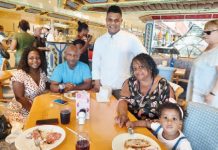