The last national census collecting data on the ethno-religious groups of Mauritius dates back to 1972 (Bowman, 1991). In the 1970s, without probably requesting each citizen’s ethnic identity, one could closely equate names with a religious affiliation. In those days, the religious group identity was apparently essential to determine or achieve, for example, a fair parliamentary representation. Are there other interests or motives in a plural society like ours? Are names direct determinants today?

European theorists studied the origin of religion, with sequential narratives in time from primitive to modern civilization, reaching to a definition of religion of universal application. David Chidester, Professor of Comparative Religion, in his book “Savage Systems”, argues that the knowledge developed through these narratives was primarily made in the interest of the colonizing power (Chidester 1996). Have other powers been developed during post-colonization?

In my immediate circles of relatives and friends, there are names like Anil, Lisebeth, Patrice, Permal, Rajesh or Sheela who are affiliates of Pentecostal churches. Others like Aboo, Bashir, Christine, Ganessen, Mala, Oliver or Raj are members of the Baha’i faith. Similar patterns can be found in other religious denominations like the Adventist church. My point here is that in the recent decades, there have been a blending or mixing of names with different religious affiliations. With this new societal configuration, does an ethno-religious identity still stand? Certainly, one cannot deny his or her religious root or ethnic origination, often considered as a parental heritage and sacred. At the same time, more and more citizens are interested in an independent spiritual quest, for different reasons. Other forces of influence, like migrations, mixed marriages or urbanizations are factors constantly modifying the fabric and behaviours of society. I therefore believe that state institutions must adapt and it should not be regarded as a threat to traditional religious institutions/beliefs or political calculations. Beyond our coasts, in South Africa, this blending of ethnicities, cultures and names are more pronounced. While studying religions in Cape Town, I came across religious denominations like the Hillsong church with adherents from various African ethnic groups. Similarly, the Baha’i community is composed of black, coloured and white Capetonians from all walks of life. In my opinion, these evidences call for a reject of prejudices that have, for generations, associated or equated names with ethno-religious identities.

Mauritius is often cited in different international forums as an example of the ‘vivre-ensemble’ of different religions, and as Mauritians we must be proud of this appreciation.  Out of many struggles, much learnings and experiences have been acquired since independence. Indeed, we can have different affiliations, religious convictions and cultures in our rainbow nation. However, are these specificities justified rationales to divide and rule or rather to unite them for peace, social justice and progress as a nation? During the recent general elections, citizens of Mauritius willing to stand as candidates have once again not been qualified only because they did not agree to declare their religion. I think that our national constitution must be consistent with public discourses on unity by both religious and political leaders. Belonging to a particular ethnic group, religious affiliation or even being non-religious can no longer be criteria of eligibility for our rulers in the 21st century; new generations of competent women and men are emerging. Partisan politics remains a choice for some only, with different motivations, but it must not to be mixed with the freedom of religious affiliation.

New names are now also emerging in Mauritius and elsewhere, like Ayden, Ridvan or Skylar. Indeed, from a general perspective, it would be difficult to equate these new names with a specific religious identity and it would not be wrong to foresee more ‘neutral’ names in the future. With this trend, is it important for a religious group to have a significant affiliation, influence or representation in the society? Or is it more meaningful and commendable to contribute to the betterment of the Mauritian family and society at large irrespective of religious affiliation? Post-independence discourses cannot promote a Mauritian identity only for national events like ‘Jeux des Iles’. When we dance our folkloric sega at a wedding or birthday party, nobody cares who is Baha’i, Buddhist, Christian, Hindu or Muslim (in alphabetical order). The Bible reveals that we are all sons of Abraham. The fervent Omi merchants of Shin Buddhism in Japan, inspired by their faith in Amida Buddha, developed strong business ethics for the benefits of their families, employees and the whole villages (Toshimaro & Shields 2002, 25-50). The Baha’i teachings highlight that we are fruits of one tree, leaves of one branch and that all religions are, in fact, one (www.bahai.org).

It is therefore my hope, in 2020 and the coming years, that religious and political leaders of Mauritius, work hand in hand, take one step further together, to promote a national identity beyond religious interests or lobbies. Mauritian citizenship and Religious fellowship are two different poles, and it is high time to align our constitution accordingly. The country’s constitution must define a national identity that values our Mauritian citizenship, independent of each one’s religious fellowship. 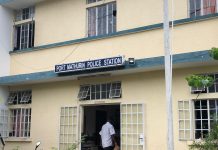 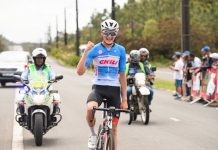