The whole Mauritian society is churning. The Mauritian welfare state invested in extending a mammoth educational and community development apparatus. The focus of economic governance was to remove the teeming hundreds from poverty and to create a fair economic system through redistribution of land as well as income. This is to empower youth – a political narrative is aired by all political parties. Then comes another same kind of mantra that is uttered in favour of women. But I would like to ask a few simple questions. Who are youngsters? Are they simply an age-based group or a generation? Are they a phase in the life course ridden with crisis and constraints? Or simply the label applied to a particular level of biological and psychological development? Or they are nobody except signifiers of life-course transition? Are they a class of group, a culture group or an identity group? More questions could be raised. Traditionally a young man/woman is the one who has not reached full adulthood. Adulthood, or adultum to recover its Latin origin, etymologically means to “grow up”. Thus, an adult is one who has achieved complete growth, not only in the biological sense of the term but also socially and culturally and youth refers to people who are in a state of incompleteness and in the process of completion. A closely related term of anthropological origin, although the discipline cannot lay a hegemonic claim to the use of the term is of adolescence.

Let me quote Pablo Picasso: “It takes a very long time to become young”. But the fact remains that the invention of youth is a result of modernity. Youth, just like the other periods of the life course, is a social construct that changes over time. The impact of modernity is far reaching and substantial, leaving no area of life untouched. The technologies and devices are an integral part of our social lives and are indispensable. The indispensability and addictiveness to this technology is far stronger amongst the digital citizens or youth of today. For instance, scholars have suggested that a new phenomenon called “Facebook depression” is on the rise and it is defined as depression that develops in the preteens, teens, and youth in their twenties. Many youngsters are exposed to sexting. This concept is best understood in terms of “sending, receiving, or forwarding sexually explicit messages, photographs or images via phone, computer or other digital devices” (Wikipedia).

The ICT (Information and Communication Technology) has revolutionised the societies in a major way. Its socially organised spaces, characteristics of traditional societies have become obsolete and, in their place, have come the telecommunicating, teleshopping, e-shopping, computer dating, electronic job markets, automated teller machines and desktop publishing, mediating between the local and the global. This leads to the question as to how internet use makes life different for youth in terms of identity, mobility and relationships.

There is an urgent need to reconstruct a society and culture that have no place for traditional distribution and injustice. Youth should be at the core of that culture. Multiculturalism is a kind of latent consumerism of late capitalism for goods and commodities designed to meet for the new lifestyles. It is devoid of any political content. This kind of multi-cultural and plural society needs to be handled by youth for the youth so that the politics of difference returns to the agenda. Let us learn to live with differences without assimilation. Responsibility lies with today’s youth. 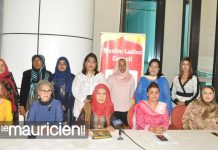