The press lost one of its own recently, with the passing of Mr. Swalay Mohabeer, ex editor-in-chief of The Star. With the assistance of eminent people like Sir Abdool Razack Mohamed, the paper started off at Bourbon Street, Port-Louis, moving afterwards in John Kennedy street across to what is now The Paille en Queue Court.
Mr. Mohabeer was the editor in chief of the paper from 1969-1979, which was then a daily. He was well respected and admired by his peers for his work as well as his dedication to writing. With a strong pro-independence tone, The Star, managed by Mr. Mohabeer, would become a medium to militate for the people and air their grievances, albeit through pseudonyms. His colleagues of the time remember him as the go-to person in times of difficulties, be it professional or personal.
When Mr. Ashraff Sohawon joined The Star in 1965, Mr. Mohabeer was a full-time journalist, along with Mr. Rashid Boolaky, also deceased, with the editor in chief of the time being Mr. Mustapha Peermamode. While Mr. Sohawon got involved in the day-to-day management of the paper in terms of distribution, Mr. Mohabeer gradually made his way from journalist to eventually become the editor in chief in 1969.
Mr. Sohawon remembers a dedicated journalist, keen on being very proper in his work. Though he recalls anger outbursts, due to fatigue more than anything else, Mr. Mohabeer’s colleague has fonder recollections, namely of the time of the proclamation of Independence in March 1968, when they worked all night, with a record of 10, 000 papers going in print. The colleagues became even more supportive of each other when they realised that the paper was reaching its final stage before being forced to close down mid 1979.
The bond between Mr. Sohawon and Mr. Mohabeer did not break with the demise of The Star. They continued to collaborate on other projects such as the Sunday Star, launched by Mr. Sohawon by the end of 1979. However, by 1980, Mr. Mohabeer had moved away from the written press on a full-time basis, joining the Municipality of Port-Louis as citizens’ advisor. This did not prevent the two friends to meet up though with time, the meetings became fewer and far between.
Mr. Mohabeer’s parting leaves a gaping hole in the lives of all those who knew him closely, but he leaves for the most part, beautiful and significant memories by which he is remembered. 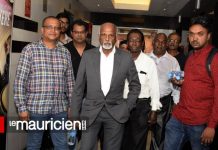 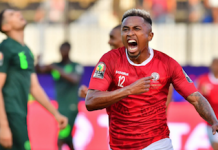 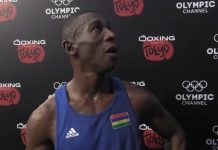