Role Clarity is a concept in motivation theory. It’s about knowing exactly what your job entails. Insufficient knowledge or understanding of your job  –  whether it’s that of a policeman or a civil servant  –  can lead to confusion and exaggerations. It is often assumed that they know what their jobs require of them but events (police brutality on the one hand and inefficiency on the other) demonstrate that it’s not always the case.

Police brutality is condemnable. It traumatizes the victims for a lifetime and causes indelible suffering to the family members.  It sends the wrong signal to the population. People tend to lose trust in the police force even though only a few policemen are involved in brutal cases. Anyone will tell you that policemen cannot take the law in their own hands. Their job is not to get violent but to get violent individuals under control.

They need to be constantly reminded about their role in society. Role Clarity is about knowing what is permissible and what isn’t, and the extent to which one can go in the performance of one’s daily tasks. It imposes clear boundaries, goals and objectives. It reminds you where your responsibility begins and where it ends. Officers, at least some of them, forget this often. This is why you have them going to extremes in certain cases. One needs to be clear what to do in certain situations and what not to do.

This diminishes tension and you derive greater job satisfaction. You perform better. You know your limits. You know that you have no right to treat a suspect violently just to impress or to be in the good books of your superiors or to get a promotion. It’s when you’re unclear about your role within an institution that you act irrationally or arrogantly.

Your duty may demand firmness and even rudeness. But does your role demand that you be brutal to the point of hurting somebody in such a manner that he runs the risk of losing his life? Your work may require of you the insertion of a finger or an instrument into the private parts of a suspect to verify if he/she has concealed drugs or not there. You have to strip the person. But does your role demand that you humiliate the person by leaving him/her entirely naked in a corner long after the exercise is over?

Is police brutality not a form of over-reaction? If it is, then, the policemen dealing with the suspect are at fault. You can’t be emotional on the job. Your role is to remain, at all times, in control of your emotions as well as of a situation. It demands that you handle people with care. The policeman’s role is to protect, help, and extract information with diplomacy.

There have been reports about police stations not providing all the basic facilities to policemen. Work conditions are poor. However, channelling your frustration and anger at this state of affairs on the people arrested and assaulting them verbally, physically and emotionally is not called for.

Keep to what you’re paid to do. Don’t play Rambo. Don’t get under the skin of “le justicier”. You play these roles so badly that some people in custody have lost their lives.

Is injuring a culprit the sole way to persuade him to cooperate? People are asking themselves if it isn’t your job to find out options.

Role Clarity applies to our civil servants as well. The recent Audit Report has brought to light a number of incredible irregularities in our Ministries. The nation, consequently, has witnessed a loss running into millions of rupees. How do you account for payment made for unoccupied office space at SICOM Tower? Millions are wasted on obsolete textbooks in the Ministry of Education. Why? Is it a lack of planning and a lack of vision? Is it incompetence? Is it that the civil servants are not conscientious enough?  Or is it that the Minister doesn’t care?

Millions are spent on the construction of drains but there’s no proof that payment has been effected. Isn’t there something fishy in this? Millions are spent on cameras for the Melrose prison. Many of them are defective. Reason provided: humidity. Why did they discover this later and not earlier?

A regular evaluation of the performance of our policemen and civil servants might dissuade them from going too far. Taking proper sanctions against those who bend the rules to suit their own purposes might set an example to others. It’s also important to educate both policemen and civil servants to maintain the highest standards when it comes to handling suspects or public funds. 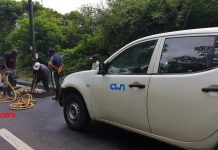 Self-questioning as a pedagogical tool