49 journalists were murdered in 2019, says Reporters Sans Frontières. The International Federation of Journalists reports that in 2018, 94 journalists and media workers were killed. RSF notes that the number killed is the lowest since 2003 with an average of 82 journalists killed per year over the last two decades. Syria, Iraq, Yemen and Afghanistan are the most dangerous locations. In 2019, 10 journalists were killed in Mexico, the same as in 2018. China holds a third of arbitrarily detained journalists. 57 are being held hostages, mostly in Syria, Yemen, Iraq, and Ukraine.

Journalists are often abducted to silence or get intimidated, to extract information from them or to obtain ransom. It can also be to exert pressure on the victims’ home countries with a view to changing certain policies. Premeditated or opportunistic, abduction is meant to prevent journalists from doing their job. A small combatant group may trade a hostage to a larger one for weapons or for money. This complicates the task of the hostage recovery teams: they’re at pains to know who exactly is holding the hostage, and where.

Journalists are often called upon to cover sensitive issues like child trafficking, prostitution, child labour, terrorism, corruption, frauds, modern slavery, genocide, drugs, and the manufacture of fake products on a large scale. They need to cross-check the information they receive from their sources. They may come across people who may not like what they’re doing. There’s also the fear of being exposed. This may lead the criminals to do away with the reporters. If they’re not killed, they’re harassed or threatened to dissuade them from reporting the information they hold.

Danish photo journalist Daniel Rye, 26, captured by the Islamist State in Syria in 2013 was made to live in disgusting sanitary conditions and was beaten up, tortured and kept in cramped spaces. He was also made to suffer from hunger. He was humiliated and forced “to bark like a dog and bray like a donkey”. His family had to pay £1.5 million to secure his release after 13 months of imprisonment.

“Reporting is getting more and more dangerous each year, with a total of 1,350 journalists killed worldwide since 1992,” notes The Committee to Protect Journalists. We, as readers and television viewers, crave for fresh news from war zones and the latest developments on burning topics but do we realise how risky investigative reporting can be? Gathering news becomes tougher when you don’t know how things will evolve the next minute. On Sept. 11, 2001, freelance journalist Bill Biggart was killed while photographing the rescue operations outside the World Trade Centre before the Tower collapsed.

People involved in shady businesses may find journalists as likely to ruin their thriving enterprises. To avoid being arrested, they kill the reporters. Azory Gwanda went missing since Nov. 21, 2017; he was probing into mysterious killings in rural Tanzania.  Chauncey Bailey of “The Oakland Tribune”, California, was investigating corruption cases in his community  –  he was shot dead by a crime syndicate on August 2, 2017. In June 1976, American Don Bolles of “Arizona Republic” was murdered as a result of a car bomb. He’s said to have been pursuing a story. The motive was “feared exposure of involvement in a land fraud scheme”. Lydia Cacho, Mexican investigative journalist and human rights advocate, was investigating sexual abuse cases. In July 2019, burglars broke into her house, stole electronic devices, and killed her pets. She received death threats and has survived an assassination attempt.

If some journalists are ultimately released, others are not so lucky. Hindustan Times, Oct 30, 2018, reports that one journalist, 32, was threatened for exposing irregularities. He was abducted, beaten up, and brought lifeless to the hospital. In a war zone, a reporter may lose his life in the course of a crossfire. In the surreal atmosphere of gunshots, airstrikes at lightning speed, explosions, shattered buildings, mountains of detritus, crushed bodies, casualties and general chaos, the reporter never knows when he can be the victim of a stray bullet. Not only does the reporter need guts to do his work, he also needs to be psychologically and emotionally well-equipped.

Journalism advocacy organisations are strongly denouncing the impunity surrounding the killing of journalists. They’re making urgent calls to governments to protect reporters who are on assignment in conflict areas. They’re demanding that criminals be brought to account for their crimes. However, according to the 2019 Impunity Index compiled by the Committee to Protect Journalists, more than 85% of murders of journalists go unpunished. The organisation believes that the key to impunity is international pressure. But the problem is that world leaders have other priorities than the defence of kidnapped or brutally murdered journalists.

Journalists will continue to die in the line of duty unless there is a real will on the part of all those concerned to create some lasting form of security and stability in the world. 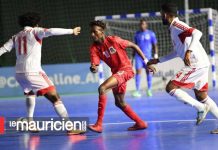 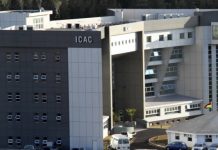 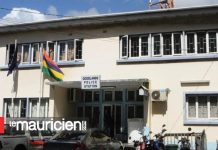