It is related, and history bears witness, that the Great Mughal Emperor Akbar walked on foot from Agra to Ajmer to visit Sheikh Moin-uddin Chisti’s Mausoleum to ask for a son, an heir to his throne. When his vow was fulfilled with the birth of Prince Salim, who later succeeded him as Emperor Jehangir, Emperor Akbar would repeat that ‘pilgrimage’ on foot to the Dargah in Ajmer for four consecutive years to show his gratefulness to the Pir for the fulfilment of his vow. Besides, it is interesting to observe that along the road from Agra to Ajmer the Emperor travelled, he had large pillars erected to mark the spots where he and his retinue camped during the journey. The pillars were set at every three kilometres and they can still be seen standing today and serve as stark reminders of the high regard Sheikh Moin-uddin Chisti has ever been held not only by the common folk but by the High and Mighty as well.

The Dargah in Ajmer Shareef has always attracted devotees from all over India and the Indian diaspora — which makes Ajmer one of the most visited shrines in India. Sheikh Moin-uddin’s devotees transcend ethnicity, religion and cultures. In fact, among them there has always been as many Muslims as there are non-Muslims. They all come to solicit his intercession, his help to reach God (Allah) to fulfil a cherished vow or wish — a ritual, an exercise that has been going on, without interruption, for the past eight centuries or so. In fact, it is a phenomenon, a miracle, that is not replicated anywhere. To many the Sheikh is a Saint, to others, he is a Pir and to many others, he is a Wali-Allah (beloved of God) …

As a matter of fact, a personal friend of mine — a non-Muslim — who lived and worked in Delhi, India, for over a decade, confided to me that all the time he was in Delhi,  India, his wife always insisted that he took her to Ajmer to seek Kwaja Gharib Nawaz’s ‘help’ in assuring the success of their children whenever they were to write exams or go for job interviews etc.  And, for him to add — not without emotion:

— « Each time our vows, our wishes were fulfilled. We’re ever so grateful to the Khwaja!  So much so, now that I’m retired and all my children have achieved the success in what they had been striving for, each time I visit India, I always make it a point to make time to pay a visit to the Dargah of Khwaja Gharib Nawaz in Ajmer to express my gratefulness for his blessings on my family. »

By the way, it would also not be out line to tell here a story closer to our own beloved Mauritius and its history. It concerns Sir Abdul Razack Mohamed, one of the fathers of our Independence. It is related that, Sir Abdul Razack’s father, Seth Zakariyah Jan Mohamed, a millionaire trader and philanthropist, who owned businesses not only in Mauritius and in India but also in Burma, Sri Lanka (then Ceylon), Myanmar (then Burma) etc, was a faithful devotee of Pir Moin-uddin Chisti. He visited the Sheikh’s Dargah every year at Ajmer Shareef to seek the beloved Pir’s blessings. On one of his visits there, he had a dream. In the dream he heard the Pir Shahab, ‘telling’ him to be careful. His business was about to take a hit following the collapse of the price of sugar on the market and that he might well be facing a severe financial downturn. Seth Jan Mohamed, whose faith in Sheikh Moin-uddin was unshakable, paid good heed to the warning. He immediately got his teenage son, Abdul Razack, ready to sail to Mauritius from Kolkotta with whatever money he could muster to take with him to help salvage the business he already owned in the colony. Young Abdul Razack landed in Port Louis to take care of his father’s business — which he did with the help of the elders of his fellow Meimons.  As a matter of fact, it is said that the Meimon Muslims, whose ancestors were Rajput Hindus, had come to Islam through a karamat (miracle) of Sheikh Moin-uddin Chisti in Ajmer.

Young Abdul Razack managed all right in Mauritius and saved his father’s business and would himself turn out to show impressive acumen for trade and commerce. However, business would not be Abdul Razack’s only interest. He would eventually show interest in the cultural, social and political affairs of the community and go on to emerge as a leading political figure in the country and, as such, come to play a front-rank role, along with Sir Seewoosagur Ramgoolam and others, in the historic struggle for the independence of Mauritius. Indeed, Kolkotta’s ‘loss’ would prove to be Mauritius’ ‘gain’!

Ajmer Shareef is a lively city at any time of the day and the year. It is said, pilgrims arrive all through the day and the town is ever filled with devotees and also peddlers trying to sell their merchandises. There are also lots of beggars trying to cajole devotees and visitors to dispense with donations of money. It is a highly colourful and impressive place with a vast array of lights teeming up in the complex filled with burning incense and ever bustling with people. Indeed, the Urs (the anniversary of Khwaja), which takes place in January, is a festive time in Ajmer that goes on for several days. The crowd never seems to diminish. And the evenings are the most impressive and colourful. The whole place is filled with devotees and pilgrims all engaged in the many rituals like participating in prayers and Qawalli recitals. It is said that Sheikh Moin-uddin Chisti was the first Pir to allow his disciples to sing using music. And, down the years, Qawali recitals have become an integral part of what is a wonderful tradition in the Islamic folklore of India.  The Qawalli generally involves panegyrics to the Prophet of Islam (pbuh), to Sheikhs or other ‘holy’ figures in Islamic history. That they are well prized and appreciated by the general public as well as by the devotees, is borne out by the fact that Qawalli has, indeed, evolved into a very popular art form and is an interestingly pleasing form of invocation and prayer. The Qawalli poems are almost always written in the Urdu language and the participants are not necessarily Muslims. Urdu, as a language, evolved in Mughal India.

In her excellent book, « The Sufi-Saint of Ajmer », Laxmi Dhaul, a non-Muslim devotee of Khwaja Garib Nawaz, who has been on regular visits to Ajmer, talks of one of visits to the Mausoleum:

. . . the nicest times to visit the Dargah is in the evening, when the decorative lights are lit up and the Qawali singers are in place bringing life to the place. The traffic is less, and the ambience reminds you of the presence of the Great Sufi Saint. I have been fortunate enough to attend an URS and was lucky to be taken  along with the mass of devotees right up inside the Sanctum Sanctorum, through the  Gates of Paradise and brought out again. My only effort was not to resist the surge and flow of humanity that took me right in and brought me right out again with the grace of Khwaja Garib Nawaz!

The Pir of Ajmer has long become an iconic figure in the spiritual realm of India. He was not Indian but he is, doubtless, part and parcel of the spiritual folklore of India. His spirit and his memory survive till to-day. He is adulated, revered and venerated by all — irrespective of whether they are Muslims or not.

It is, indeed, most ironic that Ajmer, the sanctuary where thousands come to seek peace and tranquility, solace and comfort, health and success for themselves and of their loved ones, was the object of an unfortunate bomb blast on October 17, 2007.  It happened during the month of Ramadan. It took some time — almost ten years –but finally the police, fortunately, traced the culprits, who were charged and convicted, on March 22, 2017, and jailed for life. Later, it was also revealed that both were members of the nationalist Rashtriya Swayamsevak Sangh (RSS). The blast was the first such attack ever on the sanctuary and was, understandably, universally condemned. 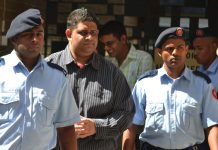