‘Tie in a living tether, the prince and priest and thrall,
Bind all our lives together, smite us and save us all;
In ire and exultation, Aflame with faith, and free,
Lift up a living nation, a single sword to thee’
(A Hymn: O God of Earth and Altar by Gilbert Keith Chesterton)

Lottery is one of the most popular forms of gambling in Mauritius and despite the country has been labelled as a ‘nation zougader’ by some politicians, the government is considering to privatise the ‘’Loterie Verte’’. After several decades under direct government control, it will now be given away to a private company. Was the performance of government managing the business of lottery poor? Lotteries managed by a state-owned entity can ensure a more effective control of the passion of gambling. Therefore, why is the Lepep government not sticking to its guns? If Mauritius is a ‘nation zougader’, should we not ban gambling adverts and open centres and support groups for problem gamblers instead?
While the debate in still on in the United Kingdom on whether to nationalise the national lottery, Mauritius is considering the privatisation of the Government Lotteries. The Mauritian government is ready to give away a licence to a private company to make millions when ALL the profits from the lottery games could have gone to hospitals, schools and housing for the hard working poor. In the UK, 25% of the takings from national lottery goes to good causes, 53% goes to prizes while only 5% goes to the management company and the rest to taxes. In Mauritius, 50% of proportion of the net proceeds received by the Director-General from the operator goes to the Lotto Fund to finance various public projects and reimburse public debt and the remaining percentage goes to the Consolidated Fund as per the Gambling Regulatory Authority Act. The only sensible way of dealing with gambling problem in a society is to nationalise the industry. Within a welfare state, national lottery should be operated by a ‘not for personal profit’ organisation.

Gambling and speculation are two different actions with the common objective so as to increase wealth. Both gambling and speculation carry a level of risk of losing the investment. Therefore, how can we rely on speculative urbanism and promotion of gambling to build a nation? The process of building a nation is through hard work and collective effort not through luck, hope or chance. In German cinema of the 1920s, gambling was often associated with decadence which harms the economic system. Fritz Lang’s 1922 film Dr Mabuse the gambler depicts a post war Germany facing difficult problems such as soaring crime, worthless money, volatile share market all under the control of one man. Mabuse is a criminal mastermind, a master of disguise and a notorious gambler manipulating people to carry out crimes. According to Norbert Jacques, creator of the character, the ‘real’ Mabuse is some kind of spirit that possesses a series of protagonists in his novels. Dr Mabuse the gambler remains one of the greatest villains of cinema and the ‘spirit ‘of Mabuse continues to live on in any decadent society. Since 1950s, Germany rose from the ashes of World War II to become a great power with a prolonged economic growth known as the « economic miracle » (Wirtschaftswunder) through the hard work and discipline of the German people. 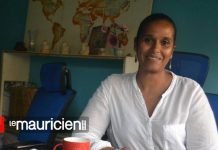 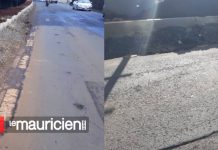 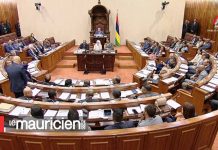