In his new year’s address to the nation, the PM asked his opponents to accept the election results with dignity. In order to support his address, he reminded us that SADC and the African Union had endorsed the results of the 2019 elections, describing them as ‘free and fair’. Little does he seem to know that the top court of Kenya reversed the results of the 2017 elections and this even after SADC, the AU as well as John Kerry, former US Secretary of State and head of the Carter Centre, had declared the Kenyan elections “free and fair”. However, the imprimatur of the international observer mission did not stop the Kenyan judiciary from acting independently and with dignity. In so doing, it brought back electoral justice to the Kenyan nation.

The dictionary’s definition of dignity is the state or quality of being worthy of honour and respect. What informs honour and respect are values such as Truth and Justice. The question that arises is: how can an election fraught with irregularities and anomalies, creating all sorts of doubts in people’s minds be accepted with dignity? In addition to the electoral petitions, we now have the judicial review of the Reform Party, exacerbating the skepticism expressed in various quarters regarding the integrity and credibility of the elections.

Call the absence of the Opposition at the presentation of the Government Programme a boycott or ‘une rentrée dans la discorde’, this absence remains a gesture of communion and participation in collective action, indicating what dignity is truly all about.

Attending the presentation of the Government Programme would be tantamount to an illogical response and a lack of respect for the 63% of the population who did not vote for the Jugnauth government.

This reflexion on dignity resonates with Nobel Laureate Rabindranath Tagore’s most well known work : ‘Gitanjali’. Poem no. 35 of this collection tells us: “…Where words come out from the depth of truth;

Where tireless striving stretches its arms towards perfection,…

into that heaven of freedom, my Father, let my country awake”.

Elections can be a time of great awakening but when money politics invade the electoral space, when ethics and morality thin out, when members of the incumbent government/ruling party play critical roles in the electoral process, the latter’s neutrality and objectivity are often impacted upon, leaving no room for integrity and any ‘awakening’ whatsoever.

Can an opposition engage in “tireless striving” and operate from the “depth of truth”? Yes, it can and in so doing, it will act in the most dignified manner and command the respect of the citizenry.

The Opposition’s boycott has triggered the argument that it should also refrain from engaging in the debate. Not participating in the debates, however, would mean failing large segments of society. Many have pinned their hopes on their parliamentarians. They see the latter as makers of constructive politics, as GUARDIANS of our Constitution and as contributors to a better society.

Many citizens understand the meaning and usefulness of debate for democratic consolidation and delivery of development. These are the people who want programmes and policies which speak to their realities, the depoliticisation of our institutions, transparency, accountability, meritocracy… They may be pleased that a national minimum wage has been introduced, that pensions for the elderly have risen but are worried about the growing polarization of our society, the ‘we are government and we decide’ approach that the Jugnauth-led government had adopted between 2014-2019 and which will more than likely continue to embrace. We have heard that the Government Programme is couched within a framework of continuity. If continuity means the entrenchment of the “culture of opacity”, the persistent “petit copinage” and arrogance, there is little chance for people’s aspirations and expectations to be met.

For the past 5 years, we have seen the nation’s debt level expanding rapidly, poverty and inequality rising, waste increasing, corruption becoming endemic, and the economy going in the red. Drugs and drug traffickers proliferating, human rights being trampled upon, the distresses resulting from climate change increasingly visible. Needless to say that the results of the PSAC and the SC testify to a failed educational reform. They also show how schools continue to contribute to the exclusion of large cohorts of students, causing youth disaffection and representing a time-bomb in the making.

In such a context, parliamentary debates are more than necessary since they can provide a platform for parliamentarians to do precisely what the philosopher Stéphane Hessel recommends: “Indignez-vous!”. Expressing one’s indignity at injustices, opacity and poor governance is the other face of the same DIGNITY coin. Complementarity between parliamentarians and civil society can assist towards a more effective ‘opposition politics’, one which promotes accountability in the interest of all. This can go a long way in salvaging our democracy, ensuring an alternative/more just vision of society.

We often think we are a model of democracy for the rest of Africa to emulate but perhaps we have a lesson or two to take from the Supreme Court of Kenya which reversed the election results of the 2017 presidential election. In reading the verdict, Judge David Maraga described Uhuru Kenyattas’s victory as ‘invalid, null and void’ and highlighted that the electoral commission has ‘neglected or refused to conduct the presidential election in a manner consistent with the dictates of the constitution….’

Reacting to the verdict, John Githongo, former head of Kenya’s anti-corruption commission, commented on the international observer mission: “They are going to have to wipe a huge amount of egg off their faces.” No dignity left!

Let us wait and see how our courts and judges will respond to the various legal challenges lodged by the different parties. Meanwhile, ‘Restons des dignes citoyens de la République de Maurice’.  Let us work together to avoid a repeat of what I described as a “black chapter in our electoral history”, in one of my recent articles. 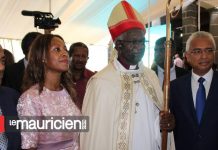 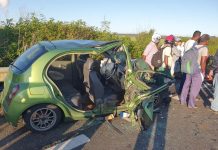