After two months of hearings, the landmark trial where 7 former France Telecom executives (including the former CEO and the former head of human resources) stood accused of putting in place a toxic management system designed to force workers out, was expected to conclude on July 11, 2019. Between 2008 and 2009, it is estimated that 35 employees of the company (known since 2013 as Orange) committed suicide. Nineteen of these cases have been brought before the criminal court, along with 12 attempted suicides and 8 cases of employees with severe depression or other related health problems. State prosecutors have urged judges to find the executives guilty and hand down the maximum prison sentences and fines.
Whatever the outcome of the case, however, one thing is clear: employers are and can be held legally accountable for the health problems experienced by their employees because of excessive stress generated by their management style and decisions. This is precisely the point we argued in an article published in December 2018 (https://www.lemauricien.com/article/should-employers-be-accountable-for-employees-mental-health/).

It should be noted that toxic management practices affect employees at all levels of the organisation (many of the victims at France Telecom reckoned years of experience and occupied managerial positions). Those at lower levels often feel helpless while those occupying the higher echelons have been conditioned to believe that one has to be thick-skinned to thrive in the corporate sector to the extent of sometimes foregoing all self-respect and dignity. For executives, complaining about the health problems created by workplace practices would imply that they are weak – so they suffer in silence. A few months back, I came across a sales manager in his mid-fifties working for a reputed organisation in the capital who told me in a matter-of-fact manner that he regularly suffered from diarrhoea in the morning of the monthly sales review meetings because of stress. One can only imagine the type of pressure he was subjected to during the meetings that led to these symptoms. Unfortunately, this happened so often that he had come to consider it ‘normal’.
If the concerned employees, and people close to them, seem to consider situations like the one described above as inevitable and to some extent normal without being concerned by the long-term health impact, the absence of reactions from the public at large comes as no surprise. In fact, there is considerable public outcry at decisions to cut down a dozen trees on state lands, and no comparable reaction when hundreds of jobs are cut in an organisation. Environmental pollution clearly attracts more attention than the ‘social pollution’ caused by toxic management practices. What is often overlooked is that sustainable development is not possible without human sustainability.

Those who argue that ‘tough’ management (a euphemism for toxic practices) is inevitable if one is to ensure profitability in the current competitive environment, need to be reminded that their argument is not different from the ones used to justify slavery or child labour not long ago. And yet today such practices are considered illegal.
It used to be the case that companies accumulating significant losses over a number of years decided on layoffs as a last resort when all other measures had failed. Nowadays, companies making hundreds of millions in net profit do not hesitate to lay off people if their spreadsheets indicate that this would improve short-term results. I recently met a young man reckoning 6 years’ service in one such company (making hundreds of millions in net profit annually) who was told all of a sudden that his post had mysteriously become redundant and that he had to vacate his office within a week. He was offered a compensation for his termination that was far less than what was due to him and was made to believe that this was a generous offer, and that if he initiated any legal action, he would antagonise the organisation. This was a thinly-veiled threat that his future employment prospects would be jeopardised!
It is clear that work relations have over the years become blatantly more transactional while paradoxically companies pretend that boosting employee engagement is one of their priorities. Engagement, like loyalty, cannot be bought or fostered by communication gimmicks. One has come across organisations whose main reaction to their low employee engagement scores was to change the supplier of the questionnaire used for the survey. The scores reported by the new vendor turned out to be very similar!

It is also not surprising that in the numerous articles / interviews about the recent fall in tourist arrivals, hardly any of the ‘experts’ have referred to the management style prevailing in many of the concerned organisations. Unhappy employees are not likely to delight customers. Underpaid employees who have little employment security and who have seen their colleagues being laid off with little concern for them as human beings are not likely to be committed and loyal, to recommend their organisation to other prospective employees, and to be enthusiastic about offering exceptional service. Nor would they be keen on exhibiting the warmth that would encourage the tourists to come back and / or recommend Mauritius as a destination. It is not surprising that one of the solutions being proposed to deal with labour shortage in the tourism sector is having recourse to more migrant labour – the kind that would not have high expectations regarding working conditions. One may wonder to what extent service quality will improve with poorly paid migrant workers.

To conclude, we need to recognise as a country that our long-term competitiveness in the service sector depends largely on how we lead our organisations, on how we treat employees, and how engaged they are as a result. The same applies to the knowledge sector. A purely transactional approach will result, at best, in employees working simply because they need to provide for their families and repay their loans. It would not necessarily result in people willing to go the extra mile, to innovate and to give the best of themselves. As Jeffrey Pfeffer recommends in his latest book ‘Dying for a Paycheck’ (2018) published by the Stanford Graduate School of Business, we need to be prepared to assess and, name and shame organisations based on their people management practices – just as we have done for those who pollute the environment, because toxic management practices harm employee health in a significant manner, and can sometimes kill (as in the case of France Telecom).

The author cites research indicating, for instance, that for men, “prolonged exposure to work related stress [a consequence of toxic management practices] has been linked to an increased likelihood of lung, colon, rectal, and stomach cancer and non-Hodgkin lymphoma” (p.51). Ironically, while organisations may reap short-term benefits from their management practices (even this is questionable), the related costs are borne by the victims, their families and society at large (whether it is the public funded health system or insurance companies). 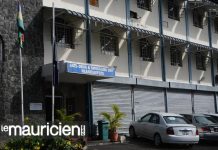 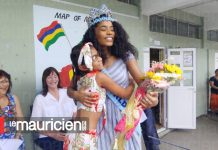