Is there anyone who gives a toss about noise pollution in this country?
It seems that having a nice, peaceful evening is more of a utopia than ever in Mauritius, especially for us, inhabitants of Emerald Park Trianon. Indeed, no-one is above the law, we are made to believe.  Yet, several law-abiding citizens and I have had enough of this annoying serial noise polluter.  We are at our wits’ end! A certain club in Trianon has been constantly bombarding our eardrums till late in the evenings and early hours of the mornings, defying constant reminders by the police and the Police de L’Environnement. Mind you, noise pollution causes emotional or psychological effects — irritability, anxiety and stress. Lack of concentration and mental fatigue are significant health effects of noise.
However, this is only part of the problem.  The biggest one is that we are totally clueless about who to call.  We are treated like ping-pong balls! The police tells you to call the Police de L’Environnement, the Municipal Council of Quatre-Bornes claims that it is none of their concern and yet they dish out all sorts of permits and one officer even told me that he was unaware about which permit was issued while the Ministry of Health and Ministry of Environment are confused about this issue. Yet, we have an Environment Protection Act 2002, which clearly defines the road map and actions to be taken by the authorities.
Needless to mention the hell we have been going through due to the noise caused by our very inconsiderate neighbour. To be bombarded by loud noise till early hours of the morning is a recurrent agony. The Police de L’Environnement knows us well now and the same goes for the Municipal Council of Quatre-Bornes, Rose Hill Police Station and the Ministry of Health. This serial noise polluter constantly flouts the law without being worried. For the past two years, we have been fighting for some peace and quiet. Can you image having noise in your backyard on Friday nights, whole Saturday mornings and evenings and equally whole Sundays, punctuated by shouting and swearing during weekdays till 10 pm? A contravention has been issued and several high readings from the Sonometer were taken.
We believe that nothing has been done so far to address the ‘tamtam’ due to the fact that the club has influential members and the authorities cannot dare touch them. We have talked to the polluting club and made a simple human request by pleading with them to keep the noise down. Their answer?  Well, we were bluntly told that they have to make money and therefore have to rent out. And even worse, we have even been told that the club existed way before we lived there and we could sell our house and move, for all that it matters! Is this what we call a civilised society with neighbours consistently flouting the laws and authorities too scared to bother and taking so long to take action? Is this 21st century Mauritius?
Countless letters have been sent to the relevant authorities and honourable ministers and yet we are still being ignored. Nothing has been done. All the authorities need to do is to issue a stop order or a prohibition notice. But in our case, it has all fallen on deaf ears! The irony!
So, for how long will this farce last? On whose door should we knock to get peace and justice? Is there anyone who cares at all? 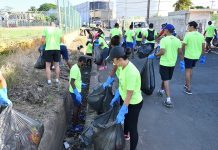 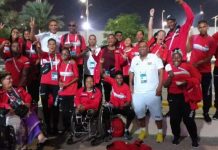 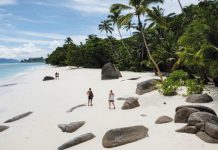