You are presently attending the 26th UN Climate Change Conference of the Parties (COP26) in Glasgow held from 31 October – 12 November 2021.
The importance of this summit is heightened by the latest IPCC report that shows an alarming trend of rising global temperatures and the urgent need to drastically reduce emissions of Green House Gases (GHG) if net-zero emissions by 2050 as pledged at the Paris Climate Summit in 2015 is to be achieved. Speaking of the first part of the Sixth Assessment Report, ‘Climate Change 2021: The Physical Science Basis’ as a Code Red for Humanity, the UN Secretary General stressed: “This report must sound a death knell for coal and fossil fuels, before they destroy our planet… Countries should also end all new fossil fuel exploration and production…” (1)

In its Update of the Nationally Determined Contribution of the Republic of Mauritius (NDC) to the United Nations Framework Convention on Climate Change (UNFCCC), Mauritius has pledged to transition out of coal and to expand renewable energy in the electricity mix from 40% to 60% by 2030. (2). At COP26 you will most certainly focus on the conditional support for mitigation and adaptation from international sources and donor agencies amounting to USD 4.2 billion, accounting for 65% of total funds that need to be mobilised, as per figures released by your government on 11th October 2021 (3).

But within a few days of submitting this updated NDC your government announced the introduction of an Offshore Petroleum Bill in the National Assembly to provide a framework for “petroleum activities” in the Mauritian maritime zone. Pleading for funds for climate change mitigation and adaptation at the climate summit in Glasgow, while simultaneously moving for fossil fuel exploration and extraction in its maritime territory hardly signals seriousness and trustworthiness, and undermines credibility. The implications of this decision will surely not be lost on other participants, attendees and potential funders.
The introduction of the Bill a few days after the submission of the NDC leaves us, concerned Mauritian citizens, feeling bewildered and uneasy at the incoherence and contradiction between commitments under the NDC and the introduction of the Offshore Petroleum Bill. We feel let down in the face of scrutiny by the international community.
The dissonance between speech and deed, the failure to “walk the talk” is evident when we consider how the decision to promote fossil fuel extraction and use conflicts with the Paris Climate Agreement’s global target of net-zero emissions by 2050, and about how this Bill may also be in contradiction with NDC commitments themselves.

Indeed, Section 3. Scope and coverage that deals with “Absolute economy-wide emissions reduction target compared with a BAU scenario by 2030” of the NDC lists several sectors and activities that are to contribute to a reduction of emissions, either directly or indirectly. Directly, it is pledged to reduce emission from direct emitters (energy, transport, waste, industrial processes, and so on). Indirectly, it is pledged to have “mitigation co-benefits” as a result of adaptation measures and/or economic diversification plans such as building climate smart fisheries and aquaculture, and increasing carbon storage capacities of coastal ecosystems.

Yet Mr Prime Minister, the “new pillar” of economic diversification that you herald, offshore petroleum activities, is geared towards increasing emissions. We contend that this will totally annihilate the mitigation part of painstaking mitigation and adaptation actions, for which Mauritius has already received and will again be appealing for funds.
Mr Prime Minister, how will you plead Mauritius’ case for securing mitigation and adaptation funds while at the same time promoting major offshore “petroleum activities”? How will your government enlist the continued support of the International Renewable Agency (IRENA) when the organisation is advocating for and promoting an energy transition away from fossil fuels (not only coal) towards renewable energy (4) and for offshore oil and gas companies to upgrade their infrastructure and convert it for offshore renewable energy technologies? (5) Moreover, international funding agencies are moving away from fossil fuel financing. Where will the funding for the offshore petroleum activities come from?

Absence of a roadmap to the transition towards zero-coal

As disclosed in the NDC, the Government has announced that unconditional funding (6) for mitigation and adaptation estimated at USD 2.3 billion (around Rs 98,834,220) and representing 35 % of total funds required will be locally obtained through the Government and the private sector.
No breakdown of proposed local contributions has been made public. Limited information is available so far regarding mitigation, the main commitment being a transitioning out of coal by 2030 (in eight years’ time) as announced in the 2021-2022 budget.
The figures released by the government do not say what proportion of the estimated funding required for the mitigation sectors of USD 2.0 billion (around Rs 85,942,800) will be from local funds and specifically from the public sector. Other questions that need to be answered are whether the amount of local funds mentioned in the NDC for mitigation is relative to capital expenditure only or also takes into account operational expenditure? Given the volatility of fossil fuel prices (presently skyrocketing), has consideration been given to LNG/HFO price fluctuations?
In short, Mr Prime Minister, we are left to ask: Where is the roadmap to the transition towards zero-coal?

It has been stated that consultations with a selected group of stakeholders had been carried out in the preparation of the NDC, and that awareness-raising would be held to disseminate the findings of the updated NDC (7).

We note with concern that the Government (which has the final say in the document) has taken a unilateral decision to commit Mauritius in the NDC without a debate in the National Assembly. How can a government commit the country without parliamentary debate and consultation with the people of Mauritius and their representatives in Parliament for both zero-coal and the NDC? The calendar of the National Assembly could have been organised taking into consideration the date limit for submission of the NDC to UNFCCC.
Additionally, it has been noted that some of the documents used in the preparation of the NDC and mentioned therein are not available to the public. Transparency is key, Mr Prime Minister. We call on you therefore to direct relevant ministries and other bodies to update the Climate Change Information Centre (8) with all information relevant to the climate change mitigation and adaptation policies, and to pledges contained in the NDC.
We hope, Mr Prime Minister, that in these times where a national effort is needed to combat climate change and build our islands’ resilience, your government will take well-informed decisions and at last break with its practice of breaching good governance and transparency principles.

As a Small Island Development State, we cannot at a global Conference of Parties, ask the international community to fund adaptation primarily, hold past and current major emitters to account as victims of climate change, and then add to our mitigation account by committing to petroleum extraction in our vast Exclusive Economic Zone.
On the basis of all the above, we urge you Mr Prime Minister to withdraw the Offshore Petroleum Bill. This would be a strong signal to not only the Mauritian population – specially its youth – but also to the world that Mauritius is not in a business-as-usual mode and is firmly engaged in combatting climate change to avert a looming catastrophe on a local and planetary scale. You would thus also avoid inflicting uneasiness, embarrassment and indeed shame on Mauritian citizens during and after the COP26 summit.

(1) https://unric.org/en/guterres-the-ipcc-report-is-a-code-red-for-humanity/
(2) NDC document https://environment.govmu.org/DocumentsList/Update%20of%20the%20Nationally%20Determined%20Contribution%202021.pdf
(3) NDC document.
(4) https://www.irena.org/publications/2021/Jun/World-Energy-Transitions-Outlook
(5) https://www.irena.org/-/media/Files/IRENA/Agency/Publication/2021/Feb/IRENA_Oil_Companies_Energy_Transition_2021.pdf
(6) “Unconditional refers to “national effort”, that is, what a country can implement without any conditions and based on its own resources and capabilities, both public and private sector contributions.”, NDC document. Underlined emphasis is theirs.
(7) https://govmu.org/EN/Pages/PublicNotice.aspx
(8) https://environment.govmu.org/Pages/CCIC.aspx. The Climate Change Information Centre has been established with the support of UNDP, Inter-Regional Technical Support Component (IRTSC) of AAP and Japan International Cooperation Agency (JICA) under the Africa Adaptation Programme funded by the Government of Japan. 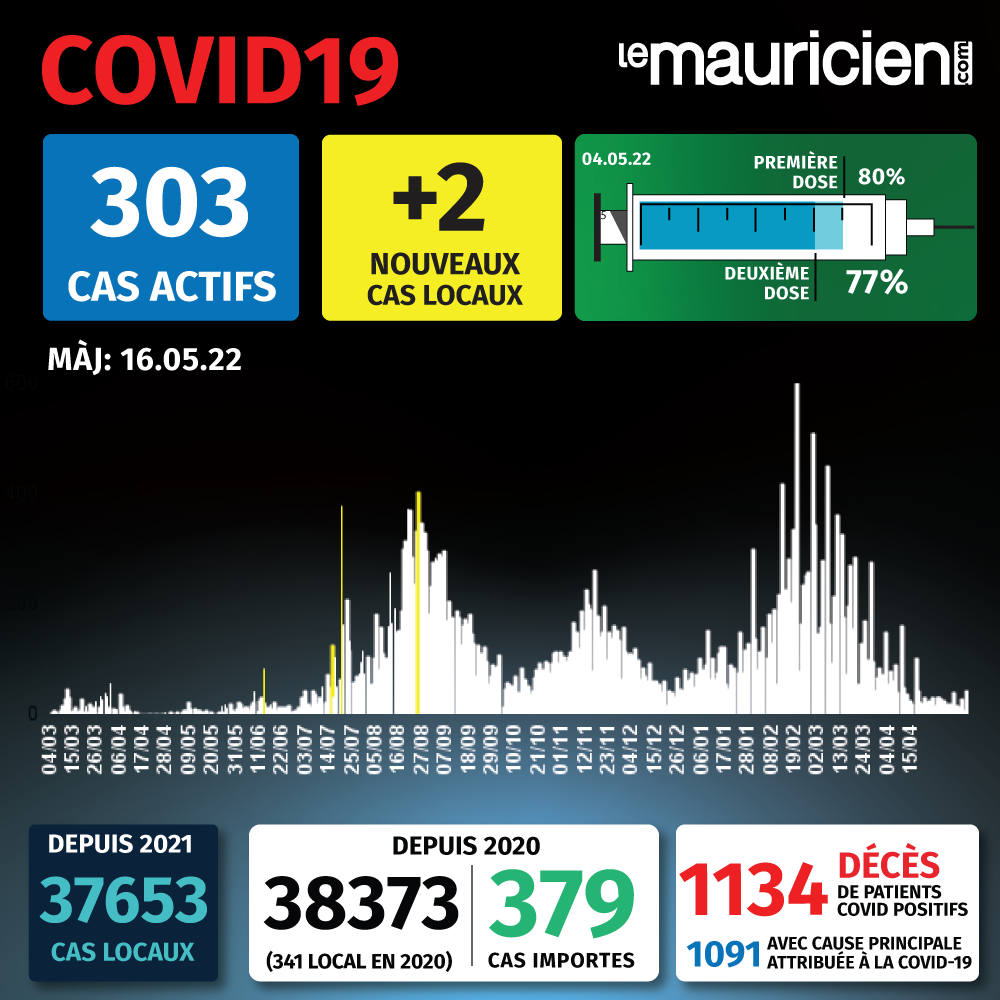