While many of us were and are still annoyed with the mystery of vanishing tickets in the context of the JIOI 2019 (Jeux des Iles de L’Océan Indien 2019) only to find some empty bleachers on our television set, the icing on the cake was when our honourable minister of sports desperately tried to justify that exasperating state of affairs; that Mauritians would not go to watch and support our Reunion Island neighbours!

There rightly followed an extraordinary uproar as everyone having an ounce of common sense would recognise the values disseminated by the JIOI, which absolutely reject pettiness, arrogance and ignorance. Instead, not only have the JIOI brought us together as a nation but have gone way beyond, making us appreciate the sacrifices and individual efforts of all athletes, irrespective of their nationality. We cheer for every single one of them as we see the islands of the Indian Ocean on one magical platform, promoting fair play, sportsmanship, respect and tolerance, team spirit and so many more values.
At the end of the day, the real winners are all of us; the people. The world is a dark place as it is and the JIOI are here to spread some sunshine and hope. Differences set aside, we are here to support each other, even from afar on our television set and that is the cement that binds us, neighbours of the Indian Ocean and citizens of the world. 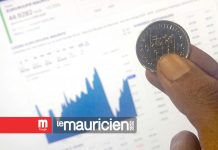 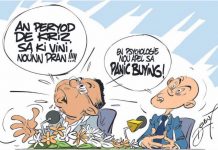