Today it’s 129 years since Dr Idrice Ameer Goumany passed away at Pointe aux Canonniers in very tragic circumstances. He came from a modest family of Camp des Lascars (the original name of Plaine Verte), but his exemplary service to the nation earned him an honourable place in history.

In 1887, Dr Goumany was among the first batch of Indo-Mauritians to be qualified as doctor. His grandfather originated from Cochin, Kerala, and came to Mauritius during the French colonial rule to work as lascar (seaman) at Port Louis harbour. Despite the prevailing injustices, discrimination and prejudices against the Indians, the Blacks and the coloured people, the Goumanys, like several other lascar families, worked very hard to climb the social ladder. Within a lapse of three generations, the Goumanys made a huge leapfrog in venturing to send their son, Idrice, for medical studies in Scotland. They had sold some of their properties and had contracted loans to finance the overseas education of their son with the hope that they would be able to pay back the debts once the doctor would start working. That was a big risk because Fate is never under one’s control.
In the 1880s, Mauritius was devastated by the deadly disease of small pox which was highly contagious.

The situation was further compounded by frequent arrival of ships transporting Indian indentured labourers, many of whom had caught the disease during the long and perilous journey from Calcutta to Port Louis. Upon disembarkation from ships, the sick Indian labourers were dumped in boats and carried to the quarantine of Pointe aux Canonniers for treatment. Unfortunately, the quarantine was without any doctor because all the doctors approached by the colonial authorities refused to work there or rather was unwilling to take risk of getting infected by this disease.

Dr Goumany was in the bloom of his youth, hardly thirty years old. A smart and chic guy, he was still a bachelor. All the good things of life were awaiting him. But at a time when the country was facing a health catastrophe, he reacted like a professional and true patriot. He responded positively to the call of the health department and agreed to take charge of the quarantine of Pointe aux Canonniers. He worked diligently, day and night, to cure the patients. He was successful in providing them considerable relief. However, during the course of his duty, he himself contracted this deadly disease. No doctor was available at the quarantine to treat him.

Even his family members were not allowed to visit him at the quarantine. The good doctor died on 28 July 1889. It was indeed a national loss. The colonial legislative assembly paid vibrant tribute to him. The death of Dr Goumany was described like the fall of a soldier on a battlefield. He was buried with full honour in the compound of the quarantine of Pointe aux Canonniers where his tomb is still maintained by Club Med, the present owner of the land. The demise of Dr Goumany was a great trauma for the Goumany family, whose tragedy was further accentuated by the burden of huge debts.

The life and exemplary action of Dr Goumany must serve as role model to the youngsters of the present generation. It is a commendable decision to give him national recognition every year on the occasion of Aapravasi Day. 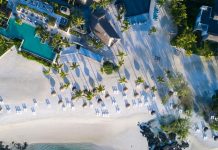 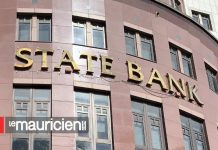