« You have travelled the world and think you have seen everything. But you have not yet learned the secrets of the human heart…” 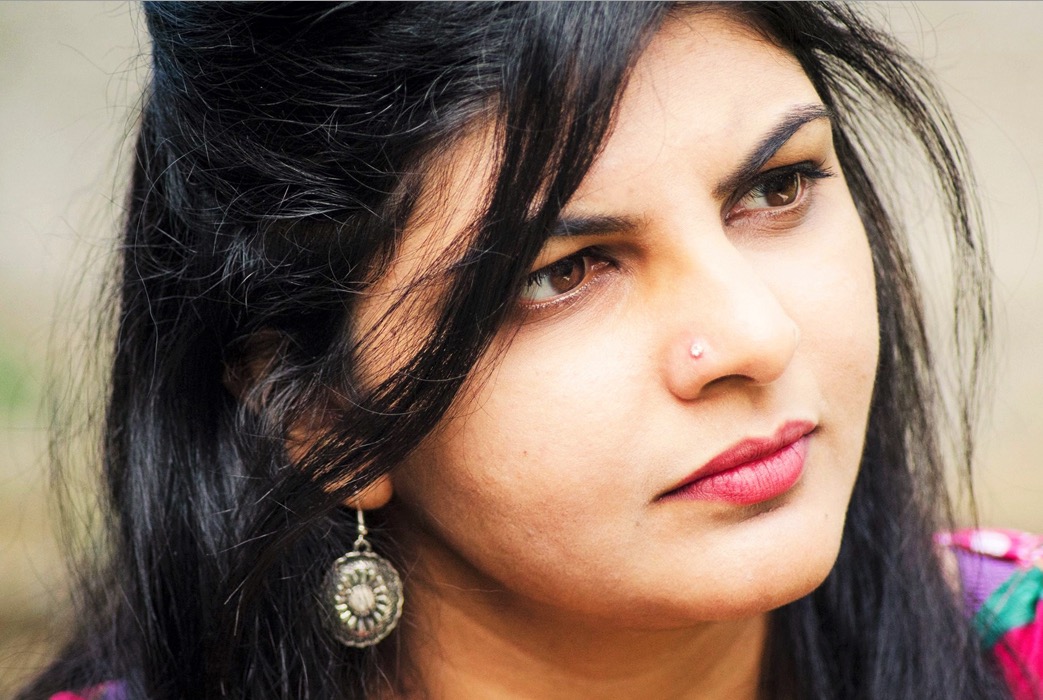 Thus spoke an old Jain monk to the young aspirant longing to renounce the world’s endless pleasures in A River Sutra by Gita Mehta. Gita Mehta or the awakening of India’s ancient consciousness. Gita Mehta or the scent of mystical paths. Beyond the politics of modern India, higher than the postcolonial realities, Gita Mehta’s writings transcend the world’s rumours to unearth the deepest “secrets of the human heart”. Engulfed by the agitated waters of pre-Independence times, brought up by militant parents who risked their lives to save political activists, conscious of the dark aftermath of British colonialism, Gita Mehta grew up amidst History’s fury in an India shaken by persistent calls for freedom. From the ironical diatribes in Karma Cola (1979) about the marketing of India to Westerners to Raj (1989) retracing the epic journey of Jaya Singh, the princess of Balmer amidst the vicissitudes of turbulent History, the writings of Gita Mehta focus on the wondrous heritage of Indian civilisation. On Snakes and ladders (1998), she affirms that she wanted to write a “postcolonial book”: “My definition of postcolonial is to say: this is what we are, faults and all. And any fault that exists in India today, we can no longer make any excuses about it. They are of our own making. I wanted to give a picture of modern India”.

Thus, her narrative plots are haunted by ardent pilgrims, tortuous seekers, murmuring rivers, sudden monsoons and endless legends cradled in India’s bosom. The echoes of a great civilisation keep resounding in every line: “I believe in W.H Auden’s definition of Civilisation, that is the degree to which diversity is retained and unity attained”. This diversity is rendered in multifaceted ways in A River Sutra where the “songs of Kabir, Mirabai, Khusrau, Tulsidas, Chisti, Chandidas, the wandering poets and mystics who had made India’s soul visible to herself” permeate the stories. It all happens in the vicinity of the Narmada River, silent witness to the erring of humans, treading on the unknown paths of life. It is a river sutra, a watery thread which runs through all the stories, linking them by an invisible power to one destiny.

While some seek the shade of the Kabirvad, others choose the reclusion of the Jain path. Some bathe in the love songs of Chandidas while others are fascinated by the ascetics’ penance. Some prefer the path of rituals while others get drunk with the wine of Sufism. Quawwaali singers from Nizamuddin cross the path of Carnatic musicians. Gita Mehta takes us back to that India where pluralism is profoundly anchored and where only astonishment can arise upon beholding the beautiful blending of the modern and the ancient. And while the Narmada flows, stories keep unravelling…

They are a mirror of the river’s multiple faces, reflected in the various legends surrounding its birth and its powers. The divine origins of the Narmada resurface in the opening chapter: Shiva was engrossed in such deep meditation that “rivulets of perspiration began flowing from his body down the hills”. These beads of sweat took the form of a woman. Sometimes she appeared as a “beautiful virgin innocently tempting even ascetics to pursue her, inflaming their lust” and at times as a “romantic dreamer”. “Her inventive variations so amused Shiva that he named her Narmada, the Delightful One”. Closely associated with sensuality and eroticism, the river portrays the seductive plays between lovers. Desire seems to seep through every ripple of the Narmada’s waters, testimony to the heat of the sacrifice from which she originated: “The water was still dark appearing motionless in the shadows like a woman indolently stretching her limbs as she oiled herself with scented oils, her long black hair loosened, her eyes outlined in collyrium”.

All the characters remain riveted to the river and evolve around her enigmatic holiness. Her reputation was so grand in ancient times that even the great Alexandrine geographer Ptolemy wrote about it. The ancient Greeks already knew about the religious suicides at Amarkantak, “of people falling to death or immolating themselves on the Narmada’s banks or drowning in her waters in order to gain release from the cycle of birth and death”. The astrological aspect of the river is also highlighted as she is believed to dispel Saturn’s malevolent effect. “Epileptics, depressives and other unfortunates rush to her banks” to unleash themselves from the harsh grips of swirling planets. Forsaken lovers, having experienced the fire of Desire and the pricks of separation also rush to the river to appease their torments. Appealing mistresses open the doors to sensual kingdoms: “Like a magician, she drew me into a subterranean world of dream, her body teaching mine the passing of the seasons, the secret rhythms of nature, until I understood why my grandfather’s books called these hills Kamarupa, the Kingdom of the God of Love”. But a baffled mistress’ curse is like a ferocious snakebite from which the lover rarely escapes. “Salutation in the morning and at night to thee, O Narmada! Defend me from the serpent’s poison”, cries out the mad lover. The snake, often coiling and uncoiling around every limb of Hindu mythologies, resurfaces as the guardian of the mightiest powers.

That is why the silhouette of the great Carrier of snakes, Shiva is haunting. The mythological confrontations between Shiva and Kama are portrayed to highlight the inextricable link that exists between Desire and Illusion, Love and Death, the world and the Void. Kama is the one who disturbs the meditation of Shiva by awakening Maya, “the Illusion of the worlds, the only woman capable of arousing the lust of the Destroyer of Worlds”. The heat of the ardent meeting between asceticism and Love, penance and devotion, sacrifice and faith is enough to burn whole worlds: “Enraged by the destruction of his meditation, the Ascetic had opened his third eye, the Lotus of Command and reduced Kama to ashes, even as he himself was being consumed by Desire”. And thus were born the silent Cosmos and the swirling paths to the “human heart”, filled with deep secrets which only few seekers can unlock.

“India always astonishes. Pluralism is profound to the Indian mentality” says Gita Mehta. The birth of the Kabirvad portrays this pluralism: “India’s greatest poet also floated down the river. Kabir, the man whose poems made a bridge between your faith and mine. When Kabir threw the twig into the river, the twig grew roots and it grew into a huge tree, the Kabirvad”, says Tariq Mia, the Sufi master. Mystical Islamism and classical Hinduism meet on the banks of the Narmada. “Ritual means nothing if you do not know the longing that precedes it” proclaims the Jain monk. Beyond knowledge and rituals, above pilgrimages and prescriptions, there is an abode that can only be reached by the fire of devotion, says Kabir: “O Servant, where do you seek Me? You will not find me in temple or mosque, in Kaaba or Kailash, O Seeker, find God in the breath of all breathing. Each finds his own path and the focus of his worship. But I centre my worship on the eyebrow of the Beloved”.

The Beloved, as Sufi saints call God… And the eyebrow of Shiva where Transcendence and Immanence meet…Out of this union, has emerged music. Gita Mehta recounts the birth of the Veena, by associating it with profound esoteric origins. Legend says that the Veena encompasses the whole beauty of the world in its globes, strings and frets as they are earthly incarnations of Parvati’s Grace: “Musicians believe that one morning after Shiva had made love to the goddess at night, Shiva rose from his bed and saw the Goddess still asleep. He had never seen her more beautiful. Shiva was moved by such tenderness by the sight, that he created an instrument to immortalise his wife’s immortal beauty – the first instrument of music, the Veena”. Ragas pouring from the Veena carry the characters to unknown shores and invisible mysteries. The father teaching music to his daughter first asks her to listen attentively to the sounds of Nature: “Do you know why birds sing at dawn and at sunset? Because of the changing light. Their songs are a spontaneous response to the beauty of the world. That is truly music”. Sa Re Ga Ma Pa Da Ni…

As Gita Mehta would say, these are only “stories about the human heart” and their intertwining reveals the one secret: “The lesson of Ahimsa must be learned by the heart and not the mind”. Men do not know that they are held in Ignorance’s clutches: “Many men die before they learn the desire for freedom lies deep within them, like a damned river waiting to be released”. Gita Mehta takes us to long-forgotten mythological abodes where the divine and the human are caught in the ever-lasting embrace of cosmos and chaos. She ignites the long-forsaken quest that breathes at the core of each human being, through her beautiful stories of love and loss, of faith and fear. Gita Mehta, the ardent activist. Gita Mehta, the maker of fables. Gita Mehta, the voice to the Absolute and the path to the Beloved… 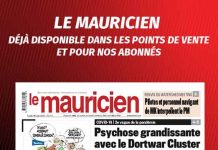