The Thompson Report submitted to the Colonial government in 1880 was the root cause that triggered the claim of an elective Council of Government and therefore the notion of political democracy in Mauritius. Yet the Report had absolutely nothing to do with politics as such. It concerned a survey made by R. Thompson, an expert in forestry from India on the proper management of our forests and rivers. His recommendations prompted the government to act fast in order to stop the “dilapidations” of forests and water resources. One of the government’s first steps was to proceed with the compulsory acquisition of lands found 210 feet from either side of rivers, hitherto exploited mostly by sugar estates. These lands were declared “sacrosanct” possessions of the Crown, acquired to protect forest lands and ensuring the free flow of river water supply to the colony. This measure seen as a radical one encountered immediate opposition from the “ landed proprietors”, for not only the lands they exploited were lost but they found themselves left high and dry without any compensation.

The “landed proprietors” were the Franco-Mauritians. Their protests were all in vain. It was only then did they realise they had no one in the Legislature who could voice out their grievances. The response would come at a “meeting” convened by Laurent Loïs Raoul at the Port Louis Town hall on 1 July 1882 when it was decided to send a petition to the Queen (Victoria) to demand a reform of the 1831 Constitution that would include an elective system in order to give the inhabitants “a voice of their own in the management of their affairs” in the Council of Government.

The Reform Movement was launched to safeguard the interests and champion the causes of the Oligarchy. But from the historic point of view, it was the pioneer of political democracy in Mauritius.

One of its leading members, William Newton, a Barrister of no mean reputation and Director of the newspaper ‘Mauritius Argus’, echoed the Reformists’ sentiments in a bold statement he made in 1880: “we should cease to be considered as a Crown Colony”, and that Mauritius was to be endowed with a “more liberal Constitution, more so, in keeping with the importance of the Colony and the acknowledged intelligence of its inhabitants”.
The demand for Constitutional reform mobilised the attention of the elite class. But hardly had the petition left the shores of Mauritius when the first crack appeared in the edifice of the Reform Movement.

Sir Célicourt Antelme, a brilliant Lawyer, and who used to call the tune of the Franco-Mauritian population began opposing, of all things, the idea of introducing the elective element in the proposed Constitution.

Though an experienced and seasoned politician held in highest of esteem at the Colonial office, Antelme’s advice to skip the claim for an elective system was not taken seriously by his colleagues. His arguments that the elective system would end up in “an invasion of our political life by the Indians” seemed to have been dismissed as frivolous.
It was on that issue that Antelme broke ranks with the Reform Movement and that dissension provoked a schism within the Franco-Mauritian community. Rather than a united front, two opposing factions locked in a bitter rivalry occupied the centre-stage of politics. That rivalry was to amplify during the stormy years of Sir John Pope Hennessy’s administration.

The Reform Movement was not after all a mass organisation. Its leaders were part of the upper class which exercised a major influence in the island’s political and economic fields. Who would dare challenge men of the calibre of Georges Guibert, a laureate of the Royal College in 1859, Barrister and Director of Savannah Sugar Estate, Henri Leclezio, Attorney-at-law and owner of several sugar estates and factories and Director of the Mauritius Commercial Bank, William Newton, eminent Barrister, Virgile Naz and Laurent Loïs Raoul, rich landed proprietors ?

Indeed, the Reform Movement adopted a more liberal posture and by clamouring for a representational Council of Government, it took the first step in charting the course of political democracy in Mauritius.
On the other side, fearing a new Constitution would let loose what was described as the “Asiatic spectre” and secure the preponderant influence of Indians in politics, Antelme was determined to cling hard to the status-quo by foiling any attempt at introducing a franchise.

But then, was Antelme’s fear justified? The number of eligible Indian voters was very much marginal – 295 – as the figure of the 1886 general election would indicate. The Indian migrant population numbered 250,000 out of 360,000 inhabitants. On its face value, given the negligible size of Indian voters, Antelme had nothing to worry about. But as a far-sighted politician, he could see the danger of being “swamped” looming in the horizon.
Still, the Indian factor seemed to render Antelme restless. He would turn his wrath on the Reformists calling them “hangers-on”. Such were the exchanges of acrimonious insults as, for example, William Newton at one point hit back describing Antelme as an “old ruffian”.
Anyway, Antelme’s vitriol not in the least bothered the Reformists who, in the meantime, had swung into action. Their demands to the Colonial office depended on the strength of the Governor’s recommendations and how impressed the Secretary of states for the Colonies would be. A petition with 3000 signatories urging the Earl of Kimberley to consider their proposals for a reconstituted 30-member Legislature made up of 10 elected members, 10 ex-officio members and 10 nominated members was kept in abeyance at the Colonial office. Not because Antelme sent a counter-petition dated 17 July 1882 but because the acting Governor of Mauritius, Sir Frederick Napier Broome, wrote an “adverse report” denouncing the petitioners’ demands.

In any way, the Earl of Kimberley at the very outset brushed aside the idea of an elective system because he would not allow “the Crown to surrender power and its controlling voice”. Nor would he allow the Governor to be defeated in the Legislature with the connivance of elected members. The second argument was that the Governor’s recommendations would be fully assessed before a decision was reached.

But Sir Napier Broome’s report painted altogether a grim picture of the social environment obtaining in Mauritius. “We have to deal with 360,000 people”, he wrote, “In an island riven by half a dozen classes and races, distinct cultures, religions and languages, foreign to each other. None are bound by common ties and interests”. As such, he wrote, “there is no one who is entitled to speak in the name of the inhabitants of the colony…”.
If not, the “agitation” whipped up by the Reformists, he wrote, was but a cry in the wilderness derived from “frustration by the new political interest and educated class who is denied access to public life…”

He denounced the petition which he said contained signatures of Indians who had no knowledge at all of what they were signing and why.

Regarding the Reformists’ proposed 30-member Legislature inclusive of 10 elected members, Napier Broome wrote, “I do not believe that this kind of hybrid Constitution is in itself a convenient one, except as a step towards responsible government which, humanly speaking, can never be introduced in Mauritius”.
Kimberley’s attention was drawn to the fact that “the petitioners are representatives only of a very small minority of the upper class”.

Broome concluded his report by sounding a note of caution that “any electoral suffrage which would be adopted in this colony must do one of two things: it must shut out the Indians and the descendants of the old slave population, or it must place power in the hands of an ignorant mass of people not fitted to exercise it”.

That argument seemed to have persuaded some officials at the Colonial office that a new Constitution would spell disaster for Mauritius. The statement of the Under-Secretary of State for the Colonies, Sir Robert Herbert, as recorded in a Minute dated 6 January 1883 that “an elected Chamber would obviously be a very dangerous force in a country peopled by Indians, French and Negro-half breeds with a small minority of English” reflected the fear of officials in London and almost defeated the claims of the Reform Movement.
The only concession Sir Robert Herbert made was by way of enlarging the composition of the Legislature when he suggested, on account of the vital role played in the economic field by the Chamber of Agriculture and the Chamber of Commerce, “the soul of this colony”, that their respective Presidents as well as the Mayor of Port Louis be made unofficial members of the Council of Government and a fourth seat be allocated to “a decently well qualified representative of the Indian or coloured inhabitants, if we can find one”.
In England, the Secretary of State, the Earl of Kimberley, was replaced by Lord Derby and the acting period of Sir Napier Broome ended in May 1883. With Sir John Pope Hennessy, a fervent advocate of Home-Rule, at the helm of the Mauritius administration, hopes of the Reformists rekindled.

As for Sir Napier Broome who sabotaged the Reformists’ project, he was made Governor of Trinidad and had to grapple with a similar Constitutional demand there. He would concede years later in 1895 when comparing the design of the Reform Movement in Mauritius with that of Trinidad that “the strength of the movement in Mauritius was much greater than the movement in Trinidad. The Mauritius party of Reform put the Trinidadians altogether into the shade”.

For Napier Broome, his assignment in Mauritius was but a missed opportunity to earn a pride of place in the Constitutional history of Mauritius. His obstructionist manoeuvres and the rift in the influential community, contributed largely to the collapse of the reform agenda of the Reform Movement which, it must be acknowledged, sowed the seeds of political democracy in Mauritius in 1882.

Constitutional reform |The Battle for our first elective ‘Parliament’, By ANAND MOHEEPUTH 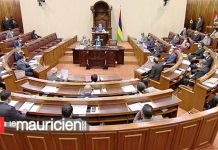 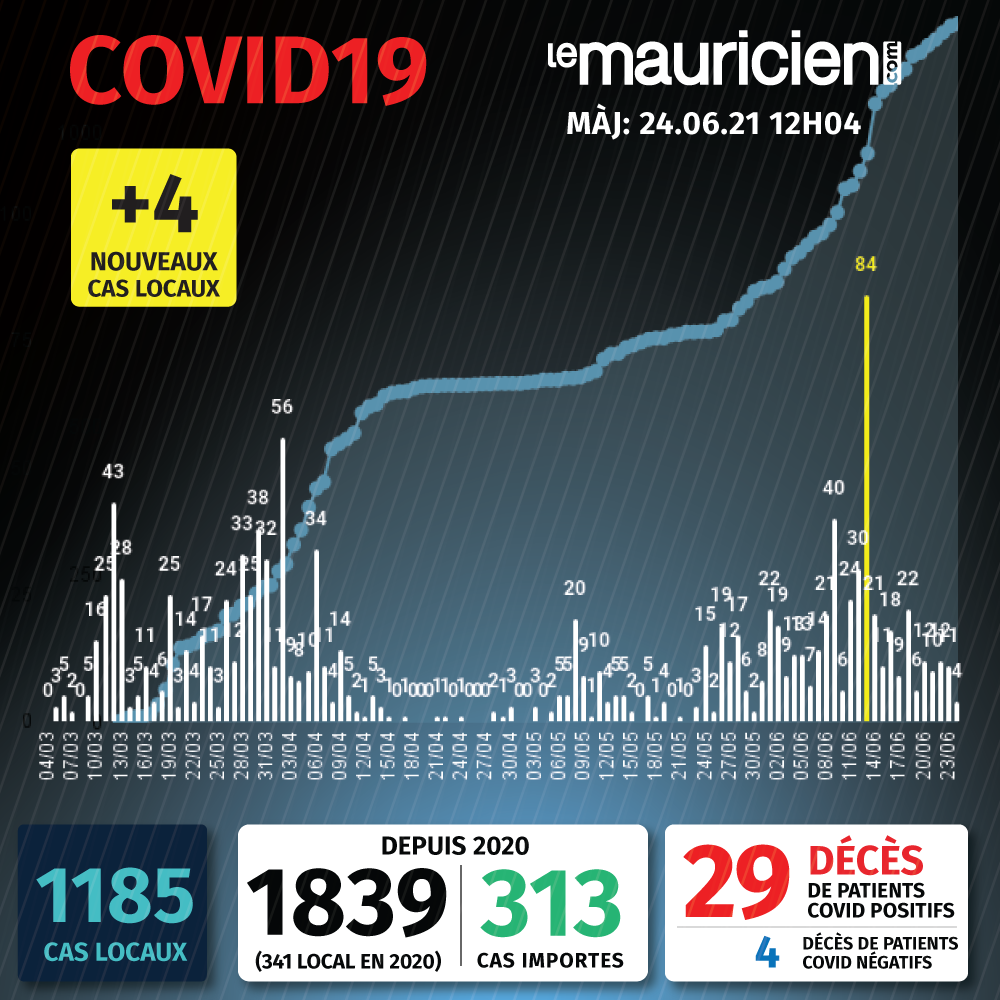