The irony of Britain searching for an independence day would not be lost on many around the world. Sixty two countries, at the last count, have an independence day from Britain – a Guinness World Record for ‘most countries to have gained independence from the same country.’ Dubai may have the Burj Khalifa for the moment, but Britain is in no danger of losing its world record for the foreseeable future.
However on Monday 25th February 2019, an asterisk was added to Britain’s world record. At the Peace Palace in the Hague, the International Court of Justice – the judicial body of the United Nations – ruled that ‘the process of decolonization of Mauritius was not lawfully completed.’ The advisory ruling handed down by the court referred specifically to the detachment of the Chagos Archipelago prior to Mauritian Independence in 1968. While the rest of Mauritius became independent, the Chagos Archipelago remained under British administration. The court concluded that the UK had ‘an obligation to bring to an end its administration of the Chagos Archipelago as rapidly as possible,’ and ‘complete the decolonization of Mauritius.’
While the news was jubilantly received in Mauritius, the story quickly faded into obscurity in the 24 hour news cycle in Britain. Brexit, Trump, and the conflict between India and Pakistan conspired to keep Mauritius off the headlines – perhaps understandably so. But it is a story that post-Brexit Britain may have to pay closer attention to as it goes in search of its own ‘independence day.’
From 1967 to 1973, the United Kingdom forcibly removed every single Chagossian from the Archipelago. The largest island, Diego Garcia, was promptly leased by the British to the United States for use as a military base. Brexiteers who fantasise about liberation from Brussels should do well to read the statement given by Liseby Elysé as part of the Mauritian delegation at the International Court of Justice. Born in Peros Banhos (part of the Chagos Archipelago) like her parents and grandparents, Elysé remembers the day when the administrator announced they had to leave her ‘paradise island.’ Soon after a ship, the Nordvaer, arrived. Leaving all personal belongings behind, she boarded the ship with her fellow islanders at night – it was so dark that they could not see the island as they left. In the hull, in her own words, ‘like animals and slaves […] people were dying of sadness.’ Four months pregnant when she made the journey, Elysé tragically lost her child after she arrived in Mauritius. 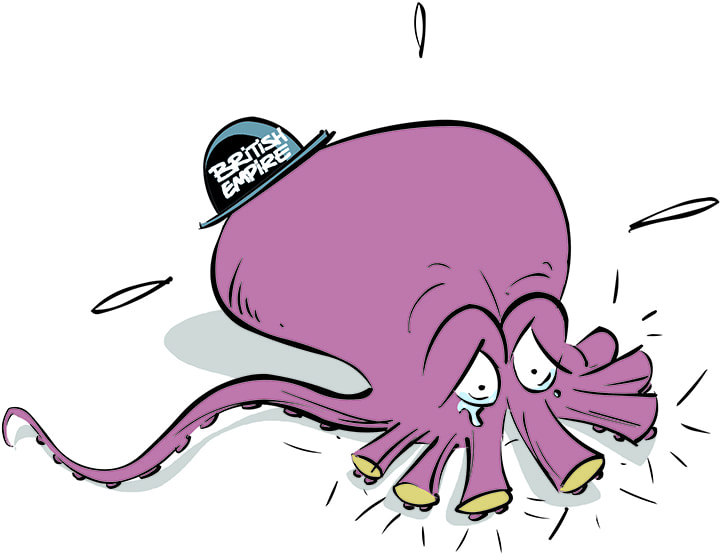 Concluding her statement, Elysé said:
‘I still don’t know how I left my Chagos. They expelled us by force. And I am very sad. My tears keep rolling every day. I keep thinking I must return to my island. I maintain I must return to the island where I was born and I must die there and where my grandparents have been buried. In the place where I took birth, and in my native island.’
Today the Chagos Islands remain under British rule and there is still an American military base on Diego Garcia. The Chagossians have been exiled to the island of Mauritius as well as to the Seychelles. A substantial number of Chagossians have also settled in Crawley, West Sussex. As if to prove that there is no end to its Kafkaesque cruelty, the British Home Office threatened Chagossians living in the UK with deportation – indeed some were deported. This was despite their eligibility for British citizenship and their inability to return to their place of birth. Third generation Chagossians in exile have also faced paying thousands, ten thousand in some cases, to secure British citizenship. While only advisory, the ruling represents a huge victory for Chagossians and opens up the possibility of one day returning home.
When over 17.4 million people voted to ‘Take Back Control’ in Britain, few did so thinking that it would be a small African island doing just that. But the Brexit vote has left the country with fewer friends on the world stage. A Mauritius-backed resolution at the United Nations General Assembly, concerning the Chagos Islands, passed 94 to 15. A humiliating defeat for the United Kingdom, made all the worse by seeing many EU member states abstaining. European states that could once be reliably trusted to vote with Britain, in a show of continental solidarity, no longer feel obliged. Partly for this reason, the International Court of Justice does not feature a British judge for the first time in its history.
If, as Theresa May claims, Britain is to become ‘Global Britain’ after Brexit, then a thorough engagement with its own history is needed. May has talked of Britain’s ‘unique and proud global relationships’; this is not, perhaps, how every member of the Commonwealth remembers the last time Britain tried ‘going global.’ The legacy of Empire is complicated and it does, inconveniently, feature violence, oppression and coercion as tools of imperial control. ‘But we gave them railways,’ or ‘at least we were nicer than the Belgians,’ are unfortunately not viable arguments to discard these inconveniences. Britain is not the only European country with a troubled colonial past, nor is it the only one with continuing questions to answer. However, it is the only nation currently leaving the European Union. In rekindling old ‘relationships’ in this brave new world, the words and rhetoric that members of the British government employ matter more than ever. When the former Foreign Secretary Boris Johnson’s resignation letter cited his fear of the UK ‘head[ing] for the status of a colony’ of Brussels, the Mauritian delegation wasted little time in using this against the British government. How could, asked Professor Philippe Sands, the United Kingdom ‘not wish to be a colony,’ while defending its ‘status as a coloniser of others.’ Maybe Johnson’s policy of ‘having his cake and eating it’ has finally backfired.
For Mauritius and many other countries which were once colonised, the words ‘independence day’ mean a great deal. If Farage, Johnson and their supporters still argue that Britain is a colony of Brussels waiting for national liberation – even after reading Liseby Elysé’s testimony – then there is little that can be said to change their minds. Maybe Britain will have its people exiled and prevented from returning. Therefore all that is left to do is to wish those brave freedom fighters good luck on their quest for an independence day. In fact yesterday evening,12th March, members of the British Parliament had an opportunity to vote for their supposed independence. Parliamentarians debated and rejected, for now, Theresa May’s EU withdrawal agreement. As they did so, they were unlikely to be aware of the significance of 12th March to Mauritians: Independence Day, marking an end to British rule. Nevertheless, while both countries talk of independence, it may be worth asking which of the two has taken back control.